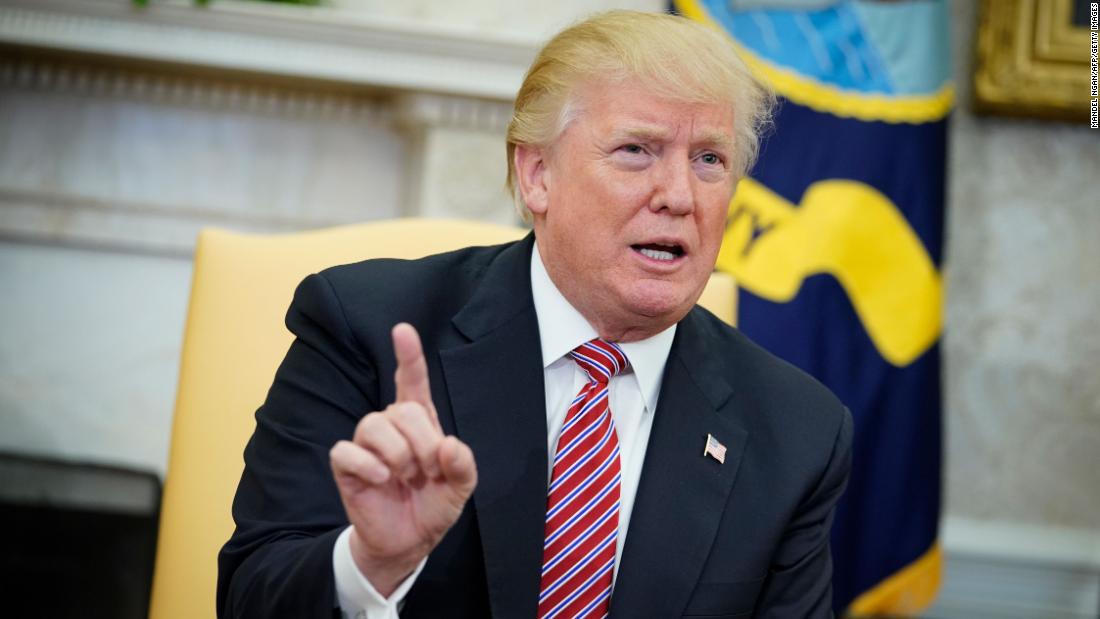 CREW’s March letter to both Deputy Attorney General Rod Rosenstein and acting ethics chief David Apol requested that the Justice Department and the Office of Government Ethics look into the matter for potential violations. On Thursday, the group amended its complaint to include the statement from Rudy Giuliani Wednesday night that Trump had reimbursed Cohen for the $130,000 payment to Daniels, whose legal name is Stephanie Clifford.
In a statement accompanying the amended complaint, CREW Executive Director Noah Bookbinder said, “It’s not often that the president’s lawyer goes on television and appears to confirm one of our complaints.”
Walter Shaub, the former head of the Office of Government Ethics and a CNN contributor, charged in a Twitter post on Thursday that by “trying to talk his way out of a campaign finance violation, Trump has admitted to filing a false financial disclosure in 2017.”
“I normally assume omissions are inadvertent,” Shaub said in a follow-up tweet. “However, given all of the deception about the Stormy Daniels payment, it is pretty hard to believe this was not intentional.”
After news of the payment to Daniels prompted campaign finance complaints earlier this year, Cohen admitted to facilitating the payment. Trump said later that he had been unaware of the payment, but on Wednesday night, Giuliani said Trump knew of the arrangement, and Trump took to Twitter on Thursday morning to acknowledge that he repaid Cohen through a monthly retainer.
Trump denied on Thursday that any campaign money had been used to reimburse Cohen and said he was paid via retainer.
“Mr. Cohen, an attorney, received a monthly retainer, not from the campaign and having nothing to do with the campaign, from which he entered into, through reimbursement, a private contract between two parties, known as a non-disclosure agreement, or NDA,” Trump wrote Thursday morning on Twitter.
“These agreements are very common among celebrities and people of wealth,” Trump continued. “In this case it is in full force and effect and will be used in Arbitration for damages against Ms. Clifford (Daniels). The agreement was used to stop the false and extortionist accusations made by her about an affair despite already having signed a detailed letter admitting that there was no affair. “
He added, “Prior to its violation by Ms. Clifford and her attorney, this was a private agreement. Money from the campaign, or campaign contributions, played no roll in this transaction.”
CREW charges that because Trump’s financial disclosure form last year admitted no such liability, it was likely a violation of federal law.
When asked on Thursday if the form was fraudulent, White House press secretary Sarah Sanders referred the matter to Trump’s lawyers.
“I don’t know,” Sanders said. “You would have to talk to the President’s outside counsel.”