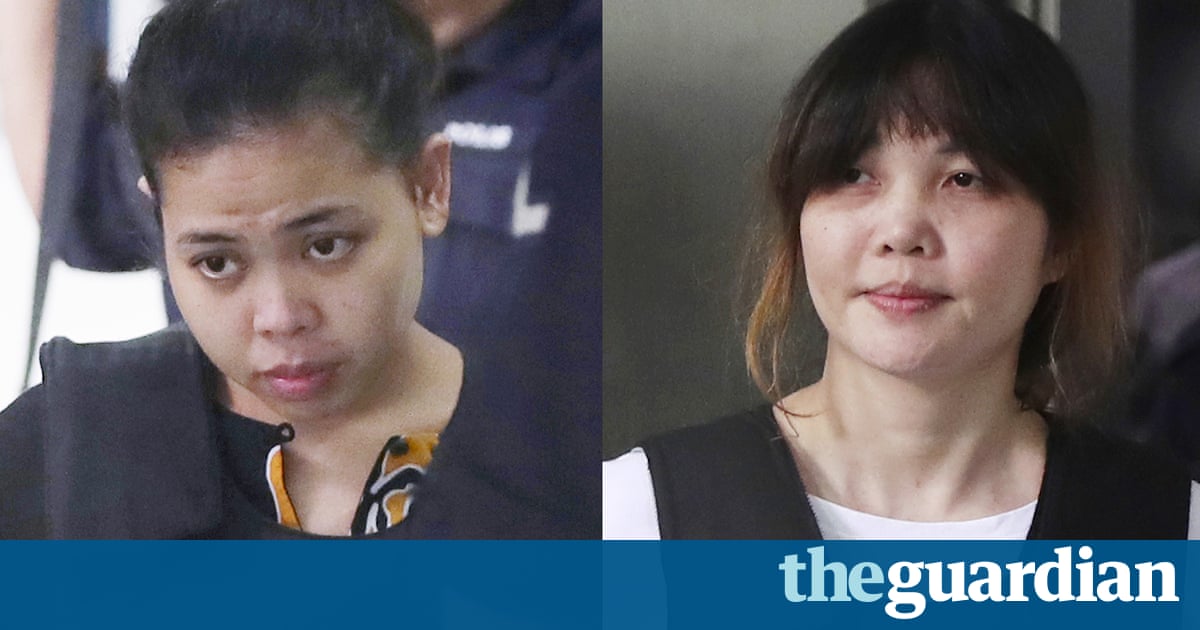 A Malaysian government chemist testified on Thursday he found a byproduct of VX nerve agent on the shirt of the Indonesian woman on trial for the murder of the half-brother of North Korea’s leader.

The testimony was the first evidence linking VX to either of the two suspects accused of smearing the nerve agent on Kim Jong-nam’s face in a crowded Kuala Lumpur airport terminal in February.

Raja said VX will degrade when it reacts with water, leaving the detectable byproducts, and a person can fully decontaminate their hands by washing and scrubbing within 15 minutes.

Witnesses who testified earlier in the trial that started on Monday said VX was found on Kim’s body and belongings and acute VX poisoning caused his death.

Aisyah and the Vietnamese suspect Doan Thi Huong have pleaded not guilty to murder charges that could bring the death penalty if they are convicted. They have not testified but their defence has said the women believed they were playing a harmless prank for a hidden-camera TV show and were tricked by men suspected of being North Korean agents.

On Wednesday, the judge and court officials wore face masks and surgical gloves as VX-tainted evidence was presented in court.

A pathologist said VX, its precursors and its byproducts were detected in Kim’s eyes, on his face, in his blood and urine, and on his clothing. Mohamad Shah Mahmood testified that the fastest absorption would have been through the eye mucus and that once VX entered the bloodstream, “there is a very slim chance of survival.”

Prosecutors and defence lawyers examined the VX-tainted samples, which were sealed in transparent plastic bags, during a court break. Most of them wore gloves and masks as a safety precaution, and later, Judge Azmi Ariffin also covered himself as the samples were officially admitted as evidence.

Prosecutors earlier on Wednesday sought to show VX was the sole cause of death. Mohamad Shah testified that drugs used to treat diabetes, hypertension and gout were in Kim’s blood, but those drugs and those conditions would not have caused his swift death. Earlier testimony showed Kim died within two hours of being attacked, not within 20 minutes as earlier stated by Malaysia’s health ministry.

Gooi Soon Seng, defence lawyer for Aisyah, had disputed the VX findings on Wednesday, before the chemist testified a byproduct was found on his client’s shirt.

VX is banned by an international treaty as a weapon of mass destruction but is believed to be part of North Korea’s chemical weapons arsenal.

Kim was the eldest son in the current generation of North Korea’s dynastic rulers but was believed to have been cast out by his father and had lived abroad for years. He reportedly never met current leader Kim Jong-un, who is widely believed to have perceived his older sibling as a threat and targeted him for assassination.

The trial is being closely watched by the Indonesian and Vietnamese governments, which hired the defence lawyers for both women.