The Crimea crisis has come from nowhere but the Russian president has form for military adventures in Olympic years, says Luke Harding 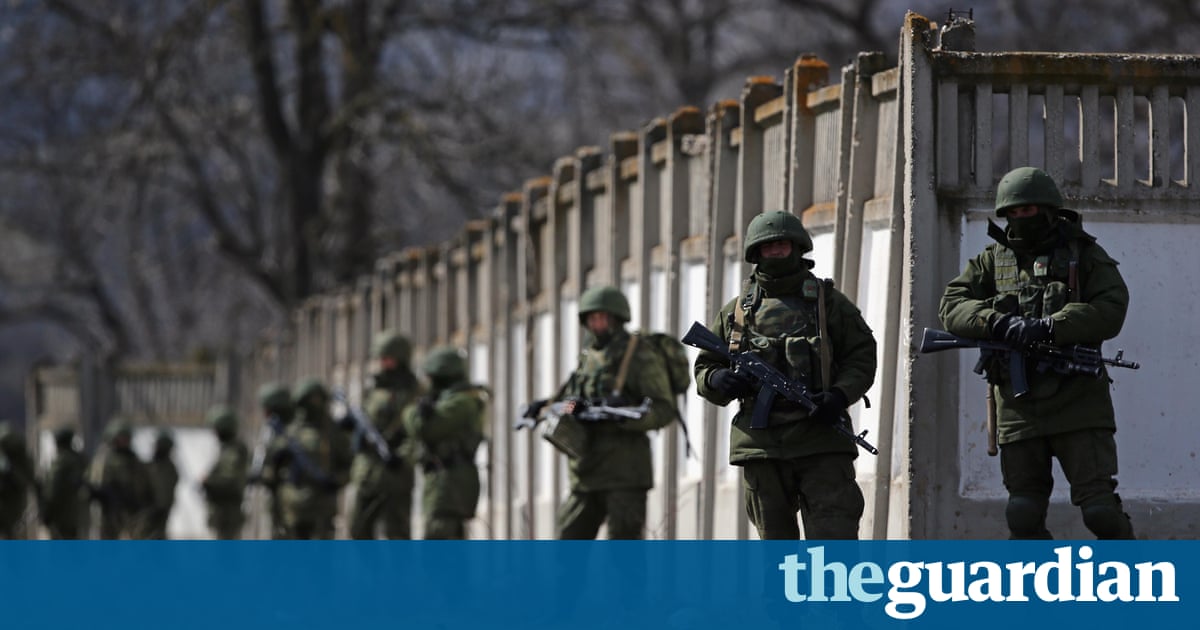 The situation in Crimea looks ominous. Russias FSB spy agency said on Wednesday that it had foiled a series of attacks by armed Ukrainians on the peninsula. Minutes later, Vladimir Putin accused Kievs pro-western government of choosing terror over peace. Meanwhile, largely unnoticed by the outside world, Russia has been stealthily shipping military vehicles to Crimea, which Putin annexed in the spring of 2014.

What is going on? As ever in the opaque world of neo-Kremlinology, nobody quite knows. But two years after Putin sent little green men actually undercover Russian special forces soldiers to overrun Crimea, another military offensive seems distinctly possible. Crimeas parliament said Ukraine had already launched an undeclared war. Ukraine says the supposed plot is FSB fiction.

The new Crimea crisis has come from nowhere. Over in the east there have been daily clashes between pro-Russia rebels and Ukrainian government forces in Donestk and Luhansk, with a spike in recent weeks. But the Perekop isthmus, the rustic sliver of territory between Crimea and Ukraines southern Kherson province, has been quiet. There was no fighting here even in 2014, when Putin staged his land grab.

All of this leads to the suspicion, voiced by Carl Bildt, Swedens former prime minister and others, that Russia may be about to invade again.

When it comes to the month of August, Putin has form. His previous invasions have coincided with Olympic Games, a time when the international community is distracted or on holiday – Georgia in 2008 after Beijing, and Ukraine in 2014 (after the Winter Games in Sochi.