Undocumented workers in Malaysia put in long hours for little money, are often excluded from healthcare and schools, and face routine intimidation 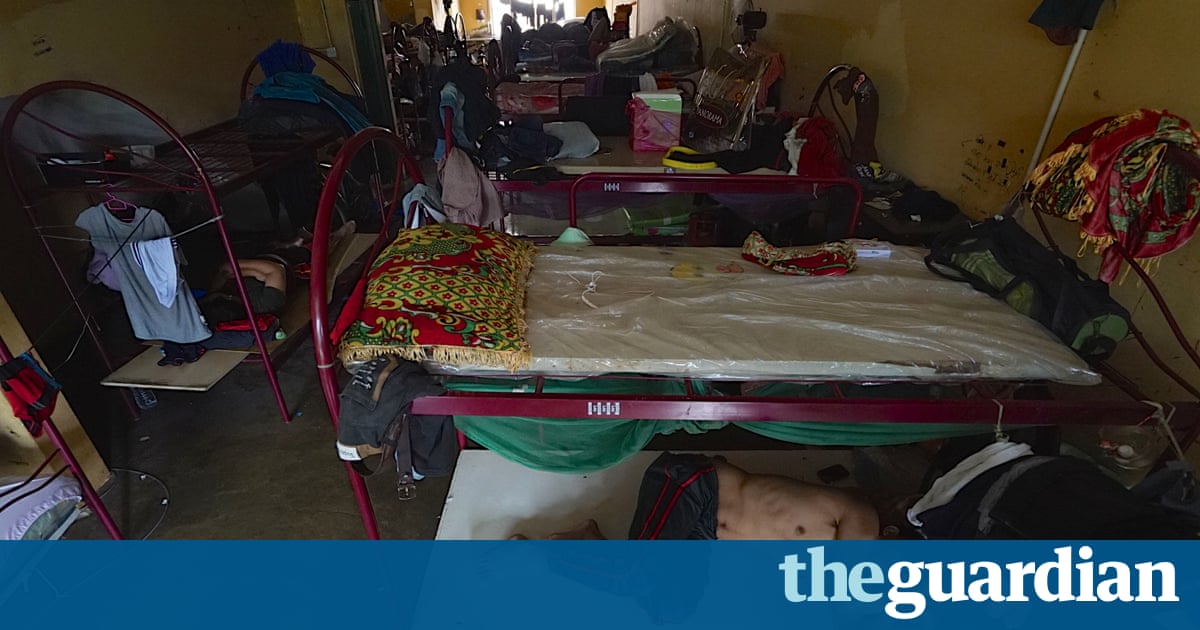 Sonam Lapcha might have been able to handle the putrid toilets, dirty drinking water and drunkards staggering around his workers hostel, were it not that he had to share a single hall with 300 other men.

Lapcha, 30, a migrant worker from Nepal, spent five years crammed alongside hundreds of fellow migrants from Nepal, Myanmar and Bangladesh, all employed by a factory close to Malaysias capital, Kuala Lumpur.

The toilets had no doors, and there were only two kitchens to serve the entire workforce. It was much worse than Nepal, says Lapcha. We even had to buy our own beds and bedding. The company only gave us a metal frame.

Lapcha, though, did not spend much time in his bed. His shift started at 8am and did not finish until 10 or 11 at night. Then he had to face the dangerous walk back to his lodgings during which, he says, the workers were regularly beaten and robbed by locals.

Worse still, he was barely earning any money. The company didnt pay us what we were promised. And we had to spend the little we did make on food and transport, he says. Instead of earning money, I was throwing it away.

Eventually, Lapcha fled the factory in search of a better job, joining an army of undocumented workers across Malaysia that some NGOs and trade unions say is more than 4 million-strong. Most arrive through legal routes but then, like Lapcha, become undocumented to escape dire accommodation, low pay or because employers refuse to renew their work permits. One official at Nepals embassy in Kuala Lumpur says: The workers are not illegal they are made illegal by their employers.

Others, like Srey Uon from Cambodia, never had legal status in the first place. Uon, 32, works for 15 hours a day binding bunches of herbs in a bustling hypermarket in Kuala Lumpur. It is tedious work, but the 1,200 ringgit (220) she earns each month is more than she could hope to make in Cambodia. Like an estimated 70% of Cambodian migrant workers in the country, Uon crossed into Malaysia illegally with the help of smugglers.

I worry a lot here, especially when I go outside, she says. Its not comfortable but I have no choice because I have to support my family.

Uon came to Malaysia with her husband, but she had to leave her two young children behind with her parents. That was two years ago and, because it costs so much to return to Cambodia, she is unlikely to see them for another three years. I really miss my children. Its so difficult. But I cant afford to visit them.

Working alongside her, My Som, 44, chose to bring her seven-year-old twins with her after her husband died in Cambodia, but she barely sees them. I work from 8am to 11pm every day. I get two days off each month, Som says. Even if Im sick I have to come to work. If not, they will threaten you because you are undocumented. Som has to spend a third of her monthly income on childcare because government schools in Malaysia generally dont admit the children of undocumented workers.

Many hospitals are also out of reach for undocumented workers, as Mahesh Mondal knows to his cost. With an energy drink in one hand and a saline drip attached to the other, the 20-year-old from Nepal explains how he resigned from one job when a friend persuaded him he could earn more as a security guard. He had to leave behind his passport, which his employer had confiscated.

Six weeks later, however, he contracted dengue fever. Local clinics told him to go to hospital, but he was turned away because he had no passport, leaving him to resort to a cure for dengue fever, popular among migrants 10 cans of energy drink every day.

I feel dizzy the whole time. My whole body hurts, says Mondal. My family tells me to come home fast, but I feel bad. I never made any money. I will not come back here.

The exclusion of undocumented workers from public services reflects wider discrimination against migrants. In a recent report, the International Labour Organisation said: Scapegoating of migrants, regardless of the realities, has contributed to an environment where exploitation and abuse are sometimes viewed as acceptable.

Nepalese migrant workers say they never go out alone or in small groups for fear of being assaulted or robbed mostly by Malaysian Tamils, they claim.