The worst defeat in the history of the US national team is a catastrophe for the sports growth in America, but should come as no surprise 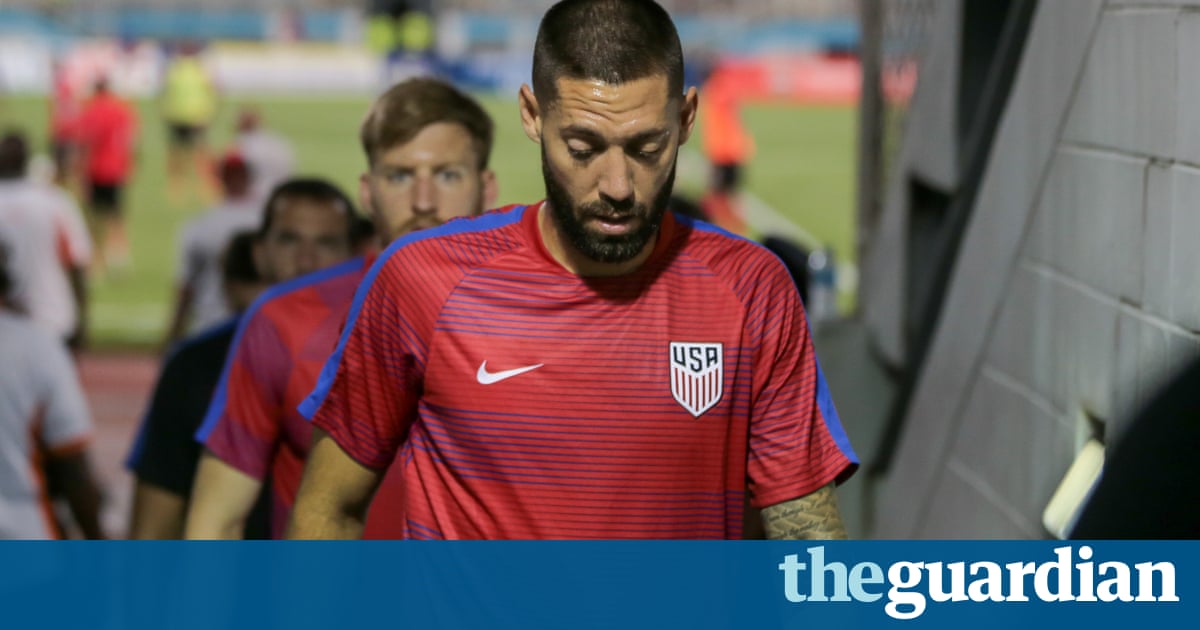 The worst defeat in the history of the United States national team, the record will show, played out over an hour and a half on a sweltering weeknight before a few hundred spectators at Ato Boldon Stadium, confines so modest even its namesake questioned why it was chosen for a World Cup qualifier, and ended with the Americans walking off in a soft parade of stunned silence and thousand-yard stares.

But truthfully Tuesday night’s loss to Trinidad & Tobago was a failure years in the making, an outcome undeserving of the surprise it elicited. Not after how the Americans stumbled from the gate in Concacaf’s qualifying hexagonal, prompting the dismissal of Jurgen Klinsmann with a not-insignificant $6.2m golden handshake. Even after a constellation of factors limited the United States to a scant 12 points in the first nine of 10 qualifiers, Bruce Arena’s side needed only a draw against the world’s 99th-ranked team to be virtually certain of securing at least a play-off spot. Instead, a stunningly torpid defeat, paired with Panama’s last-gasp win over Costa Rica, leaves the US out of the World Cup for the first time in 32 years and represents a disastrous setback for the sport’s growth here.

The Catastrophe at Couva won’t provoke national shame like it would in countries where soccer is a matter of vital public importance, but it’s a devastating blow to the millions who hope the sport will get there one day. The run-up to Tuesday’s critical qualifier was dwarfed in the headlines by America’s two most popular sports, the NFL and college football, and the Major League Baseball playoffs. Which meant the match, broadcast in the United States on a channel that no one gets, scarcely moved the needle until it was over. That’s the thing about rock bottom: you never know you’ve hit it until you’re there.

Somehow this manages to outplumb the previous nadir of France 98, when the US entered on a head of wide-eyed optimism and promising results – the second-round finish at the 1994 World Cup, the semi-final run at 1995 Copa América, a famous win over Brazil in February 1998 – only to be thoroughly outclassed by Germany, eliminated in a politically charged tilt with Iran and brushed aside by Yugoslavia to finish 32nd out of 32 teams.

No one now or then mistook the United States for a serious player on the international stage, but the baked-in defense for the program’s institutional frailties was a track record of punching above their weight in the big tournaments. The US are one of only eight countries – along with bluebloods Argentina, Brazil, England, Germany, Mexico, Holland and Spain – to advance to the knockout stage at three of the last four World Cups. They’ve consistently delivered in their continental championship, winning five of the last nine Gold Cups. They also halted Spain’s 35-game unbeaten streak during a memorable run to the 2009 Confederations Cup final.

But it’s clear those periodic successes only served to defer, once and again, an inquest that’s been a long time coming. The signs were everywhere, perhaps most alarmingly last year when the under-23s failed to qualify for consecutive Olympic men’s soccer tournaments for the first time in a half-century, creating a unique scenario where their best players were too young or too old. Collectively, they weren’t good enough.

Tearing up the floorboards will be the easy part. Arena out. Gulati out. But the US must address a series of systemic failures and uncomfortable truths in the months and years to come. More money is flowing into domestic soccer and youth development than ever. But for all the talk of Major League Soccer’s hard-won stability, America’s top domestic league appears to have done more for the Caribbean nations than the United States itself. Far more insidious, and alarmingly resistant to change, is the pay-to-play culture that’s made soccer a sport that’s primarily played by upper-middle class white kids.

The consequences of missing the 2018 World Cup, which had been entertained in the abstract by American supporters but never quite thought through until Román Torres’s sensational finish on Tuesday night sealed the United States’ fate, came in a rush. The US team’s next World Cup game – and this is the best-case scenario – will take place during Thanksgiving week more than five years from now in the middle of a desert. Teenage wunderkind Christian Pulisic will be 24. Never again will Clint Dempsey and Tim Howard play on the sport’s biggest stage, nor will Michael Bradley or Geoff Cameron.

There’s always sadness in an opportunity wasted, but make no mistake: the United States got what they deserved. The only real tragedy will be a failure to accept the invitation for wholesale change.