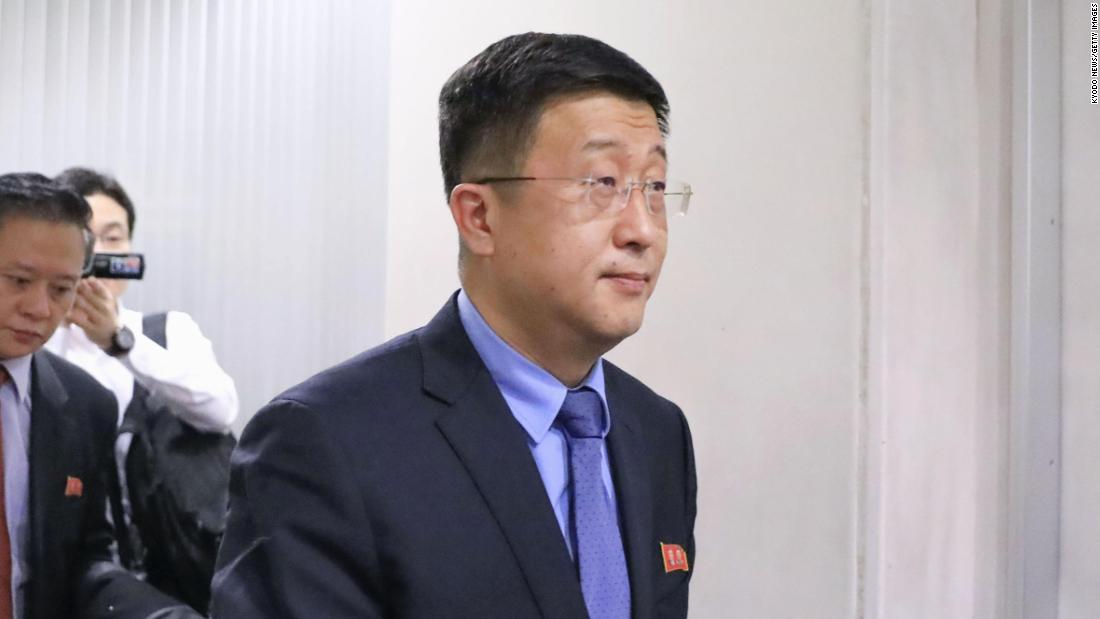 Instead, Biegun directed CNN to comments made by Secretary of State Mike Pompeo in Germany on Friday. 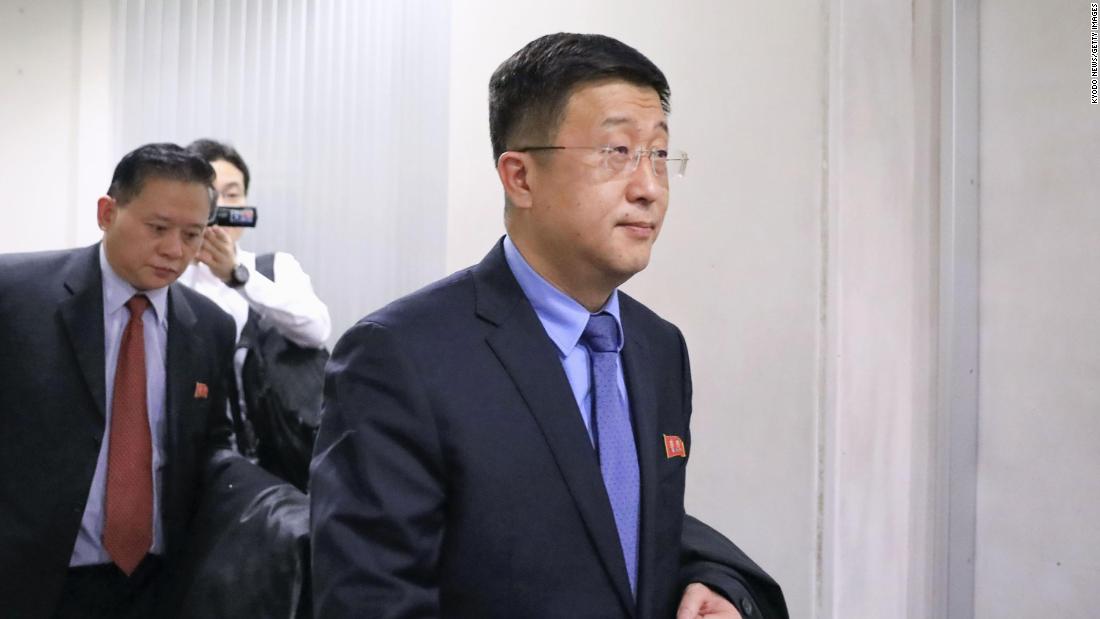 Pompeo said the US was looking into a report by the South Korean newspaper Chosun Ilbo. The paper — quoting unnamed North Korean sources — said Kim Hyok Chol was executed in March at the Mirim airport in Pyongyang on charges of “being recruited by US imperialists and betraying the supreme leader.” CNN has not been able to independently verify the reporting in Chosun Ilbo — South Korea’s most circulated daily newspaper — and South Korean reports of North Korean executions have at times been inaccurate.
Questions about the fate of the North Korean negotiator came up on the sidelines of the annual Shangri-La Dialogue security conference in Singapore, where defense chiefs from around the world have gathered to assess threats to the region.
Chief among those threats is North Korea, said US Acting Defense Secretary Patrick Shanahan.
“North Korea remains an extraordinary threat and requires continued vigilance,” Shanahan said, during a speech to hundreds of delegates. “We acknowledge that North Korea has neared a point where it could credibly strike regional allies, US territory and our forward-deployed forces.” 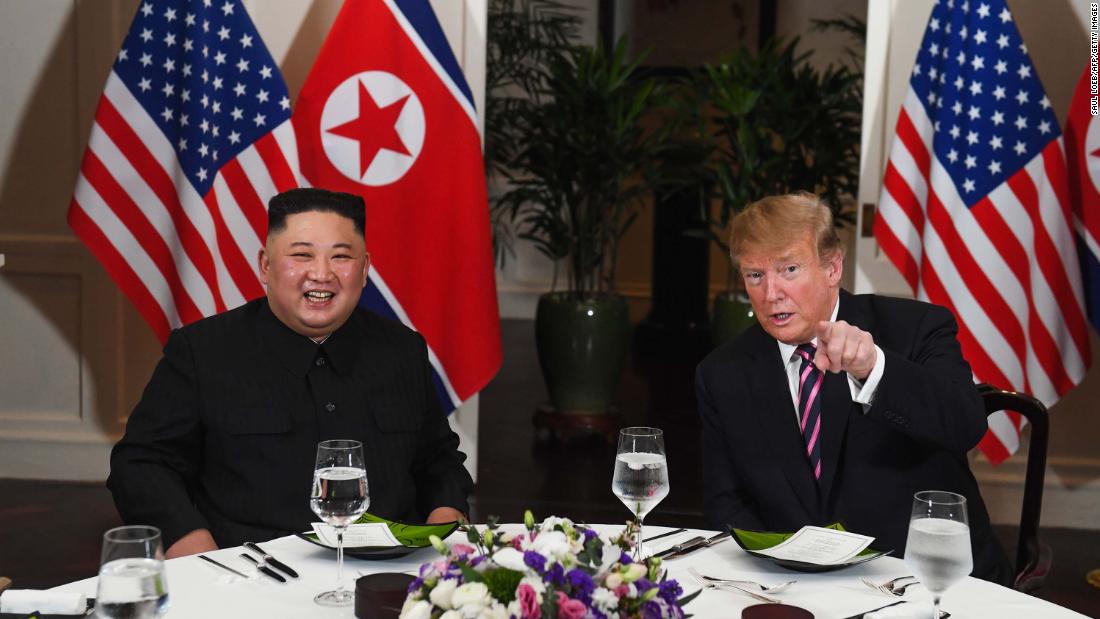 Shanahan’s comments were echoed by Japanese Defense Minister Takeshi Iwaya, who repeated Tokyo’s position that the May 9 launch of two short-range ballistic missiles by North Korea violated United Nations Security Council resolutions.
“We need to remind ourselves of the undeniable fact that there has been no essential change in North Korea’s nuclear and missile capabilities. More specifically, North Korea maintains several hundreds of ballistic missiles which have the whole territory of Japan within their reach,” Iwaya said.
Speaking alongside his Japanese counterpart, South Korean Defense Minister Jeong Kyeong-doo said there was a high possibility that Pyongyang fired Russian-made Iskander rockets on May 9, but avoided harsh criticism of his northern neighbor.
South Korean President Moon Jae-in has stuck to a policy of engagement and negotiation with North Korea since his election in 2017.
It’s an approach that has also been embraced by the Trump administration.
Biegun reminded delegates that the US government is committed to the diplomacy that Trump initiated with the North Korean dictator at their historic first summit in Singapore in June 2018. 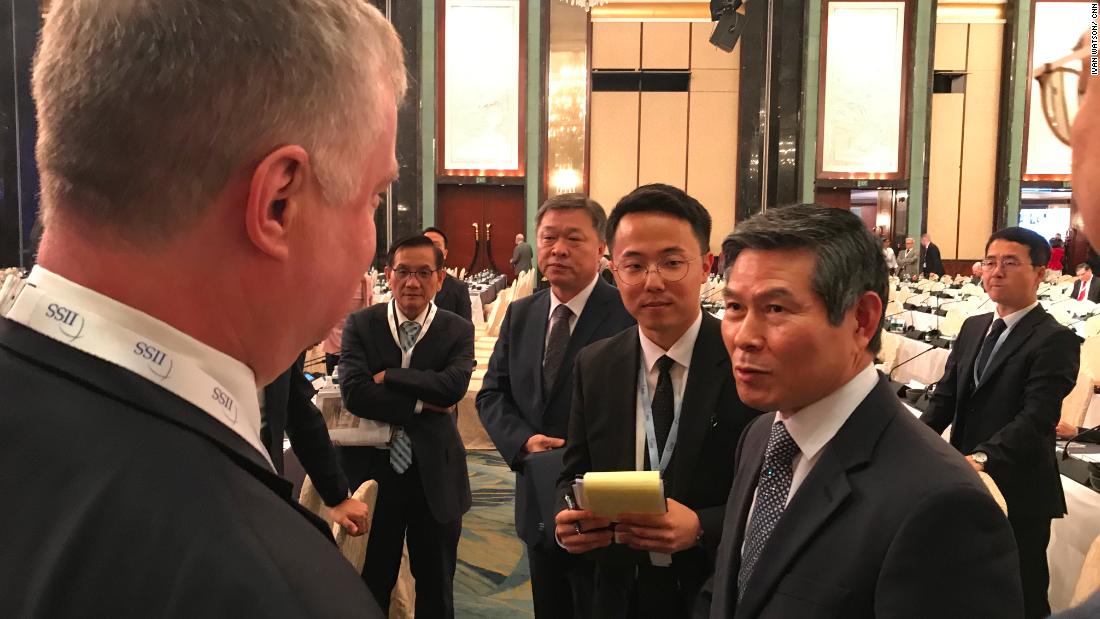 “President Trump is confident that chairman Kim Jong Un will meet the commitments that he made here,” Biegun said.
The annual gathering in Singapore offers diplomats, generals, admirals and top defense officials from around the world a chance to rub shoulders without the formalities that might accompany summits or high-level negotiations.
During a break, South Korea’s Jeong asked Biegun to pose for a photo together.
With a handshake, Jeong also asked the American to keep him in the loop of ahead of any future trips to North Korea.
Meanwhile, Japan’s Iwaya did not offer any further insight into reports of the purge in Pyongyang.
Instead, Iwaya said: “Kim Jong Un’s strong grip on the domestic situation is very solid. So he is the key. Without him nothing could be changed,” he added.
“That’s why we need to engage and talk with him to go ahead.”