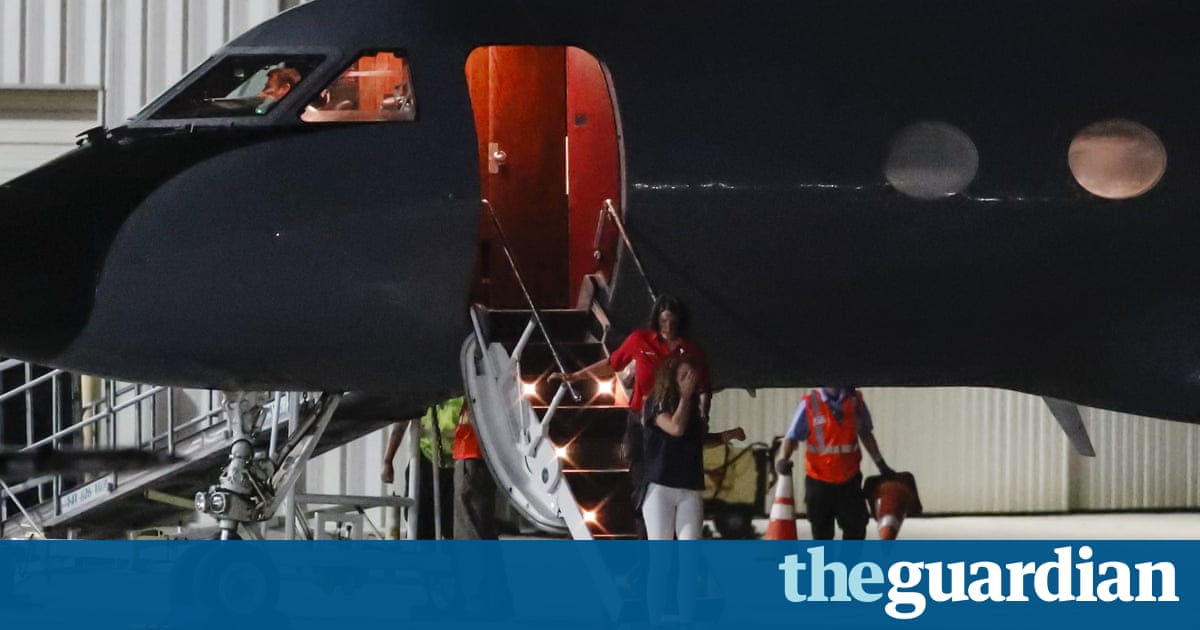 An American student who fell into a coma while imprisoned in a North Korean labour camp has returned to the US after Pyongyang allowed him to be flown home.

A military plane carrying Otto Warmbier landed in his hometown of Cincinnati shortly before 10.20pm (2.20am GMT) on Wednesday.

The release of Warmbier, 18 months into a 15-year sentence, came as Donald Trump invited South Koreas new leader, Moon Jae-In, to Washington for talks on the escalating standoff over the Norths nuclear programme.

The US secretary of state, Rex Tillerson, said earlier in the day his agency had secured the 22-year-olds release in talks with North Korea and was pushing for three more Americans to be freed. It was not immediately clear if he had made any concessions.

The news surfaced after the flamboyant retired NBA basketball star Dennis Rodman a former contestant on Trumps Celebrity Apprentice reality TV show flew to Pyongyang to resume his quixotic quest to broker a detente between the US and Kim Jong-uns authoritarian regime.

The State Department spokeswoman Heather Nauert said Rodmans visit had nothing to do with the release.