UN ambassador defends decision to recognize Jerusalem as Israels capital, a move that sparked condemnation and protests, saying it will advance peace talks 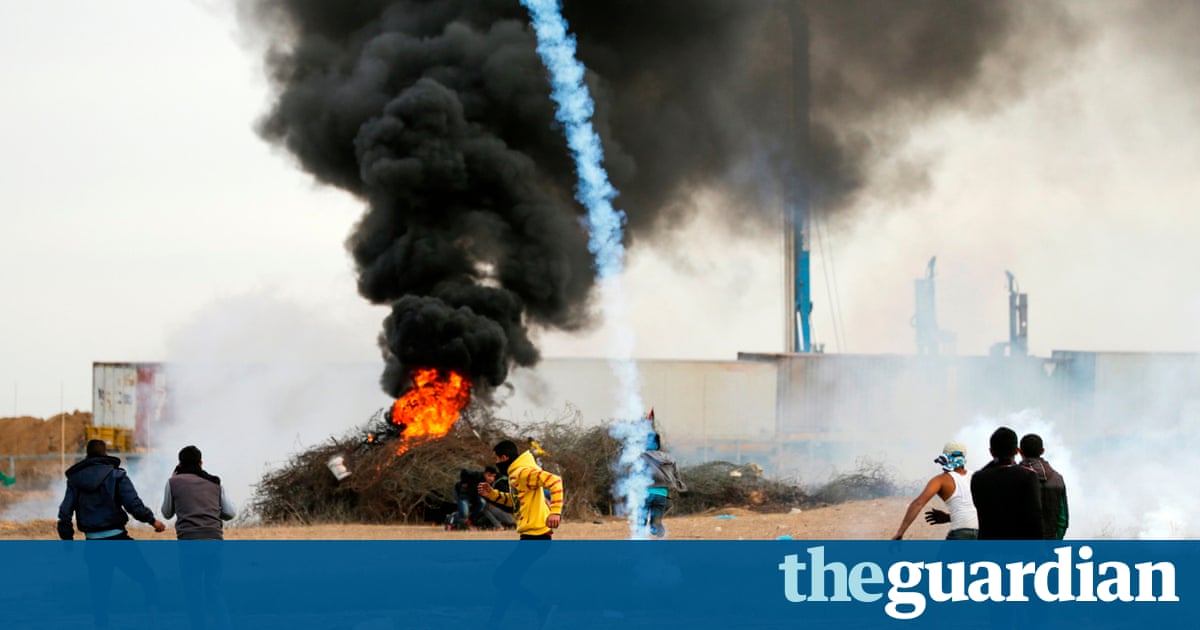 Two days after America’s closest allies denounced it in the United Nations, a day after an Israeli air strike killed two in Gaza and hours after protests erupted near the US embassy in Lebanon, Donald Trump’s ambassador to the UN relayed his message to the world: “The sky’s still up there. It hasn’t fallen.”

Nikki Haley echoed that message across three televised appearances on Sunday, four days after the president announced that the US recognizes Jerusalem as capital of Israel. The declaration broke with international consensus, rattled allies across the Middle East, inspired riots and ended decades of US policy in pursuit of a peace agreement between Israeli and Palestinian leaders.

Sporadic violence has broken out in the region since the announcement and four people have been killed, two in an air strike and two in clashes with the Israeli army.

On Friday, 14 of the 15 members of the United Nations security council, including close friends such as Britain and France, excoriated the president’s decision. The US found no solace with allies in the Arab League, which condemned the decision as a “dangerous violation of international law” that “deepens tension, ignites anger and threatens to plunge region into more violence and chaos”.

Allies in the Middle East warned of dramatic consequences. “Mr Trump, Jerusalem is a red line for Muslims,” Turkish president Recep Tayyip Erdoğan said before the announcement. “This could lead us to break off our diplomatic relations with Israel.”

A few days later, leaders with close ties to the US began to spar. In a speech, Erdoğan called Israel a “terrorist state” for its policies in Palestinian territories.
Israeli prime minister Benjamin Netanyahu responded on Sunday: “Mr Erdoğan has attacked Israel. I’m not used to receiving lectures about morality from a leader who bombs Kurdish villages in his native Turkey, who jails journalists, helps Iran go around international sanctions and who helps terrorists, including in Gaza.”

Vice-president Mike Pence is due to visit the region later this month. Both the head of Egypt’s Coptic Church and the Palestinian president, Mahmoud Abbas, have decided not to meet him. Alyssa Farah, a spokeswoman for Pence, said on Sunday it was “unfortunate that the Palestinian Authority is walking away from an opportunity to discuss the future of the region”.

“The administration remains undeterred in its efforts to help achieve peace between Israelis and Palestinians,” Farah said.

Haley argued that the decision has realpolitik logic. She suggested Israeli settlements and Palestinian poverty do not weigh as heavily on the minds of Middle East allies, especially Saudi Arabia, as does Iran’s growing influence in the region.

“We have a whole lot more in common with the Arab League than we have ever had before and mainly that’s because of our fight with Iran,” Haley told CNN’s State of the Union. “What they mostly care about and what is their top priority is Iran, and we are in lockstep with them.”

Asked about fears that the decision, an explicit step in favor of Israel, might inflame extremists in the region, Haley said: “I have no concern.”

The Trump administration and Saudi Arabia’s royals have courted each other since King Salman and the young crown prince gave the president a gilded reception in May.

Trump has continued Barack Obama’s military support for the kingdom’s war in Yemen, with a $110bn arms deal and generally supported the prince’s power plays at home and abroad. Trump’s son-in-law and senior adviser, Jared Kushner, made an unannounced visit to the royals in October.

Kushner is tasked with leading peace talks between Israeli and Palestinian leaders and visited Israel in June and August. Israel and Saudi Arabia have tentatively stepped into a more collaborative relationship, largely in response to Iran.