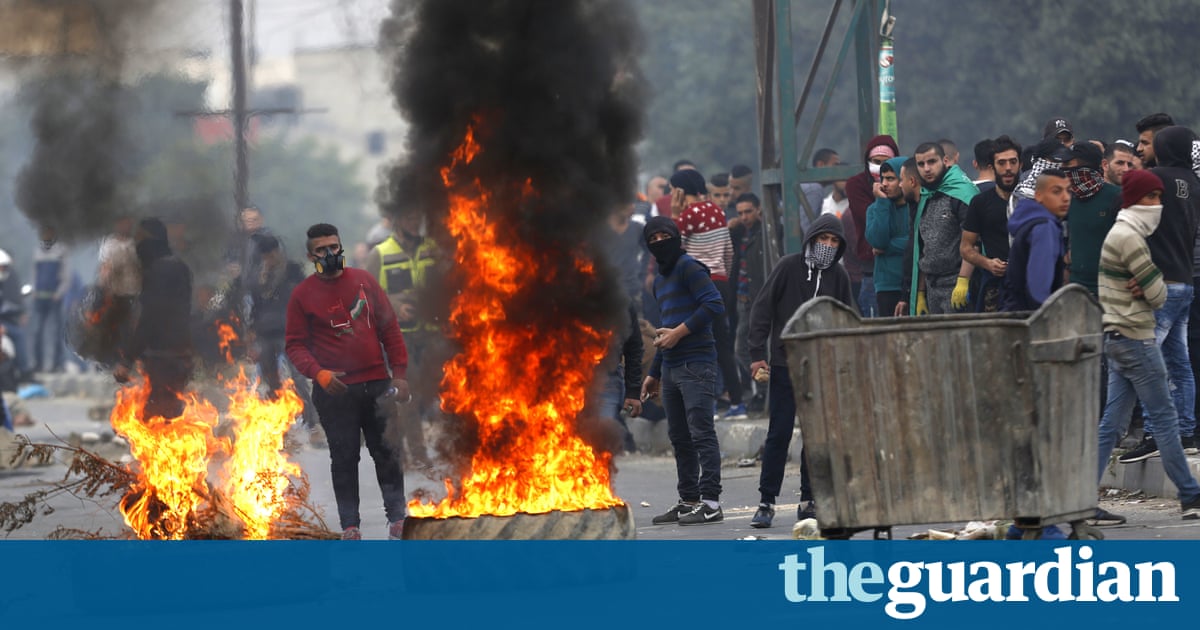 US-funded projects in the occupied Palestinian territories are facing a sharp backlash amid calls for an organised boycott in reply to Donald Trump’s recognition of Jerusalem as Israel’s capital.

A wave of anger since the December announcement has led to protests aimed at halting Palestinian NGOs’ participation in US-funded programmes ranging from clean water deliveries to support for law students, according to officials on both sides.

There have been protests, refusals to meet with US project managers and a rash of requests by groups backed by aid money to seek waivers to remove US-linked branding – including the US flag – from their promotional materials.

Among those pushing hardest for a more organised boycott of US-funded projects has been the Palestinian Boycott, Divestment, Sanctions (BDS) national committee, which issued a statement calling for a boycott of “activities organised or sponsored by US institutions (such as USAid), in Jerusalem and abroad”.

Events have been cancelled and offers of assistance rejected: for example, Palestinian law schools pulled out of an international event for which the US consulate had planned to provide plane tickets.

The issue of whether to widen the boycott is due to be discussed at an upcoming meeting of the Palestinian central council, which will meet to discuss the Palestinian response to Trump’s Jerusalem decision.

The sharp debate in Palestinian society over whether it should still participate in US-funded projects, and if so with what conditions, comes as Trump and his UN ambassador, Nikki Haley, are debating cutting US aid to both the United Nations Relief and Works Agency, which sustains Palestinian refugees, and to the Palestinian Authority in an attempt to force the Palestinians back to the negotiating table.

The Israeli prime minister, Benjamin Netanyahu, said on Sunday that he “completely agrees” with Trump’s critique of the UN agency, saying it only perpetuates the problem and should cease from operating in the region. “UNRWA must become a thing of the past,” he told a cabinet meeting.

The tenor of the current debate in Palestinian society is discernible at all levels. Ibrahim Ghrouf, who works with a Palestinian NGO in Jericho, one of whose US-funded projects provides clean bottled water, said: “The Trump decision has really harmed the work of NGOs. We distribute clean bottled water that has the US flag on it. There’s never been any problem with that with the public. But after Trump’s decision there has been a lot of sensitivity.

“People came to us and said we have confidence in you but we don’t want you to deal with the Americans. So we’re facing a major problem. We can’t run activities [linked to the US] that it will put us in an awkward position.”

Ghrouf said NGOs would be obliged to comply with any Palestinian national decision over rejecting funding. “It could get worse. We could see a complete boycott if there is a national decision and we would have no choice but to obey and this can’t be argue with that when we are talking about Jerusalem.

His organisation is not alone in experiencing problems. Two miles away at the Good Shepherd school, whose support from USAid is advertised on a plaque by the main entrance, staff described having been picketed by protesters.

Omar Barghouti, a co-founder of the BDS movement, said pressure to cut ties with US-funded projects was being driven by the widespread feeling that the US was not an honest broker.

“The overwhelming majority of Palestinians has always recognised successive US administrations as not just patrons of but also partners in crime with Israel’s regime of occupation, colonization and apartheid,” he said. “But the latest attempt by the far-right, anti-Palestinian Trump-Netanyahu alliance to take off the table UN-stipulated rights of the Palestinian people, including Jerusalem, has taken popular Palestinian protests against this deepening official US complicity to a level that has not been seen since the 1993 Oslo accords.”

The Palestinian discussion of a boycott of US funded projects came as Israel announced it was banning representatives of 20 foreign NGOs from entering the country for their own support of BDS.

While most of the groups listed are local branches of the international BDS movement, the group includes the US Jewish Voice for Peace and Code Pink. It also includes the British chairty War on Want which was founded to combat poverty in response to letter from publisher and humanitarian Victor Gollancz in the Guardian in 1951.

Rights groups criticised the law as “thought control” and noted that Israel also controls who enters the Palestinian territories apart from one border crossing between the Gaza Strip and Egypt.