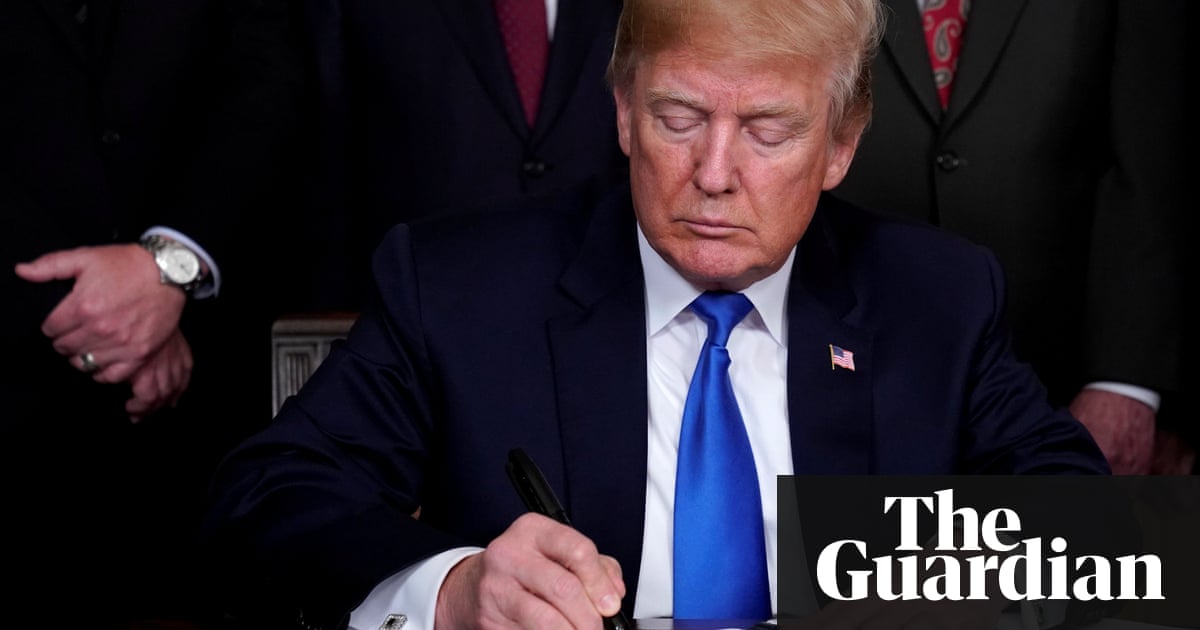 The Trump administration has raised the stakes in a growing trade showdown with China by placing 25% tariffs on some 1,300 industrial technology, transport and medical products to try to force changes in Beijing’s intellectual property practices.

The US announcement targets about $50bn of estimated 2018 imports and is aimed at hampering China’s efforts to upgrade its manufacturing base. The goods include electronics, aircraft parts, medicine and machinery.

The move comes a day after Beijing imposed duties on about $3bn in US exports, itself prompted by Donald Trump’s decision to place tariffs on imports of Chinese steel and aluminium.

“The proposed list of products is based on extensive interagency economic analysis and would target products that benefit from China’s industrial plans while minimizing the impact on the US economy,” the office of the US trade representative, Robert Lighthizer, said in a statement.

The list identifies roughly 1,300 goods but remains subject to a 30-day public review process before it can take effect.

China’s ministry of commerce condemned the US decision. “Disregarding strong representations by China, the United States announced the tariff proposals that are completely unfounded, a typical unilateralist and protectionist practice that China strongly condemns and firmly opposes,” the ministry said in a statement on Wednesday, according to Xinhua.

“We have the confidence and ability to respond to any US trade protectionist measures,” a spokesperson said. “As the Chinese saying goes, it is only polite to reciprocate.”

The ministry did not reveal any specific countermeasures, but economists widely view imports of US soybeans, aircraft and machinery as prime targets for trade retaliation.

Over the last month, Trump has rattled markets and disregarded warnings from industry groups and members of his own Republican party in announcing punishing new tariffs on exports from major trading partners.

But the reaction in Asia Pacific to the latest news was muted. The markets in Japan, Hong Kong and Australia were largely flat in afternoon trading on Wednesday. Futures trading points to a modest drop of 0.2% in the FTSE100 in London when it opens later in the day.

Tensions had calmed in recent days, with investors taking a degree of solace in news that Washington had begun talks to resolve differences with the European Union and China.

But in a series of irate tweets this week, Trump has repeatedly renewed threats to scrap the North American Free Trade Agreement (Nafta).

Canadian, Mexican and US officials are currently in fraught negotiations to overhaul the 24-year-old agreement and analysts say the odds are slim that a deal can be reached before elections in Mexico and the United States.

Agence France-Presse and Reuters contributed to this report.