I found the WikiLeaks co-founder a troubling figure when I worked with him, but Americas case would criminalise journalistic inquiry 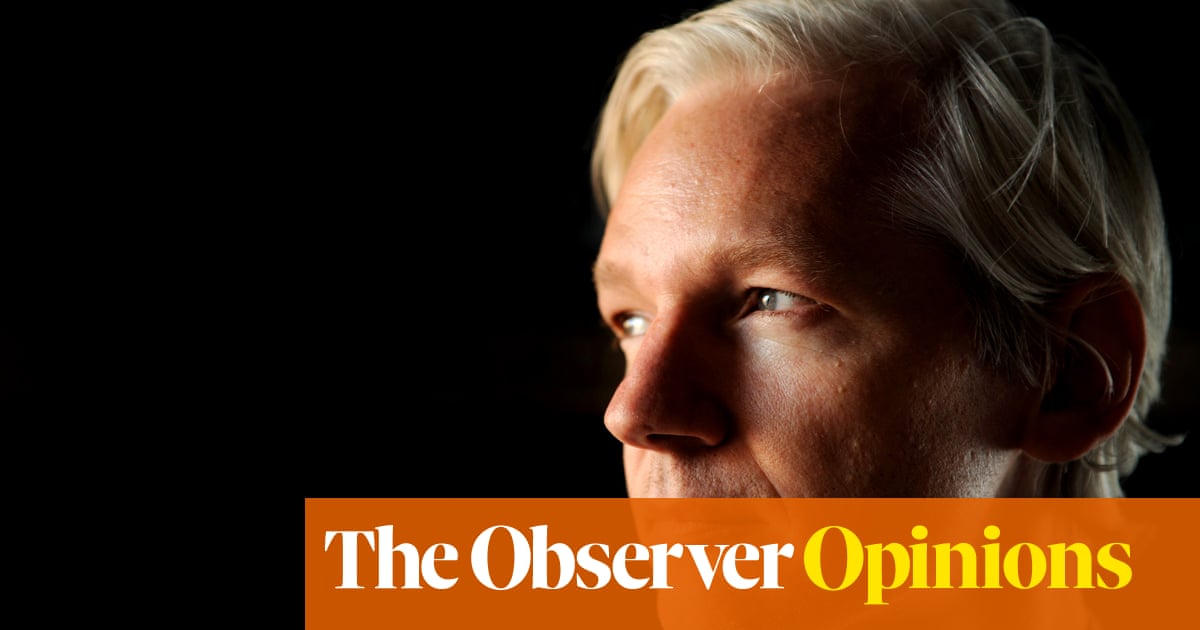 Do you remember the Collateral Murder video – the one that showed US air crew in Apache helicopters killing people as though playing computer games, laughing at the dead after slaughtering a dozen people, including two Iraqis working for the Reuters news agency? Do you remember how the US military had lied about what happened in that incident in July 2007 – first claiming that all the dead were insurgents, and then that the helicopters were responding to an active firefight? Neither claim was true. Do you recall that Reuters had spent three years unsuccessfully trying to obtain the video?

Was it in the public interest that the world should have eventually seen the raw footage of what happened? You bet. Was it acutely embarrassing for the US military and government? Of course. Was the act of revelation espionage or journalism? You know the answer.

We have two people to thank for us knowing the truth about how those Reuters employees died, along with 10 others who ended up in the crosshairs of the laughing pilots that day: Chelsea Manning, who leaked it, and Julian Assange, who published it. But the price of their actions has been considerable. Manning spent seven years in jail for her part in releasing that video, along with a huge amount of other classified material she was able to access as an intelligence analyst in the US army. Assange has been indicted on 17 new counts of violating the Espionage Act, with the prospect that he could spend the rest of his life in prison.

As editor of the Guardian, I worked with Assange when we jointly (along with newspapers in the US and Europe) published other material Manning had leaked. Vanity Fair called the resultant stories “one of the greatest journalistic scoops of the last 30 years… they have changed the way people think about how the world is run”. The stories were, indeed, significant – but the relationship with Assange was fraught. We fell out, as most people eventually do with Assange. I found him mercurial, untrustworthy and dislikable: he wasn’t keen on me, either. All the collaborating editors disapproved of him releasing unredacted material from the Manning trove in September 2011. Nevertheless, I find the Trump administration’s use of the Espionage Act against him profoundly disturbing.

The Espionage Act was a panic measure enacted by Congress to clamp down on dissent or “sedition” when the US entered the First World War in 1917. In the subsequent 102 years it has never been used to prosecute a media organisation for publishing or disseminating unlawfully disclosed classified information. Nobody prosecuted under the act is permitted to offer a public interest defence.

Whatever Assange got up to in 2010-11, it was not espionage. Nor is he a US citizen. The criminal acts this Australian maverick allegedly committed all happened outside the US. As Joel Simon, director of the Committee to Protect Journalists, has observed: “Under this rubric, anyone anywhere in the world who publishes information that the US government deems to be classified could be prosecuted for espionage.”

Imagine the precedent if the Trump administration gets away with this. Israel and India have extensive nuclear weapons programmes – each protected by ferocious domestic official secrets acts. Think of the outcry if the Netanyahu or Modi governments attempted to extradite a British or US journalist to face life in jail for writing true things about their nuclear arsenals.