Last-quarter growth was 2.2%, down from estimated 2.6% as slew of weak global indicators dents confidence 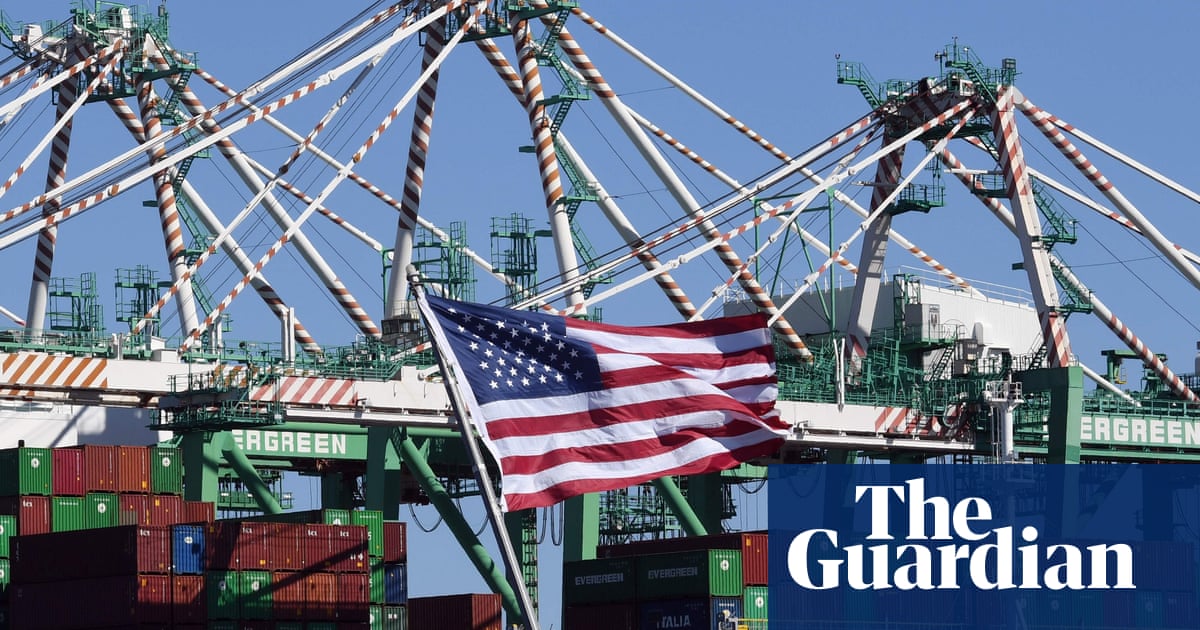 US economic growth slowed at the end of 2018, falling well below the Trump administration’s projections and closing a strong year on a more worrying note.

The commerce department said on Thursday that the US expanded at an annual rate of 2.2% in the last three months of the year, down from an initial estimate of 2.6% and below the 3.4% growth achieved in the previous three months.

The figure is well below the 5% growth rate that Donald Trump recently forecast and comes as evidence is mounting of a slowdown in other major markets including the eurozone and China.

Analysts have forecast that the situation is likely to worsen following a slew of weak economic indicators, including figures from the European commission showing eurozone economic confidence slumped last month to its lowest level since 2016.

Earlier this month the US Federal Reserve indicated that the slowing US and global economy meant it was unlikely to raise interest rates until next year at the earliest.

The Bank of England has said much the same while the European Central Bank and Bank of Japan have proved to be even gloomier, saying they will ease monetary policy further to prevent their economies from slipping back into recession.

German bond yields spiralled lower into negative territory – meaning investors must pay to lend the German government money – after the ECB president, Mario Draghi, said in a speech on Wednesday night he may need to cut the effective base rate should the outlook weaken.

Pressure also surfaced on Australia and New Zealand, which hinted at a rate cut to prevent its currency increasing and driving domestic exporters out of business. The hint had the desired effect, pushing the currency down 1.6% to $0.6801.

Stock markets remained stable after it emerged negotiators on both sides of the US-China trade talks were edging closer to a compromise deal. After months of meetings, Reuters reported that Beijing had tabled fresh plans to limit technology transfers and open Chinese markets to foreign competition.

The US commerce department said its full-year estimate for 2018 was that the economy grew at 3%.

The fall came as consumer and government spending were revised down. Imports were also revised lower amid continuing trade tensions between the US and its major trading partners.

The US Federal Reserve and many economists are predicting slower growth in the near future. The Fed has stopped raising interest rates, worried by signs that the long-running economic recovery is running out of steam.

“At the moment, the risks from the downside scenarios loom larger than those from the upside ones,” Charles Evans, the president of the Chicago Fed, said on Monday in Hong Kong. “If activity softens more than expected or if inflation and inflation expectations run too low, then policy may have to be left on hold – or perhaps even loosened.”

That news came after one of the financial markets’ most reliable indicators of a recession started to flash red. The yields on 10-year Treasury bonds fell below those for three-month bonds last Friday, known as a yield curve inversion.

The shift – the first since 2007 – means investors believe the Fed is going to cut rates, something it does during an economic slowdown. Yield curves have inverted before each of the last seven recessions.