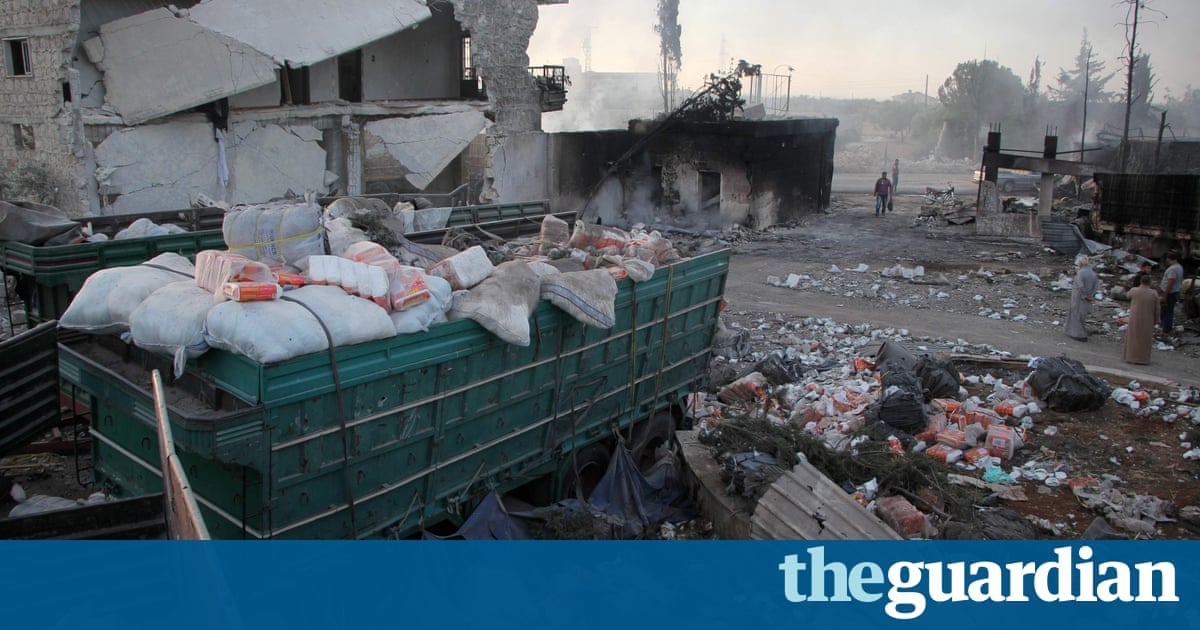 From the moment the ceasefire in Syria started on Monday evening last week, President Bashar al-Assad made his intentions perfectly clear.

First he went to Daraya, a Damascus suburb, and vowed to take back the entire country; then his regime repeatedly blocked or stalled attempts by aid convoys to travel into besieged areas, in contravention of the terms of the deal; and, having declared the ceasefire over, an airstrike presumed to be either by the Syrians or their Russian backers decimated a convoy carrying UN-supplied food destined for a rebel-held area of Aleppo countryside.

Aid workers were among the dead.

This behaviour underlines not just Assads confidence that he is unlikely to face any sanction but also the difficulties faced by aid groups, particularly the UN.

Its agencies cannot and have never been able to take aid and food to the places they want, exactly when they want.

A stipulation of being allowed into the country is that the UN has to abide by rules set by the Syrian government; so Assad prescribes which organisations the UN can work with, and he and his ministers determine when and where many UN convoys can go. This has led UN agencies into deeply uncomfortable territory.

As the Guardian has reported, the UN has paid tens of millions of dollars to people closely associated with Assad because the organisation says there are few, if any, alternatives.

UN requests to send aid convoys to besieged and hard to reach areas are also at the whim of the Syrian government.

Jerry Nadler Is Ready to Dig Inand Trump Should Worry

US voters: what’s your reaction to Trump and Putin’s meeting?