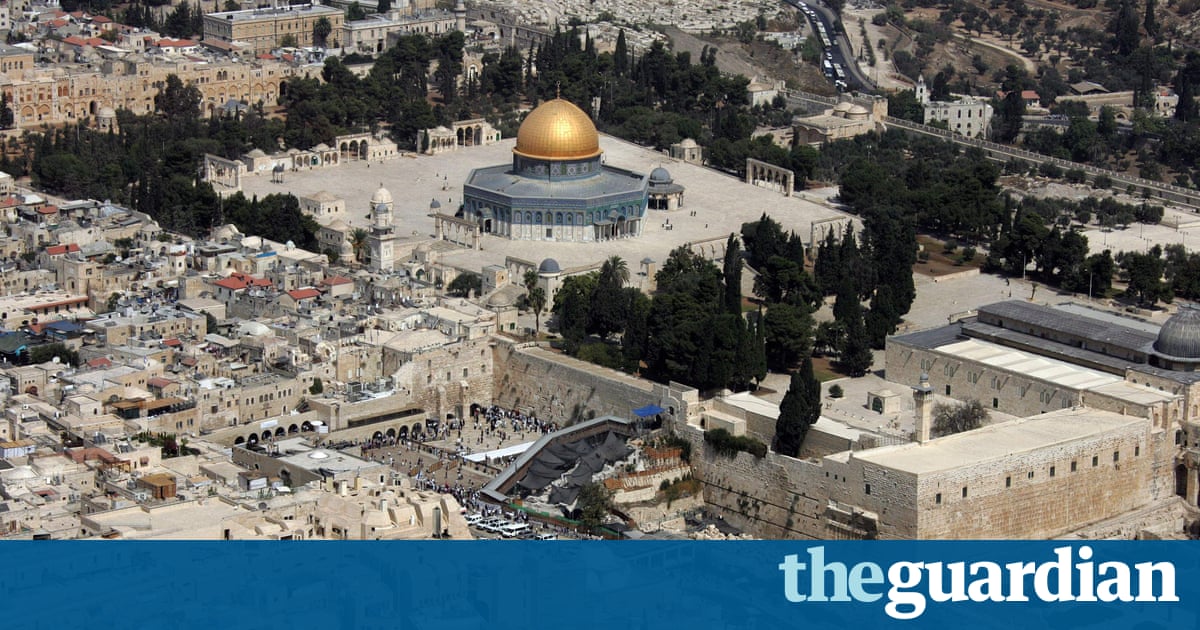 The final version of the resolution which has sparked furious claims and counter-claims passed easily on Wednesday after Israel pressed for a secret vote. Despite containing some softening of language following Israeli protests over a previous version, Israel continued to denounce the text.

Ten of the countries currently represented on the Unseco world heritage committee voted in favour, two against and eight abstained in the Paris vote.

At the centre of the controversy has been the language used to describe parts of the holy site revered by both Muslims and Jews.

Israel says the resolutions exclusive use of Arabic terms to describe parts of the site deliberately airbrushes out the Jewish connection to the site of the Second Jewish Temple destroyed in 70 AD.

The US Democratic presidential candidate, Hillary Clinton, has weighed into the row, saying it was disappointing and wrong that Unesco was considering a resolution on Jerusalem that fails to recognise and respect the deep and historic ties of the Jewish people to Jerusalem and its holy sites.

Immediately after the vote, Israels ambassador to Unesco, Carmel Shama-Hacohen, criticised the committees stance, saying: You have just adopted a [resolution] against historical truth and one that stands in complete and utter contradiction to all values.

Palestinian officials insist that because the resolution refers to issues at Muslim places of worship it justified the language.

At the centre of the controversy are genuine concerns over both Muslims and Jews religious, cultural and historic attachment to the site revered by Muslims as the Haram al-Sharif and by Jews as the Temple Mount as well as its environs.

Home to the al-Aqsa mosque, the site is administered by the Waqf, a religious institution under the auspices of the Jordanian crown, which governs rights of visitation and worship, management and repairs under the so-called Status Quo agreement.

The latest version of the Unesco resolution represents Jordanian and Palestinian complaints over recent Israeli actions around the site, including archaeological excavations, tourist projects, damage to buildings and claimed lack of access for Waqf officials.

The perception that Israel was trying to alter the highly sensitive status quo a charge denied by Israel was one factor behind a deadly wave of violence targeting Israelis that began last autumn.

Unescos attempt to draw up a document on problems around the Old City and its holy sites, however, has become increasingly heated and polarised, with both sides using or omitting language in ways that have inflamed tensions.

Much of the the debate has swirled around how the sites are named and in what language with the latest version using the Jewish terms of reference for the Western Wall, and without quote marks.

Welcoming the passage of the resolution, Saeb Erekat, the secretary general of the Palestine Liberation Organisation, said: Through an orchestrated campaign, Israel has been using archeological claims and distortion of facts as a way to legitimise the annexation of occupied east Jerusalem.

Contrary to what the Israeli government claims, the resolution that was voted [on] by Unesco aims at reaffirming the importance of Jerusalem for the three monotheistic religions: Christianity, Judaism and Islam.

It calls for respecting the status quo of its religious sites, including the al-Aqsa mosque compound that continues to be threatened by the systematic incitement and provocative actions of the Israeli government and extremist Jewish groups.

On Israels side, officials including the prime minister, Benjamin Netanyahu, have continued to complain that the language of the resolution failed to refer to the Western Wall and Temple Mount by its Hebrew name and used inverted commas when referring to the Western Wall in earlier drafts.

Some observers were critical of how both sides dealt with the issue. Daniel Seidemann, an Israeli lawyer, activist and expert on Jerusalems fraught politics, accused both sides of inflammatory point scoring.

There are real issues in the Old City and around the Temple Mount/Haram al-Sharif that really beg for sober and pragmatic solutions based on the norms of international law, and that neither deny nor ignore the equity of any side. We now have a document that is irredeemable.