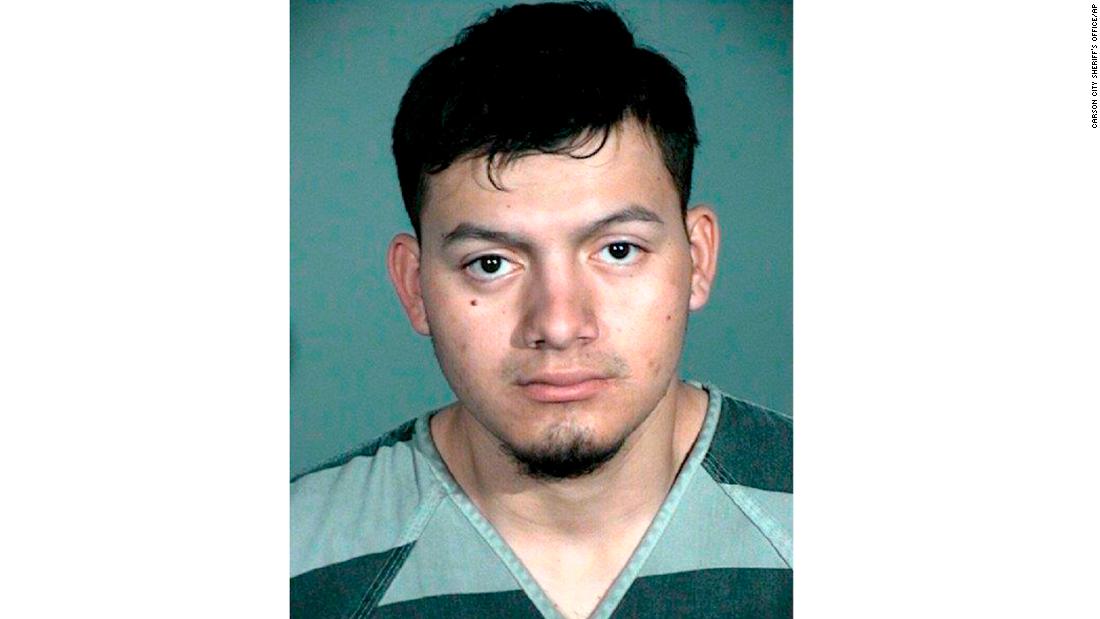 (CNN)An undocumented immigrant has admitted to killing a Reno, Nevada, couple using a gun he stole from their home, police say in a probable cause document.

“Four people in Nevada viciously robbed and killed by an illegal immigrant who should not have been in our Country,” the President tweeted Monday. “We need a powerful Wall!”
The four people referenced includethe Reno couple, plus two women who police say were victims of homicide in nearby Douglas County.
Connie Koontz, 56, was found dead January 10 in her home, and Sophia Renken, 74, was discovered dead January 13, also in her home.
Jerry David, 81, and his wife, Sherri David, 80, were found killed January 16 in their Reno home.
Investigators also discovered that possessions, including firearms, were stolen from the victims’ homes.
Wilber Ernesto Martinez-Guzman, 19, was arrested January 19. He was arraigned Thursday on 36 charges of burglary, possession of stolen property and obtaining money by false pretenses. Prosecutors said he was found with weapons and other items stolen from the homes of the four victims.
He has not been charged in any of the deaths.
A judge set his bail at $500,000.
An attorney for Martinez-Guzman did not immediately respond to CNN’s request for comment.
Martinez-Guzman told investigators he killed Jerry and Sherri David with a gun stolen from their home and said where he buried the firearm, according to the probable cause document. Ten additional guns were found at the same location.
In Martinez-Guzman’s home, police say they found an iWatch and Mac computer stolen from Koontz at the time she was killed.
There were no signs of forced entry at any of the crime scenes, and police have determined that Martinez-Guzman was familiar with all four victims, Douglas County Sheriff Dan Coverly said.
Authorities found Martinez-Guzman by tracking a cell phone and another electronic device he allegedly stole from the victims, Coverly said.
Martinez-Guzman, who is from El Salvador, has been in the United States for at least a year working odd jobs, including construction. He has family, including his mother and siblings, in Carson City, and the family has been cooperating in the investigation, Coverly said. He has no prior involvement with law enforcement, Coverly told CNN.
Martinez-Guzman’s arrest was peaceful, Coverly said. His next court appearance is scheduled for February 8.