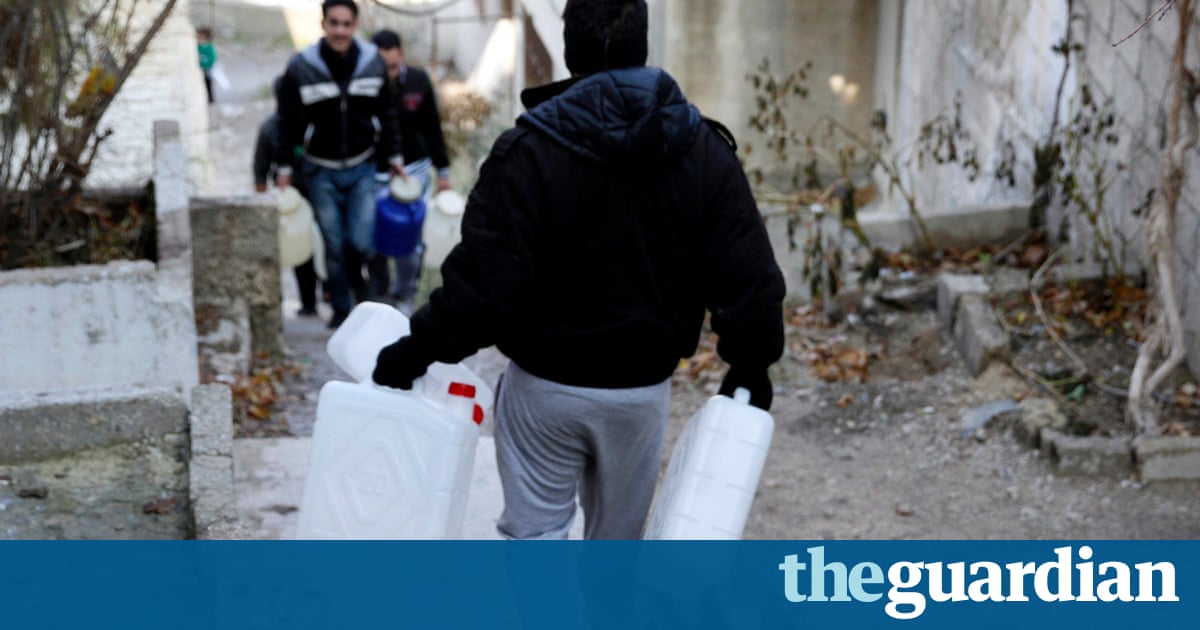 More than 5.5 million people have only minimal access to water supplies in the Damascus area owing to fighting between the Syrian government and opposition groups, the UN has said, warning that targeting water sources constitutes a war crime.

Water from rebel-held Wadi Barada, which supplies Damascus, has been cut off since 22 December. The government has been using tankers to transport supplies to the city, but city authorities said the water had been contaminated with diesel. Most residents no longer have water coming from household taps.

The UNs humanitarian adviser for Syria, Jan Egeland, said his team was being prevented from travelling to the Barada valley north of Damascus, making it impossible to tell if disruption to water supplies had been caused by Syrian government bombardment or rebel sabotage. Either way, he said, to deprive water is, of course, a war crime since it is civilians who are affected.

Egeland said there was no sign yet of disease in the city and efforts were being made to ensure water continued to be supplied to schools and hospitals, but he warned that the risk of the supply being poisoned was real.

Government forces, backed by Lebanons Hezbollah group, are fighting to recapture the area north west of Damascus, despite a nationwide ceasefire.

The cessation of hostilities, brokered by regime-backer Russia and rebel-sponsor Turkey, is due to pave the way for peace negotiations later this month in Kazakhstans capital Astana. But Turkey has warned that the talks will be in jeopardy unless Iran brings Hezbollah under control. Iran, by contrast, blames Turkey for failing to control the rebel groups.

Egeland also revealed that a total of 400,000 people had been displaced from Aleppo, Syrias second city, and that his UN team had described devastation beyond belief there.

He said the displacement in a city of 1.5 million would take a long time to rectify, owing to the dangers posed by unexploded bombs and unsafe buildings.

UN efforts to provide humanitarian relief throughout Syria remained blocked by a web of obstruction, Egeland added, including the need for permits from the ministry of foreign affairs, local governors and armed groups. Turkey and Russia, as guarantors of the ceasefire, had not been able to improve the UNs access.

Egeland said: Russia and Turkey both said that indeed they will facilitate humanitarian access to all civilians as part of the cessation of hostilities agreement that they function as guarantors for, and we will actively hold them accountable for their promise to help us.

The UN risks being sidelined in Syria, as Russia and Turkey take charge of the diplomatic process. However, the UN special envoy for Syria, Staffan de Mistura, said he regarded the Astana talks as a way of consolidating the ceasefire and preparing the ground for UN talks he plans to convene in Geneva in February.

De Mistura said the UN would be attending and contributing to the Astana negotiations. He disclosed that the new UN secretary general, Antnio Guterres, was involved in an internal UN brainstorming session for a new Syrian strategy.

That session will inevitably focus on the role of a US administration led by Donald Trump, plus the increasing likelihood that Syrian president Bashar al-Assad will remain in power and the possibility that Turkey, by forging a closer alliance with Russia, will make the role of the US largely irrelevant.

Turkey said on Thursday it had the right to close a key air base used by the US-led coalition to strike jihadis in Syria.

Presidential spokesman Ibrahim Kalin said closing Incirlik air base in Adana province, southern Turkey, was part of Ankaras sovereign powers. We always have in our hands the right to say we will close it, but as I said, the conditions will be assessed, Kalin told the 24 TV channel.