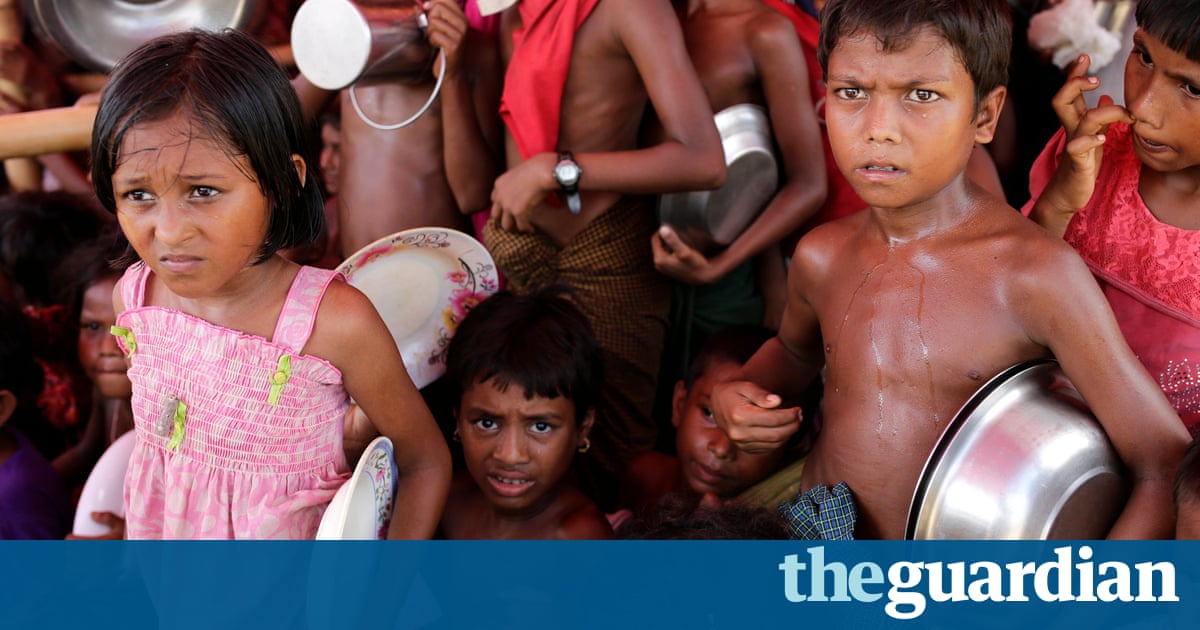 The United Nations food aid agency withdrew a critical report revealing desperate hunger among the persecuted Rohingya population after the Myanmar government demanded it be taken down, the Guardian has learned.

The July assessment by the World Food Programme (WFP) warned that more than 80,000 children under the age of five living in majority-Muslim areas were “wasting” — a potentially fatal condition of rapid weight loss.

The six-page document, which was reported on at the time, has since been replaced with a statement saying Myanmar and WFP were “collaborating on a revised version”.

That process would involve “representatives from various ministries, and will respond to the need for a common approach” that was in line with “WFP’s future cooperation with the government”.

The report should not be cited in any way, the statement added.

The revelation that the report was spiked will add to a series of recent criticisms that UN did not push the government hard enough for the rights of 1.1 million Rohingya in Myanmar or sound the alarm on their spiralling oppression.

The issue exploded on 25 August when Rohingya insurgents attacked security forces, who responded with a severe counteroffensive. More than half a million Rohingya have since fled to neighbouring Bangladesh, many alleging the army conducted mass killings and rapes, claims the government denies.

The UN’s most senior official in the country will leave at the end of the month amid allegations she suppressed another report, a damning consultation of the UN’s strategy, and also attempted to shut down public advocacy on Rohingya suffering. She leaves in the middle of the current crisis, the worst in decades, while a replacement has not been publicly announced.

Asked why the July study on Rakhine state was removed, WFP said it was withdrawn from the website “following a request by the government to conduct a joint review”.

It an emailed statement, the agency said “WFP stands by its original assessment, which was conducted jointly with local authorities in Rakhine state … However WFP recognises that in a dynamic and evolving situation, it is important to coordinate closely with all partners, including the government.”

The August violence, however, halted the joint review, it said.

A consultant who has worked with the UN’s Myanmar office including WFP said the agency’s in-country team were already extremely nervous about the report getting too much attention.

The assessment indicated that controversial WFP food aid cuts to internally displaced Rohingya over the previous two years had left people in dire need, said the consultant, who asked to remain anonymous in order to speak freely.

“That was the discussion that was going on behind the scenes and at a senior level,” the source said. “They knew it was potentially damaging. It was all to do with the fact that internally, there was a belief that the decision made to stop feeding some of the [internally displaced people] was actually causing people serious harm, in terms of food security, hunger and even starvation.

“There was a real sense that they had things to hide in their work in Myanmar. Things had not been going to plan there,” the source added.

The WFP country office had also been prioritising its relationship with the government above humanitarian needs, the source added, in an attempt to attract millions in donor funding by showing it had government-approved access to work in other parts of the country.

“It’s a funny thing in the UN. It’s all about how much money you can raise,” the source said. But the access came at the expense of Myanmar’s most hated minority, the Rohingya, a toxic topic to raise with the government, leading to it being side-lined.

Meanwhile, WFP knew the “government wouldn’t have been happy”, the source said, about the report, which found that in one district, Maungdaw, one-third of all homes were experiencing extreme food deprivation.

The report called for further humanitarian assistance for more than 225,000 people, a move the government, which has since blocked aid to Rakhine, would not want.

And alarmingly, the assessment pointed to widespread accounts of security forces preventing Rohingya from reach markets and their crops.

“Restriction of movement was one of the main constraints for the population for accessing food,” it said. “Residents still did not have full access to the forest, agricultural land and fishing grounds due to continuous military presence.”

The Guardian has contacted the Myanmar government for comment.

WFP did not respond directly to questions about whether food aid cuts had left vulnerable people in need or whether it the agency had prioritised good relations with the government over the immediate humanitarian needs of the Rohingya.

“WFP’s purpose in Myanmar is and always has been to address the food and nutrition needs of vulnerable people,” it said.