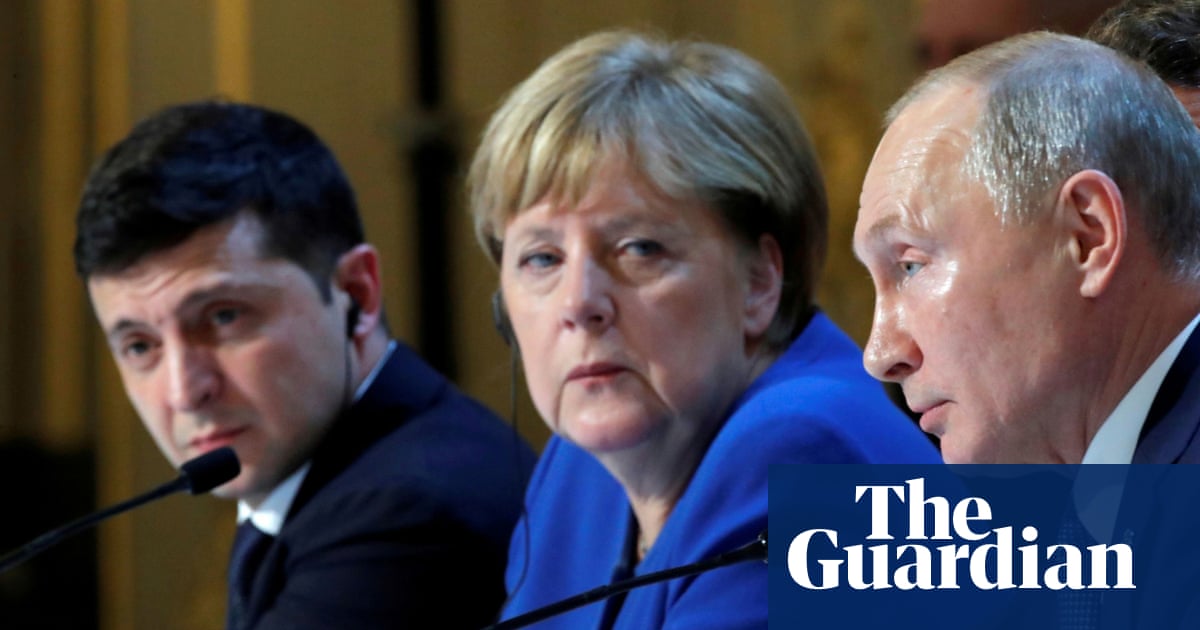 Ukraine’s president, Volodymyr Zelenskiy, believes he can negotiate a deal with Vladimir Putin to end the war in Ukraine, but has threatened to walk away from talks after a year if there is no progress with his Russian counterpart.

“Time is ticking,” he told the Guardian in a rare interview. “The government can spend one year on the entire agreement. Then it should be implemented. Any longer is prohibited.”

Zelenskiy, an actor and comedian who had no political experience when he won presidential elections last spring, said his meeting with Putin in Paris in December had “a few emotional parts”. He believes he got through to Putin during the meeting: “I think he listened to me. I had that feeling. I hope it’s not a false feeling.”

In the wide-ranging interview, conducted in Kyiv in late February, Zelenskiy also discussed his unwanted role in the attempted impeachment of Donald Trump and his relations with the US following the conclusion of the trial.

He said that despite a politically charged US election campaign, he remains ready to travel to the White House to meet Trump. But nearly 10 months after his first telephone conversation with the US president, a concrete invitation to Washington still has not arrived.

“I was told it’s being prepared,” said Zelenskiy with an air of frustration. “It’s hard for me to hear that. I am a person who works to deadlines. Our diplomats are discussing it with American diplomats. I would like us to have a fruitful meeting.”

Zelenskiy admitted it was “unpleasant” to hear reports that Mike Pompeo had made comments questioning whether Americans cared about Ukraine, but insisted the US secretary of state had brought personal assurances of support during a visit to Kyiv earlier this year. “The US is supporting us,” he said. “I want them to support us more strongly.”

On the war, Zelenskiy has been criticised within Ukraine for engaging with Putin, while Russia is still occupying Crimea and fuelling the war in east Ukraine. But he said he was focused on human lives over territory, and pointed to a recent prisoner swap as a sign of progress: “Who is this all being done for? For people. What’s the point of returning our territory if a million people die?”

He said he felt the parties should take a flexible approach to the Minsk agreements, which Ukraine signed under extreme pressure five years ago to end major fighting. Zelenskiy said Putin repeatedly rebuffed his proposals for compromise by referencing Minsk, under which the Kremlin will only relinquish control of Russia’s border with Ukraine at the very end of the process. Russia regularly funnels money, troops and weapons across the border.

“There are points in Minsk, if we move them around a bit, then what bad can that lead to?” he said. “As soon as there are no people with weapons, the shooting will stop. That’s important.”

Zelenskiy said it was important for Angela Merkel and Emmanuel Macron, the two other leaders in the so-called “Normandy four”, to put pressure on Putin. He said the French and German leaders were supporting Ukraine, but expressed concern about Macron’s efforts to simultaneously repair relations with Moscow, saying: “You can’t play the game on two fronts here.”

Zelenskiy gave a deadline of a year from December’s first summit with Putin to find a breakthrough. “I won’t give my five years, which were given to me by the Ukrainian people, to work on Minsk for five years. I won’t do it,” he said, adding there were “two or three plans” of what to do after walking away from talks, but declining to elaborate.

He said the peace negotiations were a distraction from his domestic agenda, which has been hampered by political infighting that culminated in his decision this week to oust the prime minister.

• Read the full interview in Saturday’s Guardian Weekend magazine, and on theguardian.com on Saturday morning.