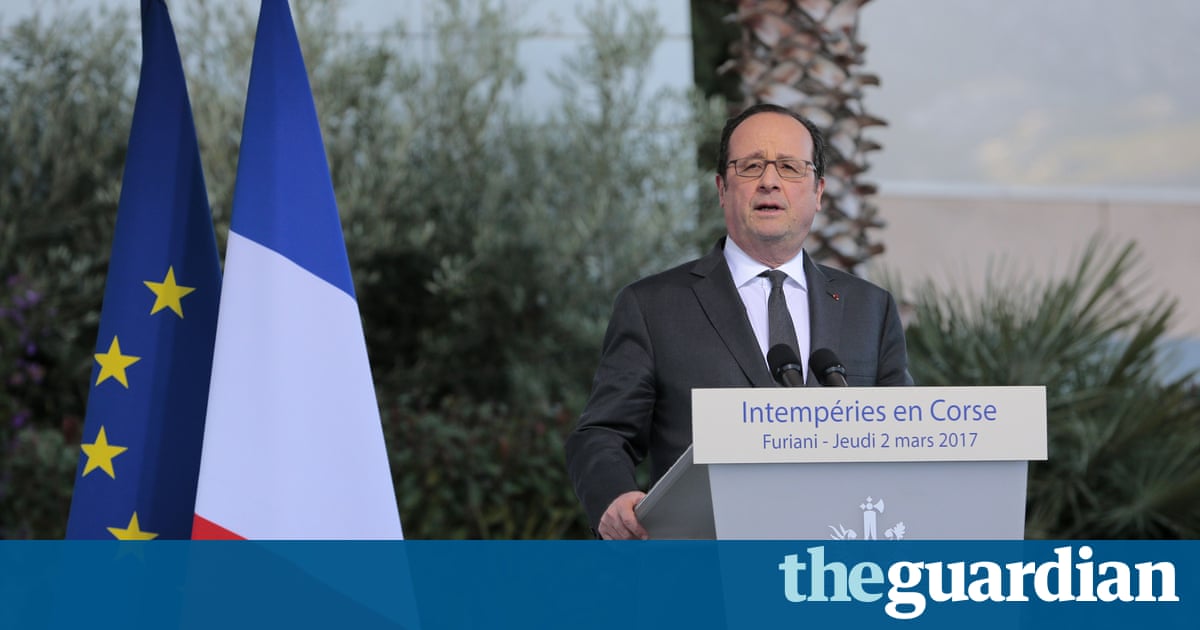 The French president, Franois Hollande, has warned that Britain cannot hang on to the advantages of EU membership after it leaves, saying his message to Britain is: Thats not possible; the UK will become an outsider to the European Union.

In an interview with the Guardian and five other European newspapers as he prepares to host a summit in Versailles to discuss the future of the European Union after Britains departure, Hollande said he regretted Britains decision to leave but stressed Frances long-held position that the UK could not exit the EU while holding on to any of the perks of membership.

The UK, which is expected to trigger the article 50 process to leave the EU within weeks, has been optimistic about finding trade agreements with the EU and an advantageous compromise on financial services.

But Hollande said the government would not be able to find an alternative in relations with the US under Donald Trump. The UKs problem is this: it had thought that in leaving Europe it would tie up a strategic partnership with the US. But it now happens that the US is closing itself off from the world. The UK has made a bad choice at a bad moment. I regret that.

Hollande is to host a mini-summit with the leaders of Germany, Spain and Italy in Versailles on Monday night to prepare the celebrations of the 60th anniversary of the Treaty of Rome. Those Rome celebrations to take place without the UK on 25 March will include a declaration on the future of the EU post-Brexit. Several options for the shape of the future of the bloc have been put on the table. Hollande said the option of having a multi-speed Europe, with different countries integrating at different levels, had been resisted for a long time but was now becoming a possibility. If not, he warned, Europe could break up.

France will push for a more integrated European defence policy, something that Britain had strongly opposed in recent years. But Hollande said the door would be open for the UK which has very close bilateral military ties to France to have a clear link to any integrated European defence project. In my mind, the UK, even outside the EU, should be associated with that, he said.

France is keen to use the Trump presidency to rally Europeans behind closer defence policy. Hollande said Trumps suggestions that the US military should disengage from the international arena and defence cooperation had given a new momentum to plans for closer European defence. Europe had to avoid depending on any outside powers that might leave it in a submissive role, he warned.