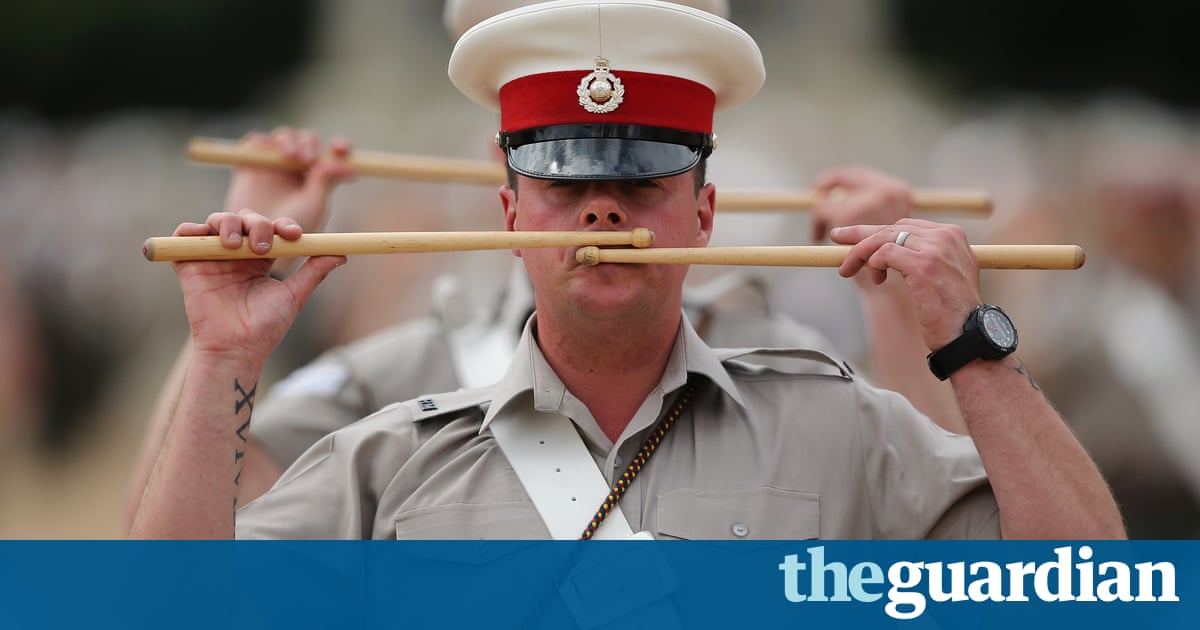 MPs and rights groups have reacted with dismay over the use of a secretive 1bn government aid and security fund to pay for a Royal Marines band to play in Bahrain for the Queen Elizabeths 90th birthday, despite the countrys dire human rights record.

Funds from the conflict, stability and security fund (CSSF), which is aimed at tackling conflicts and building stability overseas, were used to send the Royal Marines band to Bahrain in April 2016 at a cost of 25,000 to the taxpayer.

The fund, which is being investigated by British MPs, is so secretive that the government has refused to reveal the names of countries in which the money is spent or reveal how the fund works or even which project it supports.

But documents provided under the Freedom of Information Act reveal that the band was invited to the Gulf state at the request of the Bahrain Defence Force and Ministry of Interior. The government has been linked to dozens of deaths since February 2011, when Bahrains Shia majority launched pro-democracy protests in the Sunni-ruled kingdom.

Torture and other abuses remain common in Bahrain, according to Amnesty International, and the government continues to curtail freedom of expression, association and assembly.

The documents come after the Guardian revealed that Bahraini authorities would receive a further 2m in funding, including aid money drawn from the CSSF.

The Queens birthday event, held at the British embassy in Manama, was sponsored by HSBC and British Airways. Some 200 guests attended, including deputy prime minister Sheikh Khalid bin Abdulla al-Khalifa, a key member of the ruling family.

Sayed al-Wadaei, director of advocacy at the London-based Bahrain Institute for Rights and Democracy (Bird), called for the CSSF and the UKs toxic relationship with Bahrain to be raised as an election issue.

He told the Guardian: With little transparency, the government is spending taxpayers cash propping up a dictatorial regime in Bahrain which maintains its rule through imprisonment and torture of critics. Bahrain and its ally Saudi Arabia contribute to the problems not the stability of the Middle East, and the toxic relationship to these repressive countries shames Britain.

The revelation that one of Britains most prestigious military bands played in the kingdom raises the question of Londons complicity in whitewashing abuse in Bahrain. It comes days after authorities in the country rounded up 32 dissidents in a clampdown on the eve of a key UN human rights session. In March, King Hamad bin Isa al-Khalifa approved a constitutional amendment that allows military courts to try civilians.

Tom Brake MP, the Liberal Democrat spokesman for foreign affairs, said: This act shows that rather than putting human rights abuses first, the prime minister would rather send a marching band to sing lavish praises for a nation whose view of democracy and freedom of speech is simply shocking.

The event at the British embassy took place only weeks before the king travelled to Britain to sit in pride of place next to the Queen at her 90th birthday extravaganza at Windsor Castle.

The documents, obtained by Bird and seen by the Guardian, also reveal that the bands visit was just one of 37 events, exchanges or training programmes offered to Bahrain by British armed forces since 2015, raising the possibility of UK complicity in abuses.

The training, which took place in Bahrain and in the UK, and was paid for by a mixture of CSSF, UK military and Bahrain government funding, included elite commando training, officer training at the Sandhurst military academy, and bomb disposal training.

It also included Royal Navy visits to Bahrain and Royal Air Force training in air battle management to improve the Gulf states strike capability. This will dismay those who say Bahrain is playing a key role in the controversial Saudi-led bombing campaign in Yemen.

In addition to paying for the Royal Marines band, CSSF money was also used to deploy an officer from the British Army to serve with the Bahrain Defence Force. And up to 70,000 from the fund was used in counter-improvised explosive device training.

The CSSF, which operates in more than 40 countries, is overseen by the national security council, a cabinet committee that includes senior ministers, military chiefs and secret service heads, prompting allegations from the Labour party that it is leading to the militarisation of Britains development budget.

In addition to Bahrain, concerns have also been raised over the funds apparent links to Ethiopian and Myanmarese security forces, amid claims from MPs investigating the fund that they were working in the dark because of its opaque nature.

The secrecy surrounding the fund has undermined the governments objectives for transparency over aid funding, according to the joint committee on the national security strategy.

It is not clear how the use of the fund in Bahrain supports the prevention of conflict, prompting allegations that the CSSF is being misused.

If the British government is really interested in Bahrains stability, it should criticise its Gulf ally for crushing the life out of its peaceful opposition, said Nicholas McGeehan, a Bahrain researcher at Human Rights Watch. Instead it seems to play the role of cheerleader-in-chief, rolling out the red carpet, and providing British pomp and splendour at every available opportunity, while Bahrain fills its jails. British MPs should be asking very serious questions about this use of taxpayers money.

A UK Ministry of Defence spokesperson said: Where we have concerns about human rights we will continue to raise them at an appropriate level, both in private and in public. Any assistance of training complies with our domestic and international human rights obligations.

Trouble in Paradise: the rise and fall of Germany’s ‘brothel king’ | Hilke Lorenz