It isnt just a source of embarassment on the beach belly fat can lead to diabetes, heart disease and other health problems. But whats the best way to lose it? 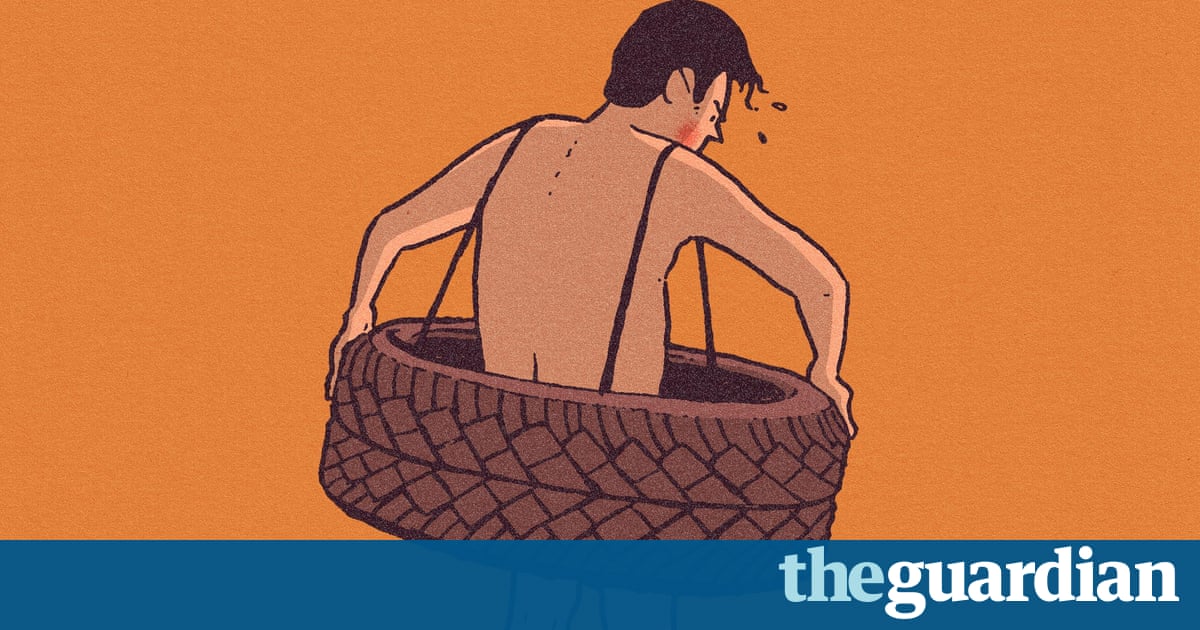 Its summer, and those big, baggy jumpers that hide our cuddly bumps and lumps have been relegated to the back of the wardrobe. For many of us, that raises a question: what to wear that disguises the evidence of winter comfort eating? But a more urgent one is how do I get rid of that belly? The muffin top, the beer belly, the spare tyre (or two): there are a multitude of names but they all mean the same thing abdominal fat.

Belly fat is a more significant issue than the aesthetics of squeezing into last years skinny jeans its an indicator of your overall health. There are two types of fat that sit around our midriffs. One is the subcutaneous fat the fat under your skin that is distributed all over your body. Its what is referred to when asked if you can pinch more than an inch. The other type is visceral fat, which surrounds all our vital organs such as the liver, pancreas and intestines.

Last year, while making the BBC1 program Truth About Fat, I had an MRI where I got to see the fat distribution around my body. Seeing the image of the fat around my own organs was a sobering moment. Too much fat around the liver, pancreas and bowel can lead to all kinds of health problems.

Visceral fat is said to be more metabolically active than subcutaneous fat, and researchers have found that the stress hormone cortisol significantly increases its storage. It has been strongly linked to both insulin resistance, inflammation and metabolic disease, even in those who have a normal BMI. But although it is considered more dangerous to our health, the good news is that it is easier to shift than subcutaneous fat.

The internet is awash with various spot reduction methods quick-fix tricks that promise to help melt fat away. But do they work? To find the solutions that do, the team from the BBCs Trust Me Im a Doctor conducted its own small-scale experiments. Thirty-five volunteers took part in trials conducted by two experts in the field of exercise and diet. All of the volunteers had waist sizes that put them at risk of type 2 diabetes and heart disease. Fredrick Karpe, a professor of metabolic medicine from the University of Oxford, and Dylan Thompson from the University of Bath, were tasked with coming up with two methods each to trial with the four groups, aligned with their own areas of expertise.

To start, each participant had a dual X-ray absorptiometry or Dexa scan to get a detailed picture of the amount of fat they had, and where it was distributed. Other parameters were measured, including resting heart rate, blood glucose, blood lipids, weight, blood pressure and of course the waistline measurements. Thompson took two groups for two different types of exercises, while Karpe took two groups for different dietary interventions. The first exercise group wore activity monitors and were told to eat as they normally would. Thompson instructed that they make simple lifestyle changes to make them more active and increase their daily step count. The second exercise group was given the favourite internet fix for belly-fat busting: sit-ups. They each did a daily 10-minute abdominal workout over the six-week period.

The first dietary group monitored by Karpe were given the task of following another popular online tip: drinking three glasses of milk a day, which according to the online fat busting crowd, is supposed to help slim the waist. The theory is that dairy consumption might promote fat excretion in the faeces rather than being absorbed. The final group was tasked with reducing food portion sizes, eating no more than a fist-size portion of food at each meal. They were not told to change their eating habits other than this, eating what they normally consumed, just in smaller amounts and no snacks between meals. A dietician supported them through the process, offering coping strategies if they were suffering from hunger pangs.

After six weeks, the results were revealing. The exercise group didnt lose any fat but their health markers vastly improved, including significant drops in blood pressure. One participant even reduced their blood glucose levels from the diabetic range to normal. The sit-up group, meanwhile, didnt lose any weight or get any healthier, but they did lose an impressive average of 2cm from their waistlines. But Thompson explained that this was due to an improved core strength and the muscles simply holding their fat better a bit like a muscle version of Spanks.

Karpes milk drinkers didnt show any change in weight or health but despite theoretically consuming an extra 400 calories a day, didnt gain any weight or fat. However the group admitted that they were often too full to eat as they normally would. The clear winner was the diet-control group. This group lost 35kg between them an average of 3.7kg each over just six weeks. Their average waistline reduced by 5cm. Dexa scan readings showed an average of 10% of their existing body fat being lost, and an impressive 20% reduction in the visceral fat inside the abdomen. This group lost overall body fat as well as abdominal fat, and saw improvements in their other general health parameters too.

The conclusion is hardly earth-shattering, but backs up what we all probably should know already. If you want to bust belly fat in a healthy and effective way, its the age old advice: diet and exercise. Leave the fads where you found them and eat less, and move more. Youll be safeguarding yourself from disease and youll be able squeeze into those skinnies again.