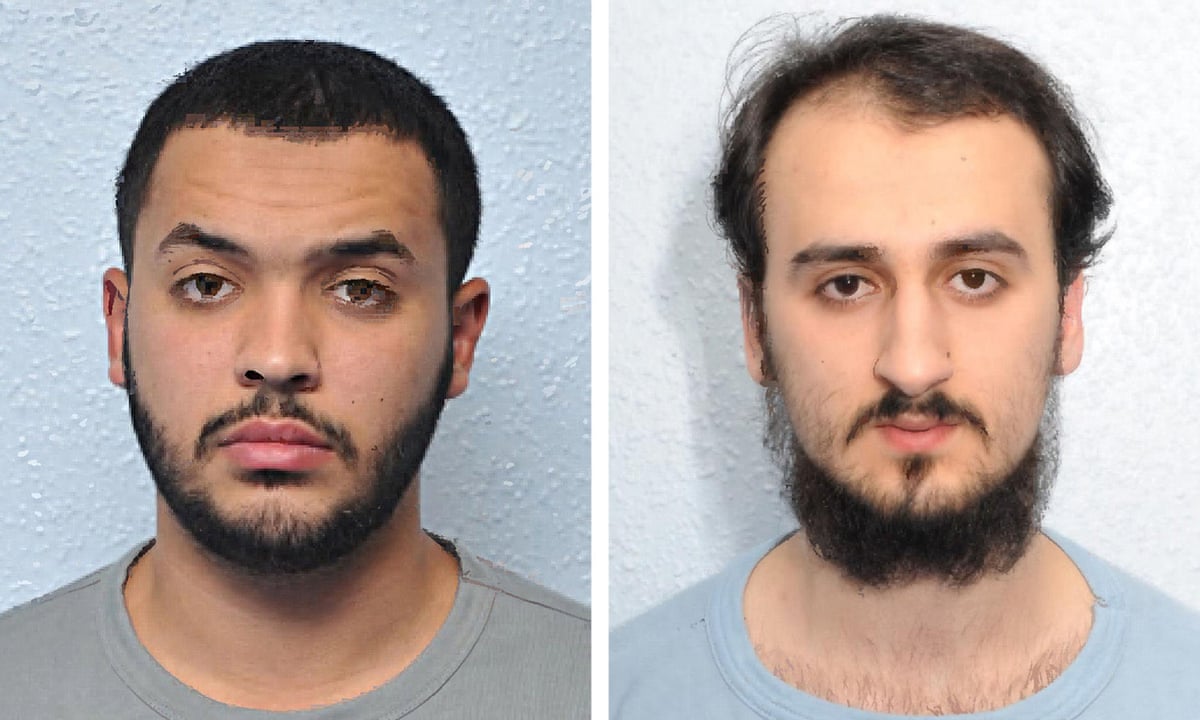 A pair of home-grown terrorists have been given life sentences for plotting to kill soldiers, police officers and civilians in a series of Islamic-State-inspired drive-by shootings.

Acting on instructions from mastermind Tarik Hassane, the physics student Suhaib Majeed had got his hands on a gun and ammunition and was discussing buying an untraceable moped before police swooped to arrest him in September 2014.

His old school friend Hassane, nicknamed the Surgeon, was studying medicine in Sudan at the time but rushed back to London to carry on as a lone wolf terrorist before he, too, was picked up.

Majeed, 22, was found guilty of conspiracy to murder and preparation of terrorist acts after Hassane, 22, admitted the charges midway through the Old Bailey trial.

The judge told them: It is shocking, tragic and deplorable that you, two young British men, educated through the UK school system, undertaking university courses, should be so influenced by the bloodthirsty version of Islam presented by Isis and other similarly minded groups, that you decided to take up arms against your fellow British citizens and those charged with protecting them in the streets of your own city.

Earlier, the court was told that both Hassane and Majeed had now accepted their involvement in the plot to murder. In his confession, Hassane had said he felt like he was in a bubble at the time but added: I really doubt I could have ever done this.

The judge said that, in a frank account, Hassane had admitted visiting Syria in 2013 where he learned how to handle guns and spent time with a fighter who was killed.

On his return to the UK, having decided not to become a fighter too, he raised thousands of pounds to support extremist violence in Syria before becoming the prime mover in the murderous plot.

Nyall Hamlett, 25, and Nathan Cuffy, 26, who were acquitted of being part of the plot, were sentenced for firearms offences. Hamlett was given six and a half years in jail while Cuffy received 11 years.

Hassane and Majeed, from west London, had links to the same mosque associated with Mohammed Emwazi, also known as Jihadi John, who achieved notoriety before his death in Syria as an executioner for IS.

Metropolitan police commander Dean Haydon said the terror plot was a step up in terms of complexity and the use of guns, which was a real concern for police.

Prosecutor Brian Altman QC had said Hassane and Majeed were heavily influenced by the rise of Islamic State, which pronounced a caliphate in June 2014. Within days, Hassane pledged his allegiance to IS and encouraged his friends to follow suit. He was pictured posing with a gun in one hand and a book on Osama bin Laden in the other.

His close friend Majeed was studying at the prestigious Kings College London and was chairman of its Islamic society. The court heard that Majeed sent a picture of a dead fighter laughing to a Telegram chat group named Turnup Terror Squad, of which Hassane was also a member. And he had a grim video of Emwazi beheading a journalist on his iPad, jurors were told.

Majeed was an essential cog in the conspiracy, having set up a laptop to exchange encrypted messages with Hassane in Khartoum. In them, Hassane repeatedly urged him to get the P, Z and C together to set his deadly plan in motion. The prosecution said P was code for money, Z was for a zoom zoom or moped and C was for Creps their secret language for firearms, which were also referred to as types of trainers.

In September, they received direct encouragement when the IS official spokesman issued a fatwa to kill disbelievers in the west in a speech on YouTube. Later the same month, Cuffy supplied a self-loading Baikal pistol with silencer and bullets to fellow Muslim convert and former Catholic altar boy Hamlett, who had admitted transferring it on to Majeed.

It was one of five guns the street criminal had stashed at his home in sports bags, which he claimed he was holding for three joint owners. When armed police raided Majeeds home, the student was spotted tossing the gun and ammunition out of his bedroom window.

Hamlett knew Majeed and Hassane through the Al Manaar Muslim Cultural Heritage Centre in Ladbroke Grove, west London, where he used to work as a cook. But he denied knowing what he had been asked to deliver to Majeed until the last minute. Cuffy also said he had no idea about the plot.

Cuffy, who worked at The Money Shop, had already pleaded guilty to possession of firearms with intent to endanger life relating to a small armoury of assorted guns at his home.

Majeed admitted having the Baikal self-loading pistol, silencer and ammunition but denied intent to endanger life. However, the jury convicted him of the more serious charge.