Techno-utopians like me believed the internet would end authoritarianism. The president proves how wrong we were 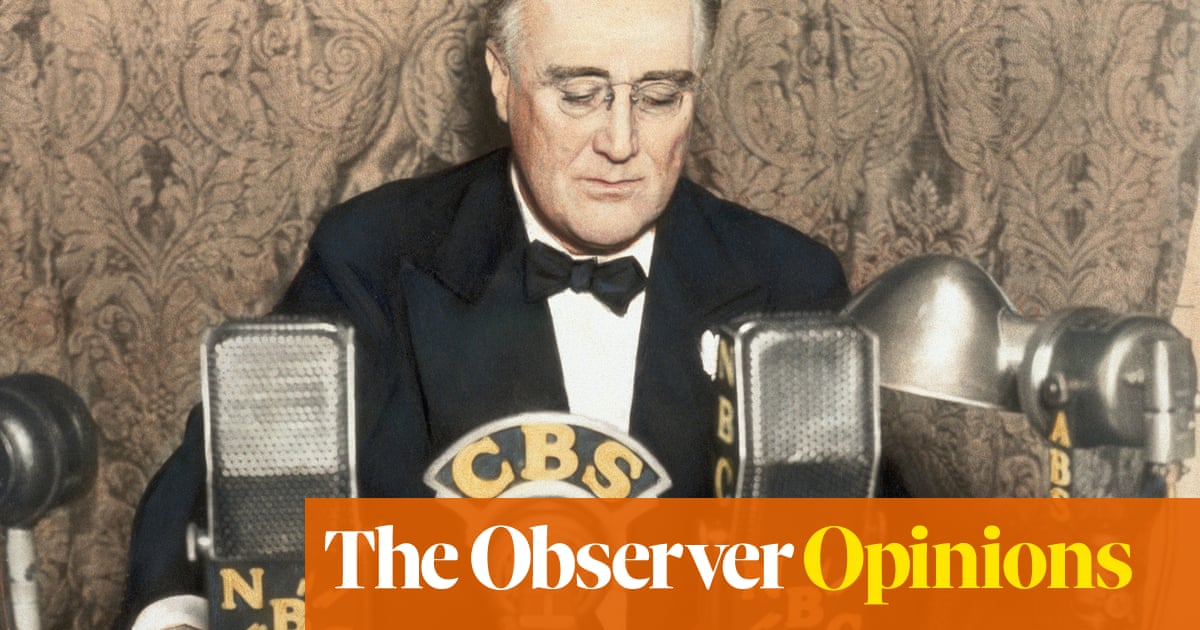 Here’s the $64,000 question for our time: how did digital technologies go from being instruments for spreading democracy to tools for undermining it? Or, to put it a different way, how did social media go from empowering free speech to becoming a cornerstone of authoritarian power?

I ask this as a distressed, recovering techno-utopian. Like many engineers of my generation, I believed that the internet would be the most empowering and liberating technology since the invention of printing by moveable type. And once the web arrived, and anyone who could type could become a global publisher, it seemed to me that we were on the verge of something extraordinary. The old editorial gatekeepers of the pre-internet media world would lose their stranglehold on public discourse; human creativity would be unleashed; a million flowers would bloom in a newly enriched and democratised public sphere. In such a decentralised world, authoritarianism would find it hard to get a grip. A political leader such as Donald Trump would be unthinkable.

Naive? Sure. But I was in good company, as Fred Turner, the distinguished Stanford sociologist, recounts in a remarkable essay about Twitter in a collection recently published by MIT Press.

Turner sets our contemporary dilemma in a longer historical context of the relationship between media and power. In the 1930s, observers marvelled at the astuteness of Joseph Goebbels, Hitler’s propaganda chief, particularly the way he harnessed broadcast (ie one-to-many) communications technology to induce Germans to tune into a single powerful source. “By turning together in a single direction,” Turner writes, “audiences rehearsed the one-to-many structures of fascism.” Mass media deployed in this way “tended to produce an authoritarian personality style”.

Analogue broadcast technology worried governments and social theorists in the postwar era. If mass media promoted common audience experiences, then it also promoted “undifferentiated mass society”. Trying to prevent this was what lay behind the concerns of regulators to try and ensure “plurality” when considering media mergers and acquisitions – and also why military coups invariably involved first seizing radio and TV stations. But for a long time there was no way of reining in broadcast media other than by regulation.

And then, one day, the internet arrived and the game changed. Suddenly, anyone could be a publisher. Every individual would be able freely to choose what to believe, with whom they would associate and where they would choose to direct their attention. The power of broadcast media would be attenuated. The public sphere could become a free “marketplace of ideas” in which good ideas would drive out the bad. Twitter seemed like the technological instantiation of this ideal: it promoted individual expression and helped to build social networks. Anyone could say anything (well, almost: there were always those vapid “community guidelines”). The first amendment ruled OK.

Trump’s capture of the presidency, says Turner, has comprehensively refuted the democratising promise of digital media. The key feature of authoritarian capture is the projection of the charismatic personality of the ruler. In an analogue era, that meant that the bodies or minds of his audience had to be brought together in one place so that he could work his hypnotic magic. Think Nuremberg rallies or regular speeches like the ones Goebbels used to transmit, via the inexpensive radio receivers he dispensed and also by loudspeakers in public places.

Although Trump has used mini-Nuremberg-style rallies to great effect, he displays most ingenuity in using Twitter to project his charisma. Turner highlights two aspects of this. The first is the way he uses the medium to project his personality: the daft, tempestuous tweets that so infuriate liberals are taken by followers as a sign of his authenticity as a person. He’s “just being himself” – so unlike conventional politicians – and so claims the right to their attention and political support. The second significant aspect is that his tweets come as part of a follower’s twitterstream, interspersed with tweets from friends and a range of other sources. In that way, Trump uses the medium “to insert himself into the company of a user’s chosen conversation partners”, much as Franklin Roosevelt used his “fireside” radio chats during his presidency.

Turner’s analysis of Trump’s ascendancy is as depressing as it is acute. He concludes that “authoritarian charisma is not medium-dependent. Nor are authentic individuality, the intimate social sphere, or flexible collaborative networks necessarily enemies of totalitarianism.” And it’s not clear what, if anything, can be done to improve things. Of course, Twitter could ban Trump, but with 53.8 million followers it’s unlikely to do that. Mainstream media could start ignoring Trump’s tweets, which effectively allow him to control their news agendas, but they won’t, because he’s good for clicks and circulation. And besides, the guy is, after all, the elected president of the United States. Which, in a way, neatly summarises the problem we’ve got.

What I found on the web