Andrew Brunson, on trial for alleged espionage, was released due to health issues after US policymakers threatened sanctions 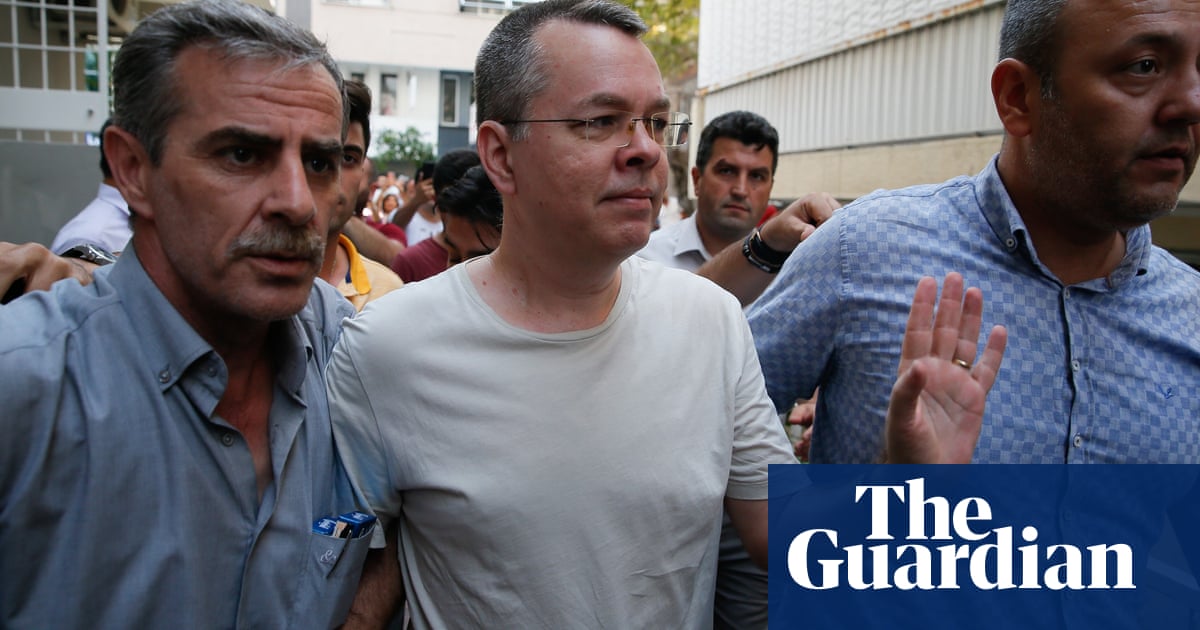 An American pastor whose imprisonment for more than 600 days has tested relations between the US and Turkey has been released from jail and placed under house arrest, in an apparent concession to repeated demands by American policymakers who called the man’s detention a disgrace and threatened sanctions against Ankara.

The US secretary of state, Mike Pompeo, welcomed Andrew Brunson’s release from prison – but said the decision did not go far enough.

“We welcome long overdue news that Pastor Brunson has been moved from prison to house arrest in #Turkey, but it is not enough,” Pompeo tweeted. “We have seen no credible evidence against Mr. Brunson, and call on Turkish authorities to resolve his case immediately in a transparent and fair manner.”

A Turkish court in the city of Izmir said it was releasing Brunson, who was detained in October 2016, to his home due to health issues.

He is on trial over allegations of espionage on behalf of Kurdish insurgents and the Fethullah Gülen network, a movement that is widely believed to have orchestrated a coup attempt in 2016.

The trial, which is dominated by secret witness testimony, has been repeatedly condemned as farcical by US officials and other monitors.

Brunson’s release had been widely expected earlier this month after Donald Trump praised Turkey’s president, Recep Tayyip Erdoğan, on the sidelines of a Nato summit, leading to speculation that the pastor might be released at a 18 July hearing.

But the court refused to release him, provoking a condemnation from Trump, who described the continued incarceration as a “disgrace”.

Turkish prosecutors are seeking a maximum prison sentence of 35 years for the pastor, who has led a congregation in Turkey for years, and the court has imposed a travel ban on him.

Brunson’s detention has been sticking point in relations between Ankara and Washington, which have suffered due to disagreements over US policy in Syria and court cases targeting Turks and Americans in both countries.

Congress has considered imposing sanctions on Turkey over its detention of Brunson, including barring the sale of F-35 fighter jets.