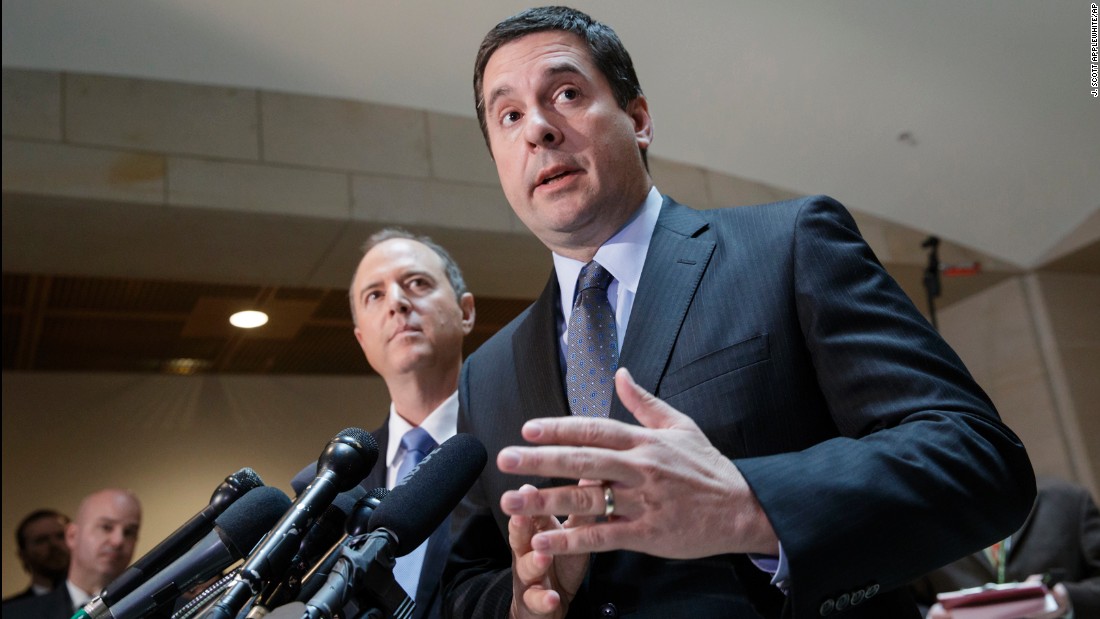 It’s a moment of political theater that could end in humiliation for Trump, with Comey expected to say that there was no wiretapping, debunking allegations that Trump has repeatedly refused to withdraw.
The hearing could also shed light on the state of FBI investigations into the extent of Russian meddling in the election campaign. Republicans hope Comey will state that there is no evidence of collusion between Trump aides and officials from Moscow, a move that could begin to break up a cloud of Russian intrigue that has stifled the early weeks of the administration. 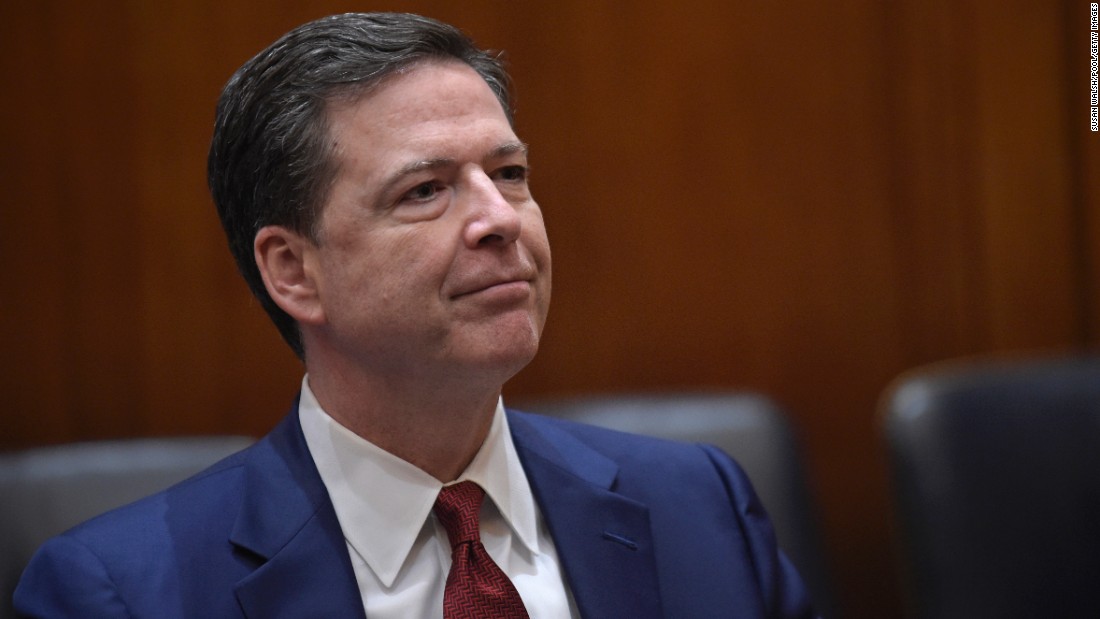 RELATED: Comey hearing under way before House Intelligence Committee
Trump was trying to shift attention away from the wiretapping claims in a series of Monday morning tweets.
“James Clapper and others stated that there is no evidence Potus colluded with Russia. This story is FAKE NEWS and everyone knows it!” Trump wrote shortly after 6:30 a.m. ET, followed by: “The Democrats made up and pushed the Russian story as an excuse for running a terrible campaign. Big advantage in Electoral College & lost!”
The controversy over the wiretapping claims was unleashed by stunning early morning tweets from the President at his Mar-a-Lago resort in Florida two weeks ago. He drew parallels to Watergate and McCarthyism and said Obama was a “Bad (or sick) guy!” for ordering surveillance of his New York residence — allegations the former president quickly denied through a spokesman.
In one sense, the strange controversy over Trump’s tweets has left the President in a position where he is most comfortable politically at odds with the media and the political and intelligence establishment in Washington.
But it has also evolved into a political distraction at a time when Trump is facing fights over Obamacare repeal and the budget that will help define his first 100 days in office. This week, for example, the administration should benefit from favorable coverage of the confirmation hearings of Trump’s respected Supreme Court pick Neil Gorsuch, but the Intelligence Committee hearing has the capacity to overshadow the judge’s testimony. 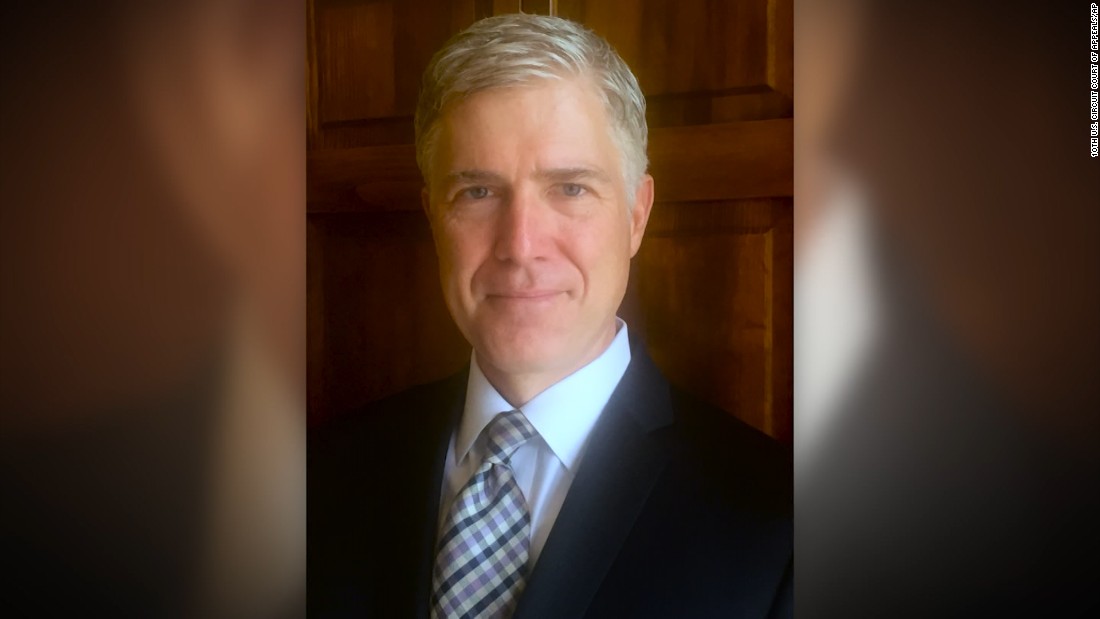 The man who could replace Justice Scalia

RELATED: What Neil Gorsuch learned from Kennedy, Scalia and Thomas
Comey’s appearance will highlight the strange, starring role of the FBI director in an election that many Democrats believe was tilted toward Trump by Comey’s interventions related to Hillary Clinton’s use of a private email server. The FBI chief now finds himself presiding over a politically explosive investigation that could include the behavior of aides to the sitting President amid claims by Democrats of nefarious dealings between Trump’s campaign inner circle and Russian political and intelligence officials. 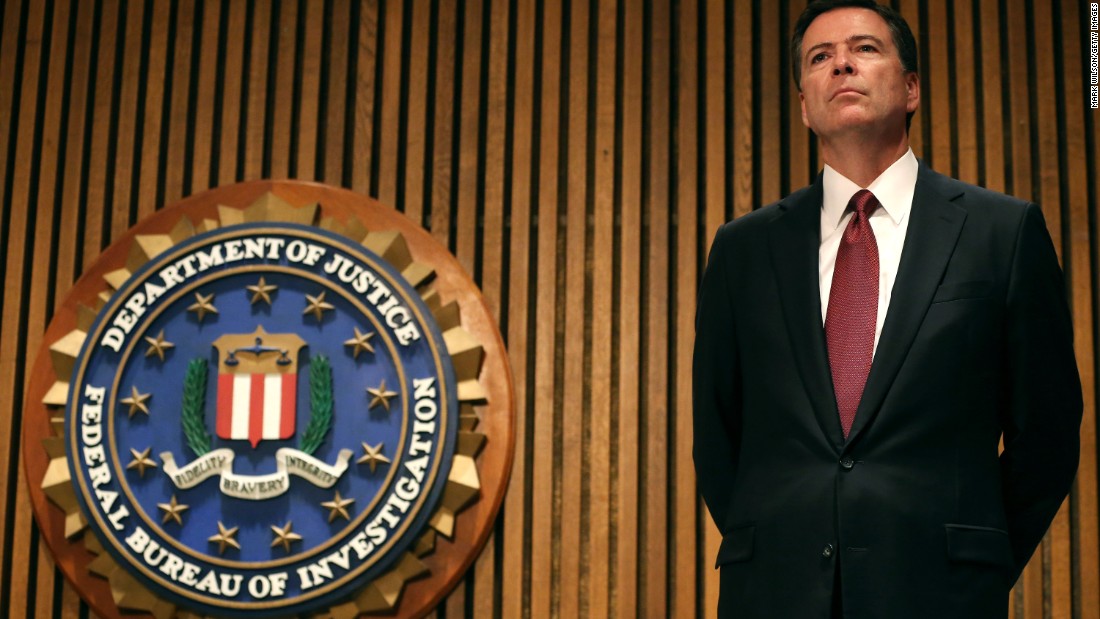 Who is James Comey?

Trump’s failure to provide evidence for his wiretapping accusation — effectively an allegation of criminal wrongdoing against the former administration — or to draw back the claims tied his White House in knots as it sought to explain and finesse the tweets while sparing the President embarrassment.
But the effort stumbled as every key congressional figure associated with intelligence oversight said there was no evidence of wiretapping. Comey was “incredulous” about Trump’s tweets, sources familiar with the matter told CNN.
The administration’s isolation was clear on the eve of the hearing Sunday. 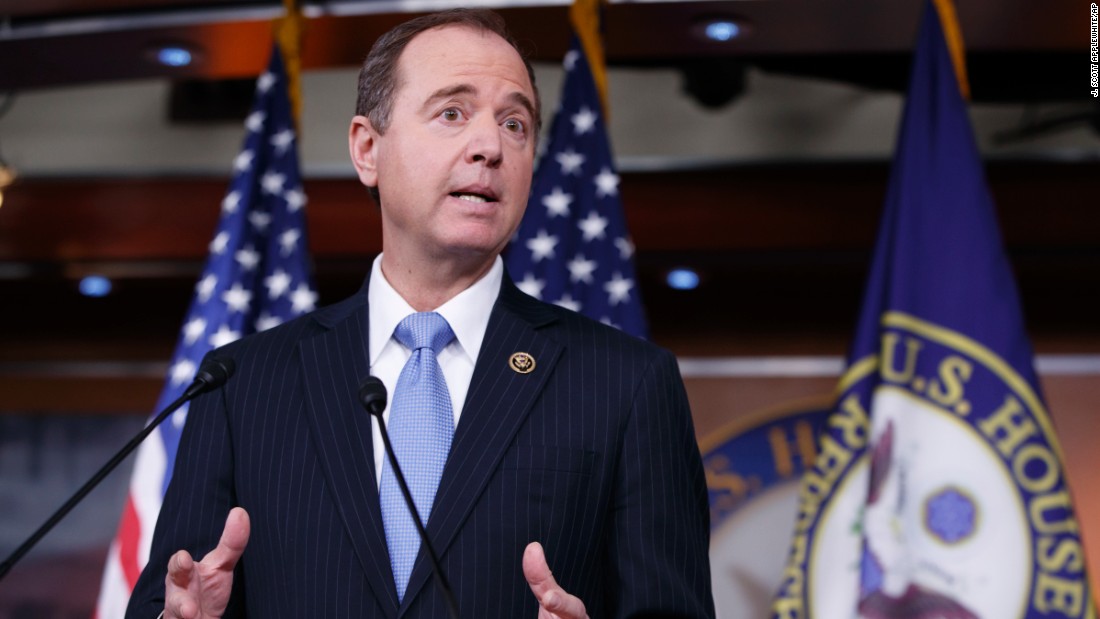 Rep. Adam Schiff: ‘No, wiretap is a wiretap”

“Was there a physical wiretap of Trump Tower? No … there never was,” Republican House Intelligence Committee Chairman Devin Nunes told “Fox News Sunday.”
The top Democrat on the committee, Rep. Adam Schiff, added on NBC’s “Meet the Press”: “I hope that we can put an end to this wild goose chase because what the President said was just patently false.”

Allegations makes waves among allies at home and abroad 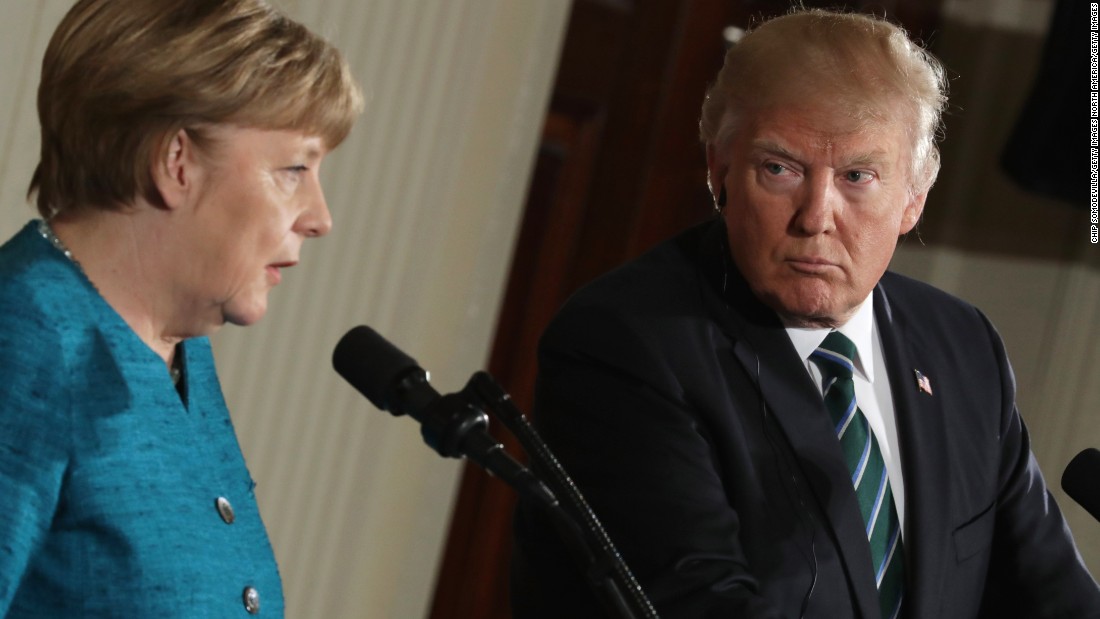 White House efforts to support the claims ended up embroiling two key European allies: Britain and Germany. Officials in London were livid that White House spokesman Sean Spicer cited an unsubstantiated report that Britain’s Government Communications Headquarters — the British equivalent of the NSA — had been used by Obama in the operation. Germany’s Chancellor Angela Merkel, whose phone was once tapped by US intelligence, did not take kindly to Trump’s quip that they had something in common Friday.
Also Friday, Trump’s Justice Department sent classified information to Capitol Hill about the claims, but sources said it did not substantiate them.
The apparent lack of evidence for Trump’s claims is causing consternation among the President’s Republican allies and Democrats alike, and speculation about how he will respond if Comey testifies that they are baseless.
His unrepentant Friday news conference suggests the President will simply quadruple down on his claims, and ignore evidence against him. Such is the depth of feeling in Trump world that he is the victim of a plot by the establishment and the media to undermine his administration that he is unlikely to pay a heavy price among his devoted supporters. 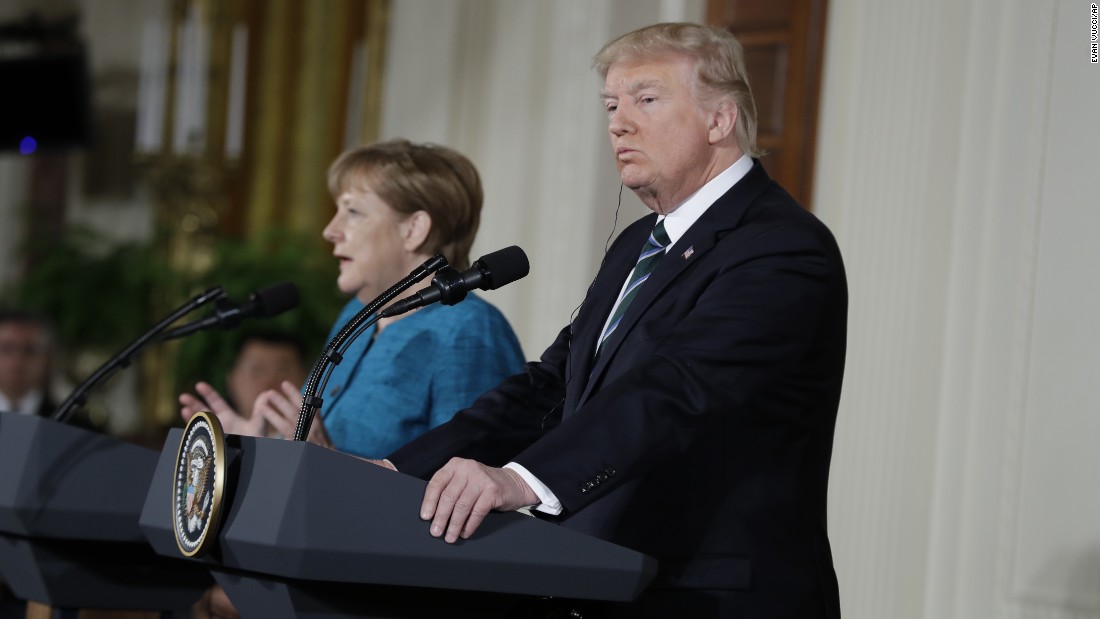 But the episode has again raised questions about whether Trump’s penchant for defying facts and evidence that helped him in his campaign could exert a significant price on his presidency.
RELATED: Why Trump just can’t (and probably won’t) quit the wiretap story
Some observers believe Trump is eroding credibility that he will need to rally Americans in a moment of national crisis. Trump’s reliance on a Fox News report for his claim on British involvement, and not the testimony of his intelligence agencies, appears to indicate the most powerful man in the world is operating in a realm of conspiracy theories rather than facts.
“The wrecking ball it created now has banged into our British allies and our German allies, it’s continuing to grow in terms of damage, and he needs to put an end to this,” Schiff said on NBC.
“Now maybe this is the way he conducted his real estate business, with half-truths and sometimes no-truths and a lot of bluster. That, in my opinion, is no way to run a business. But it’s an even worse way to run a country.” 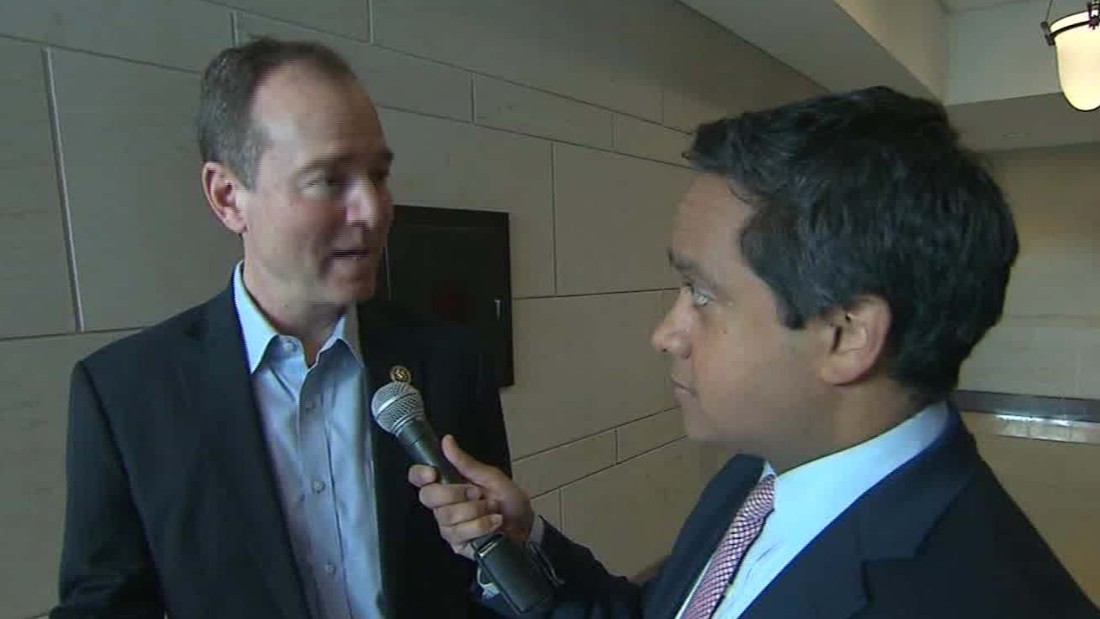 Republican Rep. Tom Cole told reporters Friday that Trump should say sorry to Obama if he couldn’t support his claims.
“Frankly, unless you can produce some pretty compelling proof, then I think that President Obama is owed an apology in that regard.”
“If he didn’t do it, (Trump) shouldn’t be reckless in accusations that he did.”

Looking at links between Trump campaign and Moscow

Some Democrats believe that Trump’s perpetuation of the wiretapping claims represents an effort to distract from allegations that his campaign had inappropriate contacts with Russian officials.
“Really what they are doing is they are rolling smoke bombs into an investigation where the dots continue to connect around prior personal, political and financial ties with Donald Trump and his team and Russia,” said Democratic Rep. Eric Swalwell, a member of the House Intelligence Committee, in an interview.
But the White House is angry that statements by former senior intelligence officials in the Obama administration — and by top congressional figures — that there is no evidence to substantiate the claims of alleged collusion with Russia is not getting more coverage.
“I think when it comes to the Russia story — and the on-the-record sources who have been briefed by the FBI continue to conclude that there’s nothing there — you guys continue to fall back on these anonymous sources and perpetuate a false narrative,” Spicer vented to reporters Thursday.
Other Republicans believe that Comey’s testimony Monday could begin to ease the pressure on the White House over the Russia question. 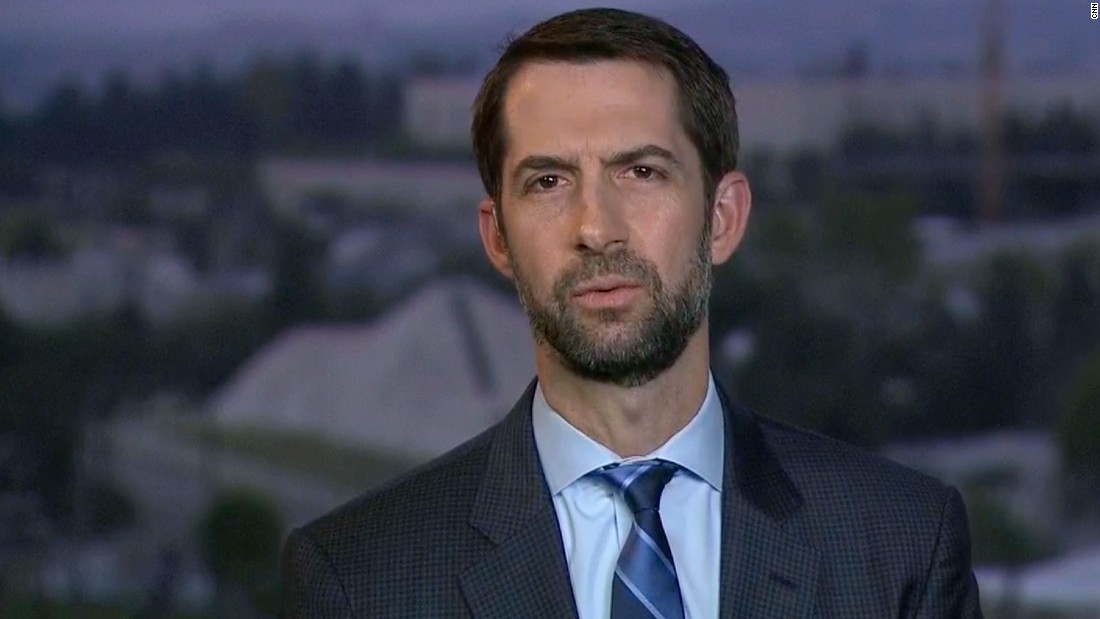 “I do think it’s important that we look at the broader context here,” Arkansas Sen. Tom Cotton said on CNN’s “State of the Union” on Sunday. “The House committee hearing tomorrow is going to be in part about the unsubstantiated allegations in the media and by some Democrats of collusion between Trump associates and Russian intelligence.”
Cotton noted that former officials, including Obama’s former director of national intelligence, James Clapper, have said that there was no evidence to substantiate such links.
“I think, ultimately, that matters more to most Americans, given the nature of the allegations that have been made in the past several months about Donald Trump and his campaign and some of his associates,” Cotton said.
A Kremlin spokesman brushed off a CNN question Monday about Comey’s hearing, calling the controversy “hysteria” and saying the Russian government had “nothing to add.”
Still, the shifting explanations of meetings last year between Trump aides, among them Attorney General Jeff Sessions, and Russians, including Moscow’s ambassador to the US, the fact that the first national security adviser, Michael Flynn, had to resign after not being forthright about such contacts, and the President’s own praise for Russian President Vladimir Putin, have kept the speculation alive.
RELATED: How Michael Flynn lost his job in 23 days
Trump’s refusal to release his tax returns has meanwhile made it impossible for him to put speculation which so far lacks evidence that he has been compromised by business links to Russia.
CNN reported in February that there was constant contact between Trump campaign aides and Russians known to US intelligence last summer, citing multiple current and former intelligence, law enforcement and administration officials.
The frequency and the level of those contacts raised alarms in US intelligence and law enforcement circles.
Democrats say that pattern of behavior merits investigation and could press Comey on Monday to say what he can in an unclassified setting about those contacts.
“At the outset of the investigation, there was circumstantial evidence of collusion. There was direct evidence, I think, of deception,” Schiff said.
“And that’s where we begin the investigation,” he said. “Now I don’t want to prejudge where we ultimately end up.”
RELATED: Republicans lose patience with FBI on Russia, Trump campaign ties information
This story has been updated.