There were only four documented cases of attempted voter fraud in the 2016 elections. This commission is about something else entirely 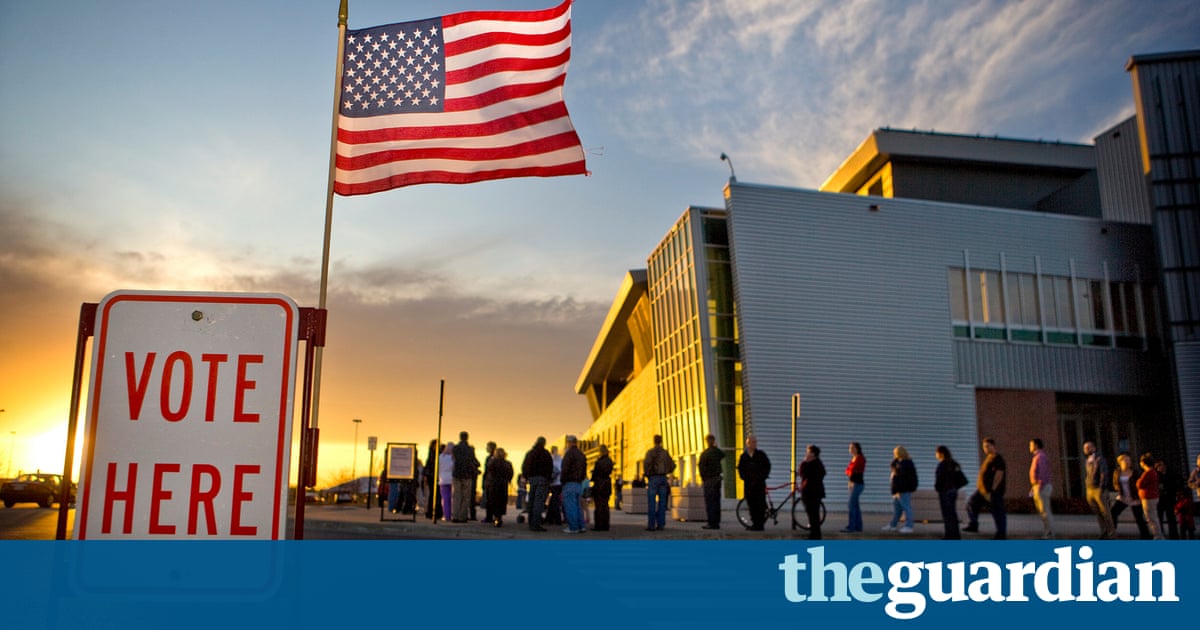 Its been a terrible week for American voting rights. On Thursday, Donald Trump announced that Kansas secretary of state Kris Kobach will work with the vice-president, Mike Pence, to lead a commission on voter fraud and suppression. Lets be clear about what this is: a white power grab as naked and frightening as last summers nude statues of Trump himself.

Before the election, Trump engaged in race-baiting when he called for poll monitors and told his supporters to take a look at Philadelphia, whats been going on, take a look at Chicago, take a look at St Louis. Its no coincidence that these are three cities with large African American populations.

After the election, Trump said 3-5 million people voted illegally (they didnt thats a lie). This, too, was race baiting. As was the egregious comment during his campaign in which he called Mexicans rapists. Trump has repeatedly tried to scare white people into fearing the other. This voting commission continues that effort by suggesting black and brown folk are voting improperly and it will work.

It will lend legitimacy to the idea that voter fraud is a real problem, even though there were only four documented cases of attempted voter fraud in the US in 2016, about one for every 80 million people. By equivocating voting fraud and voter suppression, this commission will be a sinister attempt at making both seem like similar problems. They are not.

American state governments are racing to make voting more difficult for tens of millions of people and the federal government is helping them. Voter suppression is as rampant as voter fraud is statistically nonexistent. Republicans efforts to undermine our democracy puts Russia to shame.

Trump asking Kobach to help him restore integrity in voting is like Hitler asking Goebbels to help put out the Reichstag fire. Kobach has whipped up hysteria about nonexistent voter fraud in Kansas and, in making people prove they are citizens in order to be able to vote, has effectively disenfranchised many legal voters.

Ive long thought that as the white majority prepares for when it will become a minority, around 2043, it will aggressively assert its power in any way it can. The policies of Trump, who won a minority percentage of the popular vote, offer a glimpse into the ways white America will try to rule as a racial minority and naked power grabs at the ballot box are a key part of that story.

Voting restrictions helped Trump win states that increased barriers to voting such as North Carolina, Florida, Ohio and Wisconsin which flipped from supporting Democrats to supporting Trump. He knows that to hold on to his power, he needs to bolster those restrictions.

Republicans have bragged about suppressing early voting for African Americans in North Carolina. The Trump administration has dropped the Department of Justices lawsuit that argued Texass voter ID law discriminated against black and Latino voters.

And the Nation reported on Tuesday that in Wisconsin, new voting restrictions kept some 200,000 people from voting. Trump won there by less than 23,000 votes. This restriction had a disproportionate impact on African American and Democratic-leaning voters. But efforts to undermine voting rights dont end there. Jeff Sessions announced that he is undoing Obamas criminal justice reform. This will increase the number of incarcerated black Americans and lead to yet more African Americans losing their right to vote.

Also, because of the constant swirling storm of firings and scandal at the White House, another important story about voting has been lost: after getting a budget unworthy of carrying out the US Census Bureaus important mission, its director, John H Johnson, resigned.

The census is extremely important in fairly creating (or gerrymandering) congressional districts every 10 years, which will happen next in 2020. The census also helps us understand who we are in terms of race, class and sexual orientation. As my colleague Mona Chalabi noted: The numbers from the Census Bureau underpin just about everything we know about the economy, education, health and justice in America.

America has always been an unequal society, and often a dysfunctional one too. But clearly, under the Trump administration, it has gotten increasingly unequal and dysfunctional. And while I think of Trumps consolidation of power this week as a white power grab from black and brown voters, the irony is that the dream of free and fair elections is slowly eroding for white people too.

With the power of the federal government, the help of state election executives like Kobach around the country, a resigned census director, and an attorney general who will no longer sue states who are suppressing votes, Trump is ending elections as weve known them.

This is how you kill a democracy.