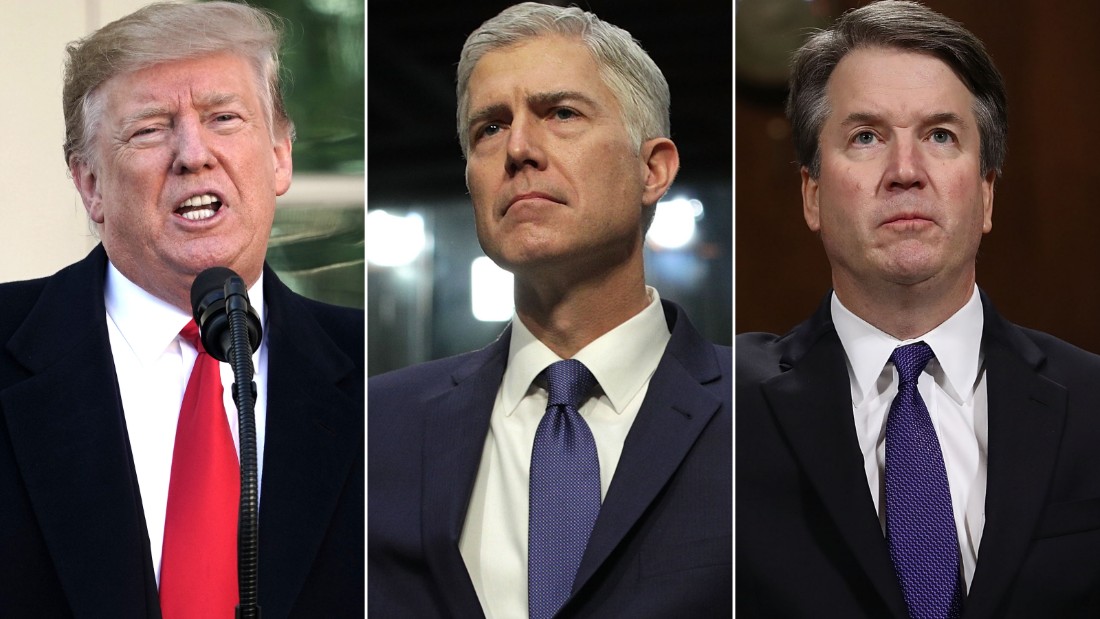 Washington (CNN)In 2016, a closely divided Supreme Court delivered a ringing victory to abortion rights supporters by striking down a Texas abortion access law. Justice Anthony Kennedy, siding with the liberals on the bench, cast the critical 5-3 vote holding that the law constituted an undue burden on a woman’s right to seek an abortion.

And then Donald Trump became President.
With two Trump-nominated conservative justices — Neil Gorsuch and Brett Kavanaugh — on the Supreme Court, a Louisiana law almost identical to the Texas one is before the courts and the outcome could be radically different.
An emergency motion to prevent the Louisiana law from taking effect is in front of the justices. If they simply deny the stay request, they will have once again successfully avoided a controversial issue in a fiery political climate. But that will mean the law will go into effect, seemingly contradicting the court’s action from just two-and-a-half years ago
How the new 5-4 conservative majority acts could encapsulate the impact of Trump’s two-year odyssey to change the face of the judiciary and encourage critics of abortion rights to accelerate their efforts and work to pass other laws restricting abortion.
“If the Supreme Court either turns this case away or takes it and affirms, it’s not hard to imagine lower courts — and conservative lawyers — seeing that as a harbinger of things to come, and as an invitation to push more aggressively against precedents set in cases in which Justice Kennedy had joined with the more progressive justices to produce a majority,” said Steve Vladeck, a professor of law at the University of Texas Law School and a CNN contributor.
The Supreme Court has mostly sidestepped divisive issues since Kavanaugh joined the bench in October. Kavanaugh and Chief Justice John Roberts sided with liberals last month to rebuff efforts by states trying to block funding to Planned Parenthood. The court this month also avoided acting on cases regarding undocumented immigrants and LGBT employment rights.
But a solid conservative majority moved boldly in other areas, for instance setting up a major Second Amendment case for the next term. An abortion-related case would only add to the political fight over the court’s makeup headed into the 2020 presidential election.
Trump this month renominated several dozen judicial nominees who weren’t confirmed last year, rekindling a battle between Democrats and Republicans, who hope to capitalize on their record-breaking judicial success from the last Congress.
RELATED: Conservative Supreme Court majority says it will hear 2nd Amendment case

Supporters of abortion rights are anxious, fearful that the case at hand could represent one of the first signals that a newly solidified conservative majority on the Supreme Court will chip away at abortion rights, or even vote someday to cripple the landmark opinion of Roe v. Wade.
They haven’t forgotten an interview that Trump gave to “60 Minutes” in 2016 when he vowed to appoint “pro-life” judges to the bench.
“This law is designed to shut down abortion clinics and make it harder to open new ones,” said Nancy Northrup, the President of the Center for Reproductive Rights, a group that is representing doctors, patients and abortion clinics opposed to the law.
Louisiana’s Unsafe Abortion Protection Act has been blocked since its enactment in 2014, and like the Texas law, requires a doctor to have admitting privileges at a hospital within 30 miles of the facility where the abortion is performed. Louisiana argues that the law is necessary to provide a higher level of physician competence, but critics say there is no medical justification for the law and it amounts to a veiled attempt to unlawfully restrict abortion.
In 2017, a district court judge struck down the Louisiana law in a 116-page opinion laced with references to the Supreme Court’s decision in the Texas case, known as Whole Woman’s Health. Judge John deGravelles, of the US District Court for the Middle District of Louisiana, an Obama appointee, said the Louisiana law would severely limit the number of providers available to perform abortions, result in the closure of clinics and “place added stress” on remaining facilities. 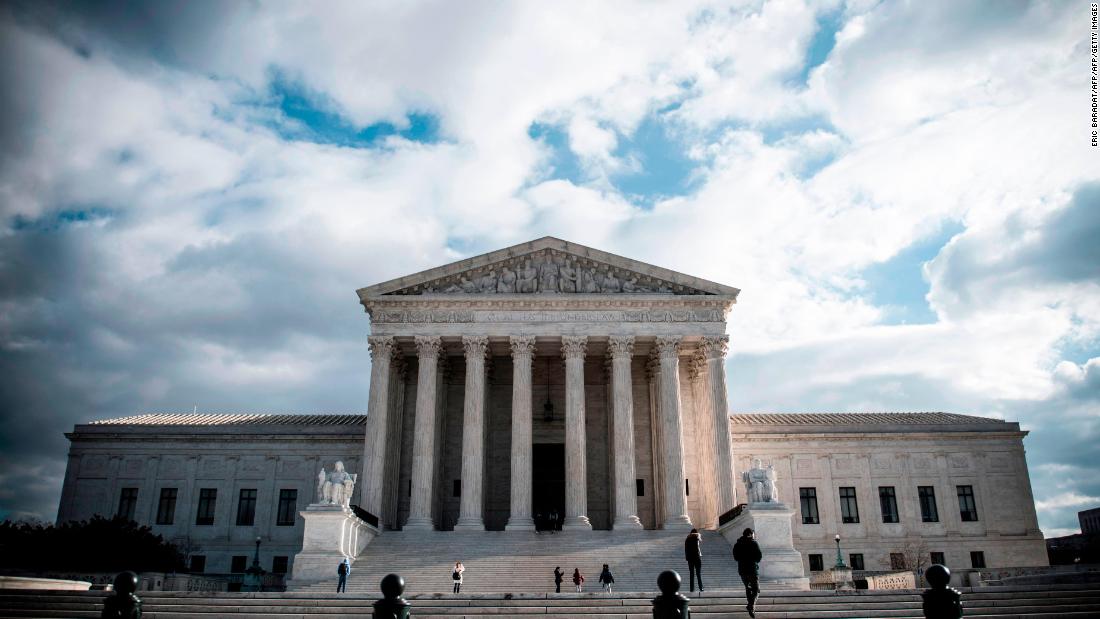 About 10,000 women a year seek abortions in the state and the challengers had shown that if the law were to go into effect, only one physician would be able to provide abortions in the state, he said. “Even working an implausible seven-day week, it would be impossible for him to expand his practice to meet even half the state’s need for abortion services,” deGravelles wrote.
Louisiana appealed the case to the 5th US Circuit Court of Appeals, which had previously upheld the Texas law before the Supreme Court reversed.
In a 2-1 ruling, a three-judge panel of the circuit court acknowledged in its opinion that it was beholden to the Supreme Court’s opinion, but it distinguished the Louisiana law from the Texas law. As a part of its reasoning, the majority rejected deGrevelles’ finding that abortion providers in the state had made a “good faith” effort to get the necessary admitting privileges. Instead, they said that “the vast majority largely sat on their hands, assuming they would not qualify.” The majority held that the law would not “impose a substantial burden on a large fraction of women” and that admitting privileges in Louisiana are easier to obtain because the state is less stringent in its requirements.
After that opinion, one of the sitting judges asked the full circuit to vote on taking up the case. On January 18, they refused in a 9-6 vote, clearing the way for the law to go into effect in early February. The 5th Circuit was already known as a deeply conservative court, and Trump has only fortified the conservative majority with his nominations. Critically, four of the nine judges who cast the vote to allow the opinion to stand are Trump appointees: Don Willett, James C. Ho, Kurt D. Engelhardt and Andy Oldham.
Carrie Severino, chief counsel of the conservative judicial Crisis Network, said the 5th Circuit was right to look at the Louisiana law in a different light from the Texas case.
“The opinion in Whole Woman’s Health was tied to how the law functioned in Texas, so it’s entirely predictable that a similar law in any other state would require a separate analysis,” she said.
Severino, a former clerk for Justice Clarence Thomas, has been part of a push by conservatives to get the Republican-controlled Senate to approve nominees quickly.
“It is not about a particular case,” Severino said, “but we are proud of the quality of President Trump’s nominees and their commitment to a principled judicial philosophy.”
Dissenters said the 5th Circuit panel was ignoring what the Supreme Court had said in 2016.
Judge James L. Dennis, a Bill Clinton appointee, said the majority panel opinion was in “clear conflict” with Whole Woman’s Health, and that the two laws are “almost identical.”
Judge Stephen A. Higginson, an Obama appointee, said that he thought the majority of his court had thumbed its nose at the Supreme Court.
“I am unconvinced that any Justice of the Supreme Court who decided Whole Woman’s Health would endorse” the opinion, Higginson said. “The majority would not,” he continued, “and I respectfully suggest that the dissenters might not either.”
The Center for Reproductive Rights raced to the Supreme Court hoping that the justices would put the ruling on hold while the Center prepared its appeal. 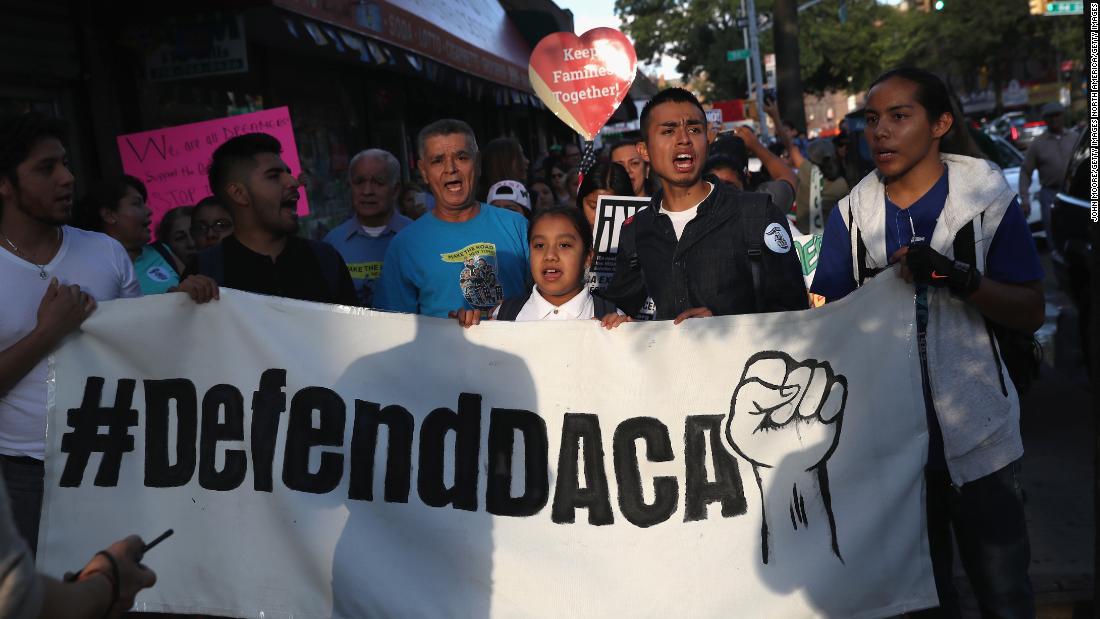 Now all eyes will be on the Court, and Justice Samuel Alito, who has jurisdiction over the 5th Circuit, has asked Louisiana for its views by Thursday.
Justices can say a lot about how they will address future efforts by states to limit abortions in how they handle the Louisiana case, even if they don’t bring up Roe v. Wade and Planned Parenthood v. Casey opinions, said Leah Litman, a professor at University of California, Irvine School of Law.
A “decision leaving the Louisiana regulation on the books is the latest symbol of how Roe and Casey can be gutted without the Supreme Court ever having to explicitly overturn Roe or Casey,” she wrote in a post for the Takecareblog. “All it has to do is leave in place decisions like the 5th Circuit.”