Donald Trumps three-bracket tax system looks appealingly simple, but it would end up making the rich richer and leave the rest of America anything but great 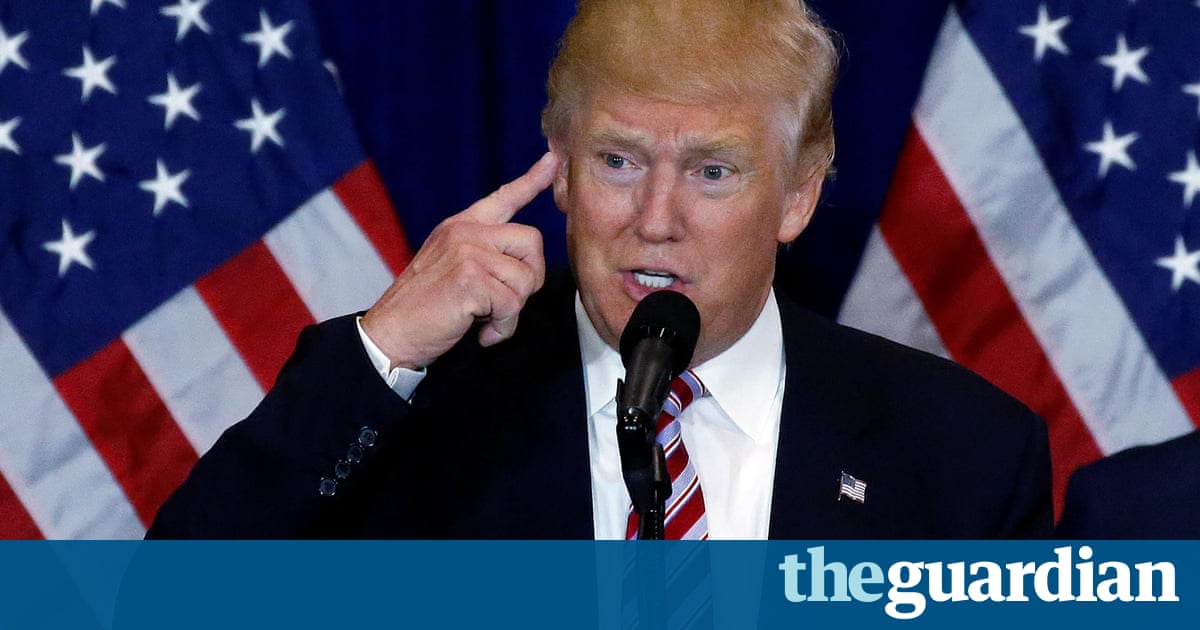 If you were watching or listening to Donald Trumps epic speech accepting the Republican partys nomination for president, you couldnt have missed the cheers that followed his statement that America is one of the most highly taxed nations in the world. The problem? It just isnt true. And if Trump gets his way, itll be even less true for his 1% friends.

Trump may have been directing his words at some of those he needs to woo as donors, reassuring the countrys most affluent citizens that his proposal last year to levy higher taxes on the wealthy and to pursue fat-cat hedge fund managers was just so much hot air that he really didnt mean any of it.

He also was oversimplifying the whole debate about corporate taxation, which is a tangled mess. While tax rates are high, the amounts that are collected are low; deductions and exclusions shrink the rate thats payable; and companies end up holding large pools of cash offshore so that they dont have to pay those high US tax rates. At last count, that cash mountain topped $2tn.

But thats not what Trump said. He simply claimed that we are overtaxed. And while we may feel financially strained, the reason for it isnt that we are paying more in taxes than in other industrialized nations. In fact, the Committee for a Responsible Federal Budget, a nonpartisan thinktank focusing on fiscal policy issues, rates his claims as demonstrably false.

The thinktank examined OECD data that combines personal and business taxes and expresses them as a percentage of a countrys gross domestic product, or the size of its economy. The average tax burden for an OECD member nation is 34%. If you really feel like pitying someone, you can feel sorry for the Danes: theirs exceeds 50%. (Admittedly, they get a lot more than we do in exchange for what they pay, from college tuition and subsidies supporting students to healthcare.)

Our tax burden falls well below that of Melania Trumps home country, Slovenia. In fact, with a total tax burden of 26%, we have a lower total tax burden than no fewer than 30 OECD nations, and a higher one than only three: Mexico, Chile and South Korea.

Sure, Americas wealthiest may feel that they have something to gripe about under the Obama administration. Their absolute tax rates have risen, and so has their relative share of the tax burden. But so, too, has their share of the nations wealth, in spite of those unpleasant new taxes, thanks to monetary polices (such as quantitative easing) that favored anyone who had investment portfolios. Other tax policies that were tilted in their favor, such as the carried interest provision (in which a hedge fund managers investment in, say, shares of Apple, is treated as if it were the equivalent of owning and operating a small business for decades, and given a preferential tax treatment when the manager sells it).

If the ultra-wealthy still feel unhappy, they can always ponder the fact that as recently as 1982, being in the top tax bracket would cost you a cool 50% in taxes each year, and that youd end up there with income of only $85,000 a year, or about $210,000, adjusted for inflation. Worse still, if they had been rich back in 1946, you would have fallen into the top tier of the wealthy with an inflation-adjusted income of $2.4m and paid 91% of it to the government. Back then, there was a real reason to gripe about taxes and vote Republican.

Indeed, if the top personal income tax bracket isnt as low as it was in the late 1980s and early 1990s, the bottom income tax bracket has fallen by a third, from 15% to 10%, meaning that many of those Americans most likely to actually struggle under an oppressive tax burden as opposed to merely feel disgruntled by it almost certainly has declined.

Trumps written tax plan looks appealingly simple. Hed replace the current seven tax brackets with three the bottom one would remain 10%, but the top one would fall from nearly 40% to 25% a win for the wealthy. Taxes on dividends and capital gains would be capped at 20% another big victory for the countrys richest citizens. Repealing the alternative minimum tax and the estate tax (which only kicks in if youre leaving more than $5.4m to your heirs) also would help folks just like Trump and his wealthy friends and donor base. One thinktank calculated that the value of repealing the estate tax alone might be worth as much as $7.1bn to Trumps own family (based on their estimation of his estate by 2030, and assuming that the 40% tax remains in place).

Its just that none of this would do much for the countrys finances, while the benefits would be tilted in favor of the richest Americans. The tax cuts which would be twice as large as those made under Ronald Reagan would add $9.5tn to the national debt between 2016 and 2026, according to the nonpartisan Tax Policy Center; another $15tn would follow in the next decade, plus interest.

How much ordinary Americans those Trump is counting on to vote for him in response to his claim that were all paying too much will benefit is an interesting calculation. The Tax Policy Center calculates that a low-income household will get a tax cut of about $130, or 1% of its after-tax income. A middle-class household will see higher benefits: an average tax cut of $2,700 or 5% of after-tax income. And Trumps own demographic? You guessed it. A third of all the benefits will go to the top 1%; those in the top 0.1% will get $1.3m apiece. After-tax incomes will rise by 20% or so.

Theres a lot to be said in favor of simplifying the tax filing process for ordinary Americans. And there are even more arguments to be made in favor of shaking up the corporate tax code, removing the incentives for companies to stash cash overseas, and pursuing strategies such as reverse takeovers simply to escape being subject to US tax laws.

Some, such as the Tax Policy Center, have gone beyond Trumps strategy of simply screaming lower rates!. Instead, they are suggesting that its time to adopt more creative solutions that recognize the unpalatable truth that corporations are global entities that will do their damnedest to maximize profits which means avoiding taxes whenever possible.

Since the reason those companies try to minimize taxes and maximize profits is to reward shareholders, one strategy suggested by the Tax Policy Center is to shift the tax burden to those shareholders: cut the corporate level tax and then tax the shareholder on both dividend payments and capital gains on their investments, regardless of where those profits are generated. A lot of details would need to be worked out: for instance, would the investor in this case be Fidelity, or you? What if you held a Fidelity mutual fund in your retirement account, whose assets are tax-deferred?

But its that kind of creative thinking that is required, not the kind of misrepresentations and poorly designed policies that, if implemented (and even that isnt certain, given the GOP candidates, ahem, volatility), would end up making the rich richer, and leave the rest of America anything but great.