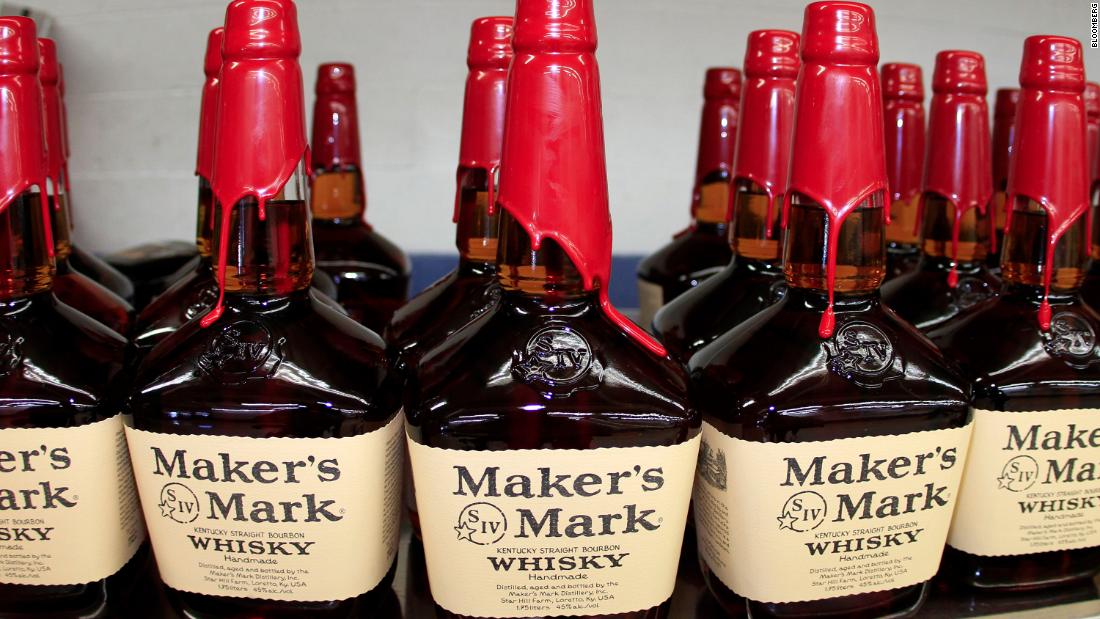 New York (CNN)President Donald Trump is launching a global trade war, and Trump country could take much of the heat.

The Trump administration on Thursday announced that it would impose steep tariffs on steel and aluminum from Canada, Mexico and the European Union. All three have pledged to swiftly fight back with tariffs of their own.
The President wants to impose the 25% tariff on steel and 10% tariff on aluminum in order to protect jobs in those industries. But the taxes will raise prices for downstream companies that use those materials in their products. Retaliatory tariffs from US trading partners, meanwhile, are devised to inflict maximum pain on Trump-supporting areas to encourage the President to back down.
Congressional Republicans have already started raising the specter of job losses in their states.
“These tariffs will raise prices and destroy manufacturing jobs, especially auto jobs, which are one-third of all Tennessee manufacturing jobs,” Sen. Lamar Alexander, a Tennessee Republican, said Thursday. He called the new tariffs a “big mistake.”
Tennessee, which voted for Trump in 2016, has roughly 350,500 manufacturing workers, according to data from the Bureau of Labor Statistics. The state has multiple auto plants, including a Volkswagen factory in Chattanooga, a GM factory in Spring Hill and a Nissan factory in Smyrna.
“There is a lot of concern here about the impact it would have in Tennessee,” said Bradley Jackson, president of the Tennessee Chamber of Commerce and Industry.
Retaliatory tariffs from Canada, Mexico and the EU could also impact red states. That’s by design.
Experts say the list of US goods that will be targeted by Europe is intended to hurt states that voted for him. Tariffs on whiskey will affect jobs in Kentucky, the home state of Senate Majority Leader Mitch McConnell. Tariffs on motorcycles will affect Harley Davidson, which has its headquarters in House Speaker Paul Ryan’s native Wisconsin.
“They’re pretty savvy about this,” said Ross Denton, an international trade specialist and partner at law firm Baker McKenzie. “It’s quite a calculated process.”
The EU hopes that if lawmakers face job losses in their districts, they will try to pressure Trump to change his policies, Denton said.
US agricultural products from red states are also in the line of fire for retaliatory tariffs.
Mexico said it will slap trade penalties on American pork, for example. Pork production is concentrated in North Carolina, Iowa, Minnesota, Illinois, Indiana, Nebraska and Missouri. All of those states except Minnesota and Illinois voted for Trump in 2016.
“The Europeans and Mexico have targeted industries that have politically prominent locations,” said Brad Setser, senior fellow for international economics at the Council on Foreign Relations. “They’ve followed the standard playbook on how to retaliate effectively.”
Our allies know that farmers are a sympathetic demographic in the United States, and a blow to them carries political costs, said Gary Hufbauer, a trade expert at the Peterson Institute for International Economics.
In the meantime, the threat of a trade war with China looms large.
Earlier this week, the White House said it is moving forward with tariffs on $50 billion worth of Chinese goods as punishment for intellectual property theft. China has previously said it would respond to this action with tariffs on $50 billion worth of US exports, including soybeans.
Soybeans are big business in Midwestern states like Iowa, where Trump has strong support.
The Chamber of Commerce, which opposes the tariffs, has warned that the Trump administration’s trade policies will be felt in largely Republican areas.
“The current approach will deliver the greatest economic pain to precisely those areas of the country that the administration and the Congressional majority are counting on for continued political support,” Chamber of Commerce President Tom Donohue said in an internal memo obtained by CNNMoney.