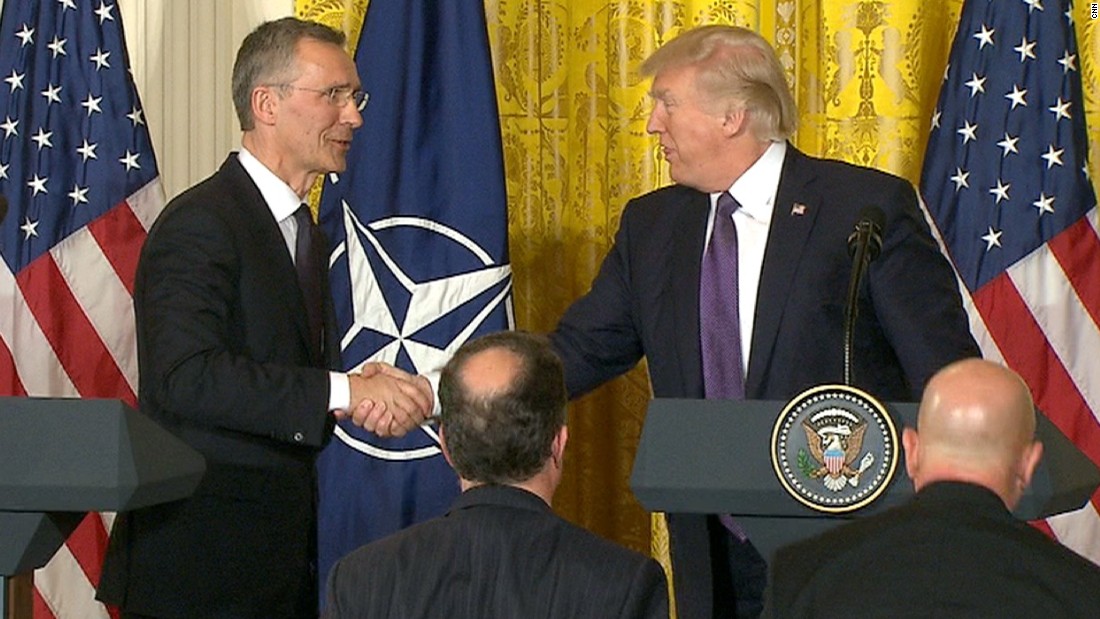 Washington (CNN)Within a few hours of extraordinary political shape-shifting, President Donald Trump abandoned stances that were at the bedrock of his establishment-bashing campaign.

NATO, he said, is “no longer obsolete.”
He backed down a threat to brand China a currency manipulator.
How Trump came to love NATO
In another reversal, Trump praised Federal Reserve Chair Janet Yellen, whom he had previously pledged to replace when her term expires, and once accused of holding interest rates low as a political boost for former President Barack Obama.
It was not clear whether Trump’s sudden policy flips were the product of a new outlook and worldview. But previous presidents have often remarked that the world looks a lot different from the Oval Office than from a campaign rally. 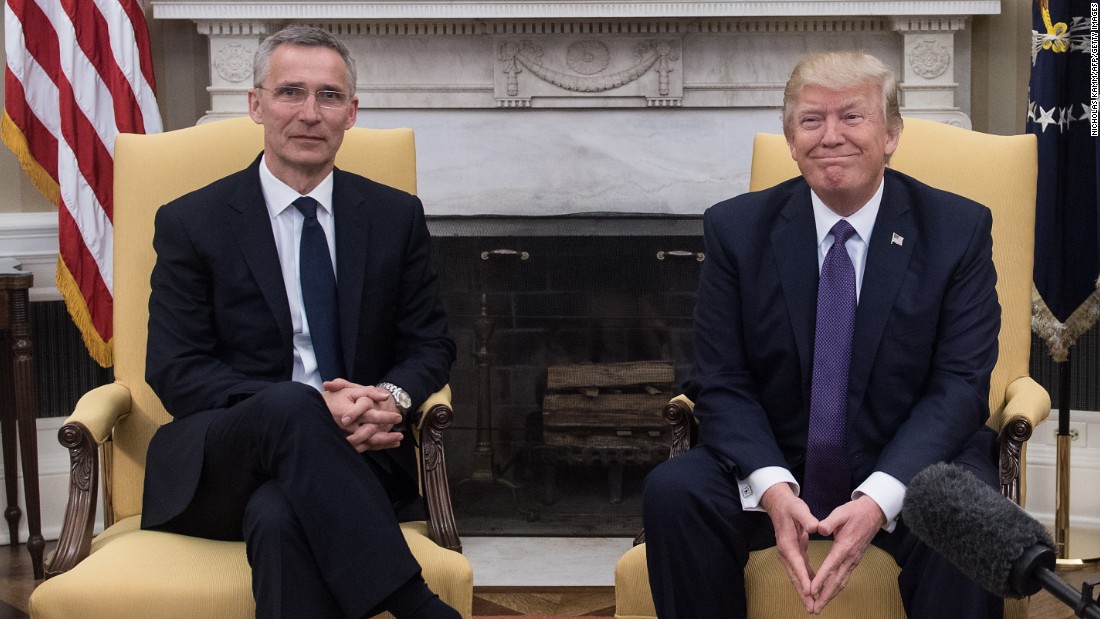 But Trump’s political gymnastics didn’t stop there.
Days after his administration had seemed to accept an ultra-realist approach that would allow Syrian President Bashar al-Assad to remain in control of his shattered nation, Trump decried him as a “butcher” over chemical weapons attacks on civilians — fueling speculation he now advocates regime change.
That position, sure to antagonize Russia, came as the President adopted the most skeptical view he has yet displayed on the possibility of improving relations with the Kremlin, a position he once advanced as a candidate and that flew in the face of geopolitical realities and universal elite opinion in Washington.
“Right now we are not getting along with Russia at all. We may be at an all-time low in terms of relationship with Russia,” Trump said at a White House news conference, in stark tones at odds with his former vows to ease the new chill in ties with the US nuclear foe.
By contrast, Trump was full of praise for Xi Jinping — whom he met in Florida last week — saying that he believed the Chinese President was sincere in helping defuse the US showdown with nuclear North Korea.
Trump made castigating China a staple of his presidential campaign, saying the communist giant was guilty of “rape” against the US economy and promising it would be branded a currency manipulator on his first day in the Oval Office. 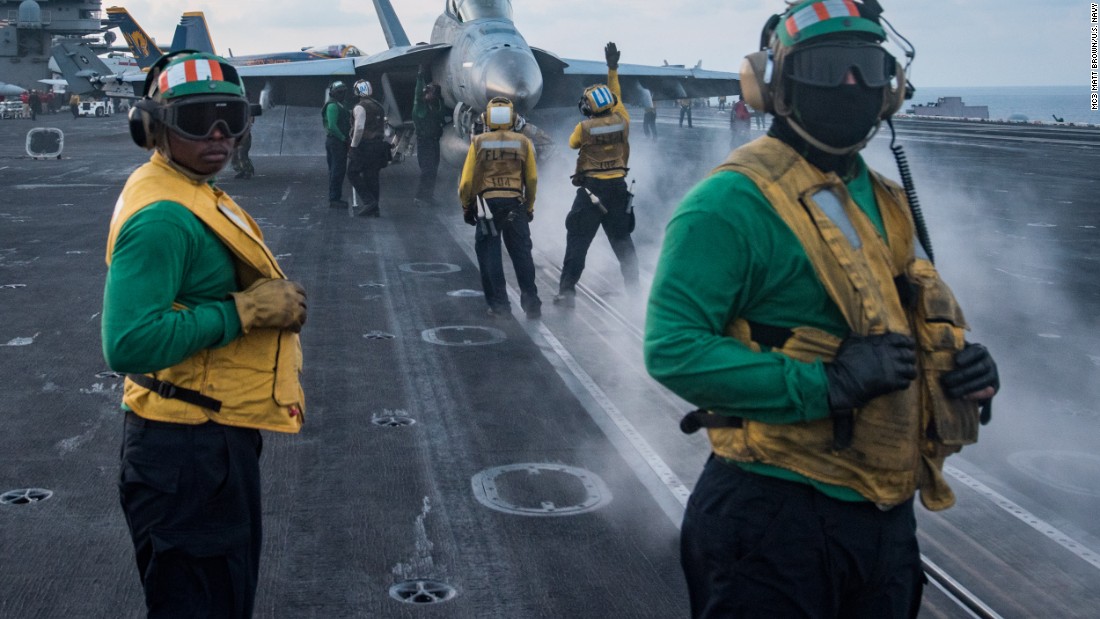 It was almost as if Trump’s outsider presidential campaign never happened as he rushed to embrace mainstream political and national security positions he once publicly abhorred.
“Circumstances change,” White House press secretary Sean Spicer told CNN’s Jim Acosta Wednesday when asked about the apparent reversals.
On China, Spicer cautioned the administration’s report is not complete on whether to label China a currency manipulator. But he said the Chinese have made some improvements on currency in recent months. The administration has to make its assessment on where China stands now, not where it was during the campaign, Spicer said.
On NATO, Spicer pointed to the Secretary General’s interview with CNN’s Wolf Blitzer on “The Situation Room” where he indicated that NATO countries have been performing better in terms of their financial commitments. That changed Trump’s view of the group, Spicer said.
It may not be a coincidence that Trump’s adoption of conventional political positions came the day after a stunning interview with the New York Post in which he publicly criticized his political guru Stephen Bannon, his insurgent, populist political conscience.
Trump diminishes, but does not dismiss, Bannon
Bannon was dumped from the National Security Council last week in a move that was seen as a triumph for officials who represent a more traditional, globalist foreign policy worldview. 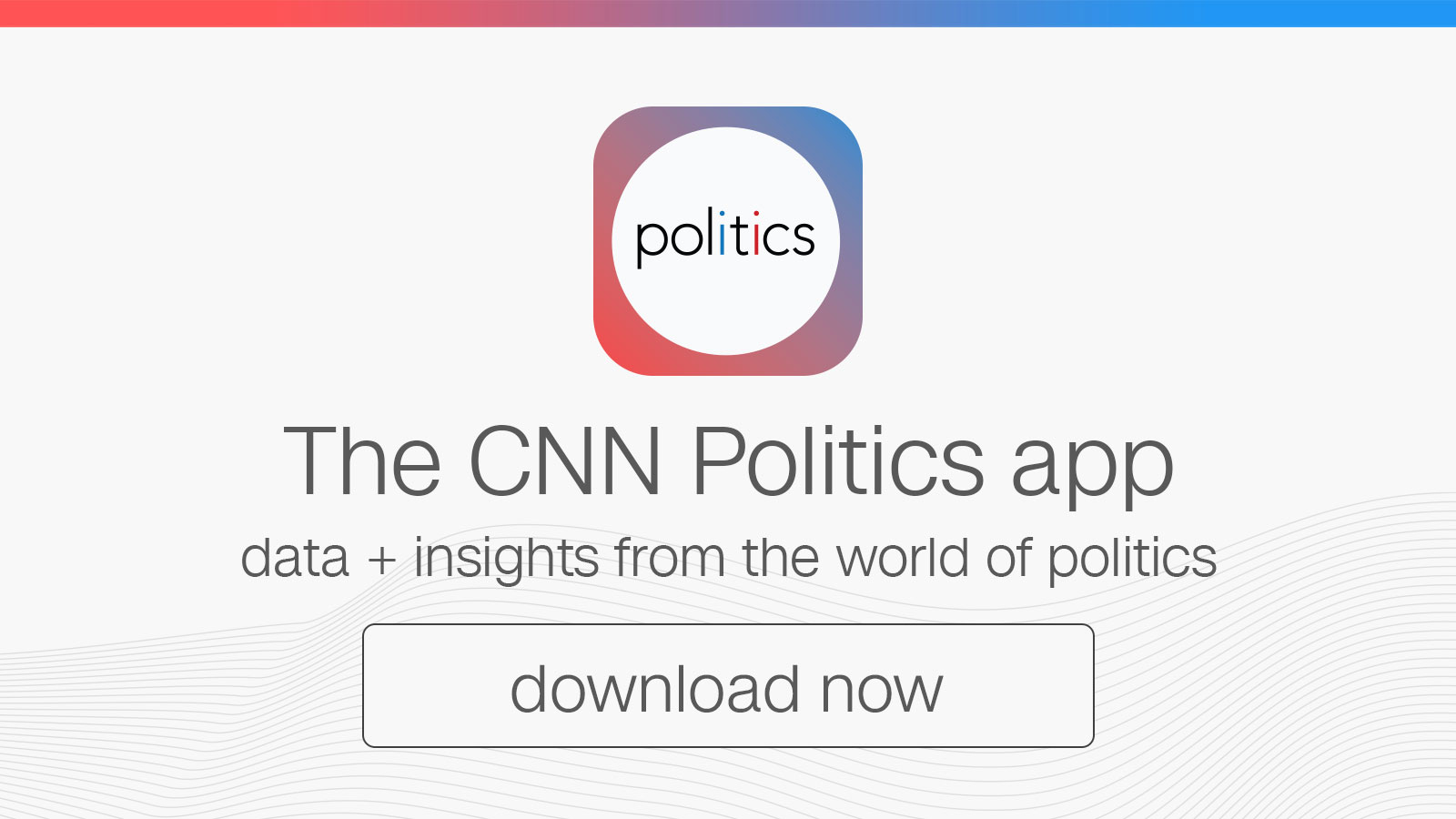 His demotion was seen as another sign that the more moderate, establishment-oriented influences in his administration epitomized by his son-in-law Jared Kushner, Trump’s daughter, Ivanka, and chief economic adviser Gary Cohn were rising to the detriment of Bannon and his anti-establishment cohort Stephen Miller.
Of course, one day of policy adjustments does not necessarily mean that Trump’s unique political persona and methodology are suddenly going to change. After all, the President has spent most of his first 100 days in office torching conventional political practice, trading in untruths and exaggerations, and pouring oil on political controversies on Twitter — including accusations that his campaign had links to the Kremlin at a time when Moscow was being accused of interfering in the US election.
There is no sign, for instance, that Trump is pulling back from other controversial positions — including doubling down on border enforcement and expulsions of undocumented immigrants.
Still, the new tone on Russia, NATO, Yellen and Bannon amounted to too much of a sample of modified political behavior to represent a mere coincidence. 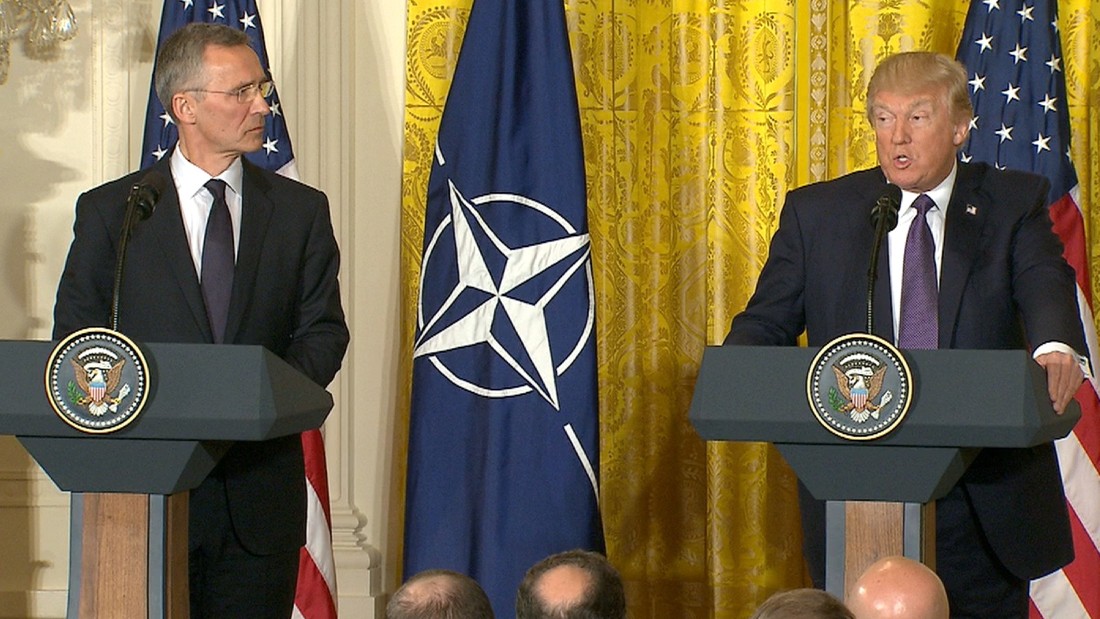 Perhaps the most striking 180-degree reversal by Trump on Wednesday came on NATO. While he was a candidate, Trump sent shockwaves through Europe by declaring that the most successful military alliance in history was “obsolete.”
Side-by-side with NATO Secretary General Jens Stoltenberg on Wednesday at an East Room news conference, Trump took the opposite tack.
“The Secretary General and I had a productive discussion about what more NATO can do in the fight against terrorism,” Trump said. “I complained about that a long time ago and they made a change, and now they do fight terrorism. I said it was obsolete; it’s no longer obsolete.”
Trump’s claims that NATO has suddenly adopted an anti-terrorism mandate because of his efforts is highly debatable. The Western alliance spent years fighting in Afghanistan in a war that was first launched to rout out al-Qaeda and its Taliban protectors after the September 11 attacks in 2001.
But Trump’s comments allowed the President a graceful way of walking back a position that had once threatened to undermine the very rationale of transatlantic defense relations.
Stoltenberg offered a subtle reminder that NATO nations are hardly novices when it comes to fighting terrorism. He noted that the only time NATO invoked its common defense clause, Article Five, was after 9/11. And he spoke about the sacrifices of more than 1,000 European and Canadian soldiers killed in the Afghanistan war.
Still, Trump’s comments on Wednesday, paving the way for his visit to NATO headquarters in Brussels in May, will likely send a sigh of relief through Europe. 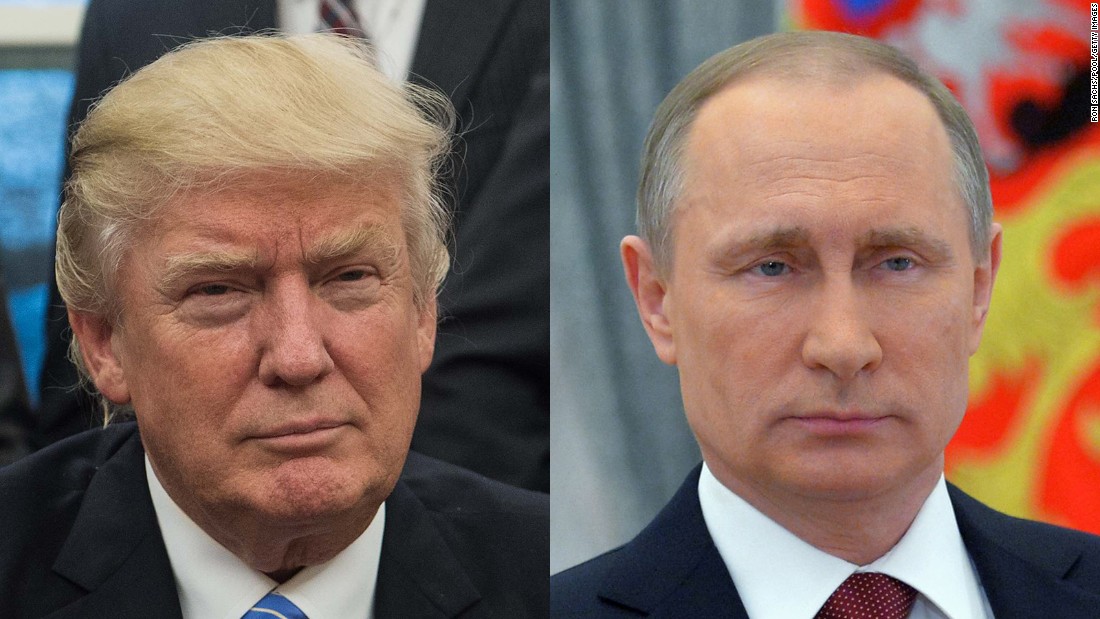 Are the US and Russia entering a new Cold War?

The President’s modified rhetoric on Russia is also likely to reassure the American allies that had been deeply disturbed by his apparent desire to pursue a rapprochement with Moscow — perhaps at the expense of Western allies.
“I’ll also see about Putin over a period of time. It would be a fantastic thing if we got along with Putin, and if we got along with Russia. And that could happen, and it may not happen, it may be just the opposite,” Trump said.
Trump’s comments came with Secretary of State Rex Tillerson in Moscow for frosty talks with Putin — and could reflect a new perspective on the Russian leader from Trump as he contemplates the Kremlin’s support for Assad and the horrific aftermath on chemical weapons attacks on civilians that prompted the President to launch cruise missile attacks last week.
“Everybody in this room saw it all too many times over the last three or four days — young children dying, babies dying, fathers holding children in their arms that were dead,” Trump said. “Dead children — there can’t be a worse sight, and it shouldn’t be allowed. That’s a butcher. That’s a butcher.” 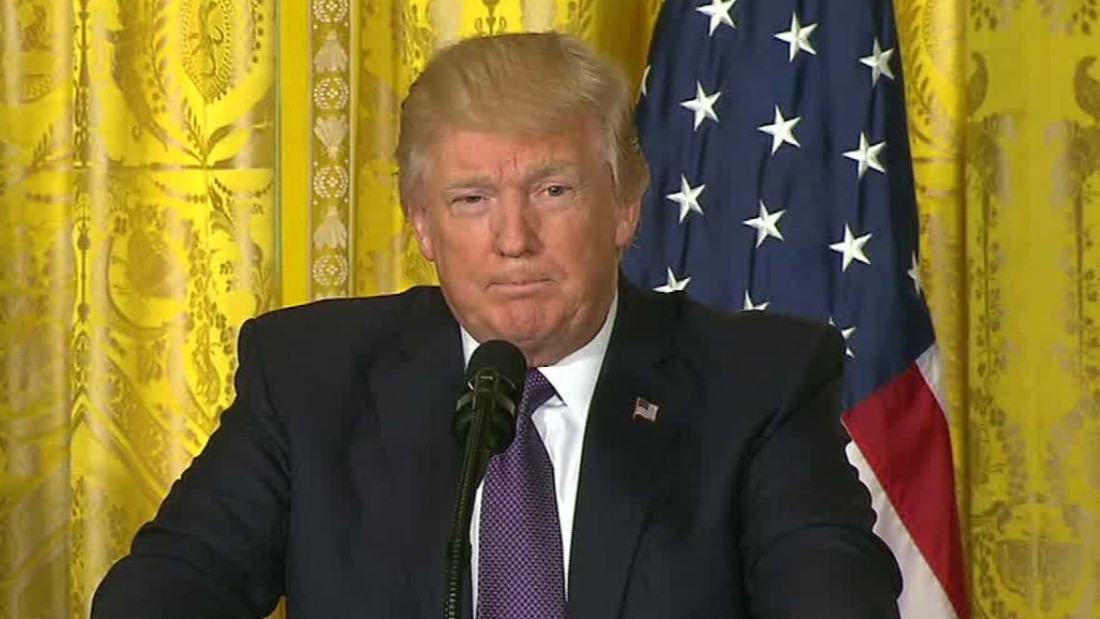 Trump: Syria attacks the work of a butcher

If Trump was downbeat on Putin, he was surprisingly gushing about Xi, following their summit at his Mar-a-Lago resort last week.
“I don’t know Putin, but I do know this gentleman — I’ve spent a lot of time with him over the last two days, and he is the President of China,” Trump said during the news conference.
“President Xi wants to do the right thing. We had a very good bonding. I think we had a very good chemistry together. I think he wants to help us with North Korea. We talked trade. We talked a lot of things,” he added. “And I said, the way you’re going to make a good trade deal is to help us with North Korea; otherwise we’re just going to go it alone.”
While there is no guarantee that China sees its interests as aligned with those of the United States over the North Korea question, or elsewhere in Asia, Trump’s position did represent a complete overhaul of rhetorical tone towards Beijing.
Soon after his election, he warned Chinese leaders in a tweet that he might use the issue of US relations with Taiwan and adherence to the “One China” policy on the table as a bargaining chip. Had he pursued that plan, he could have put policies that underpinned 40 years of Sino-US relations at risk.
In an interview with the Wall Street Journal on Wednesday, the President also gave notice that he would not penalize Beijing as a currency manipulator, as he had promised to do during the campaign.
“They’re not currency manipulators,” Trump said.
The President repeatedly took the opposite stance during his campaign — even though experts say China has not been artificially suppressing the value of the yuan for years, and has actually been doing the exact opposite.
The President also gave a hint of flexibility on his demands for China to reverse the trade imbalance with the United States — another bedrock of his campaign.
He suggested that if China helped to defuse the threat to the US from its ally North Korea, he might settle for a less advantageous trade deal. 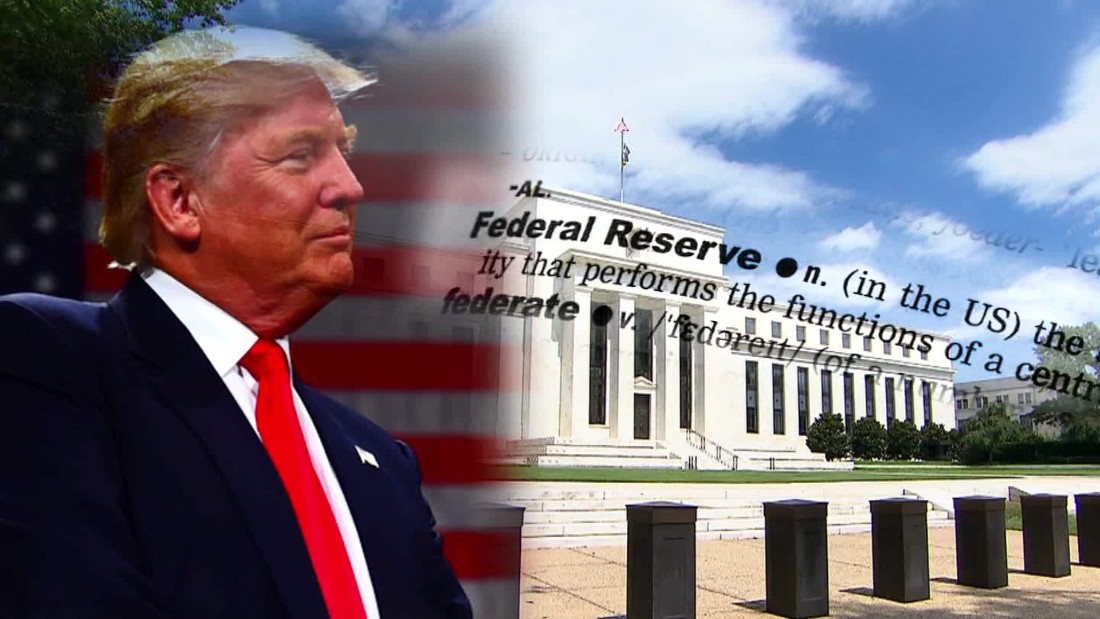 Trump and the Fed: Rewriting the script

Trump also offered an olive branch to Yellen in the Wall Street Journal interview.
“I like her, I respect her,” Trump said, and referring to his prediction that he would not renominate her when her term ends in 2018, he said “It’s very early.”
In yet another ditching of a campaign position, Trump expressed support for the US Export-Import Bank, a bte noire of some of the anti-Washington voters that helped him reach the White House, which has been left in limbo with two open seats on its board.
“Actually, it’s a very good thing. And it actually makes money, it could make a lot of money,” Trump told the Journal.