President likely to announce a reset in US-Cuba relations, and young Cuban Americans say such a move would squander years of progress 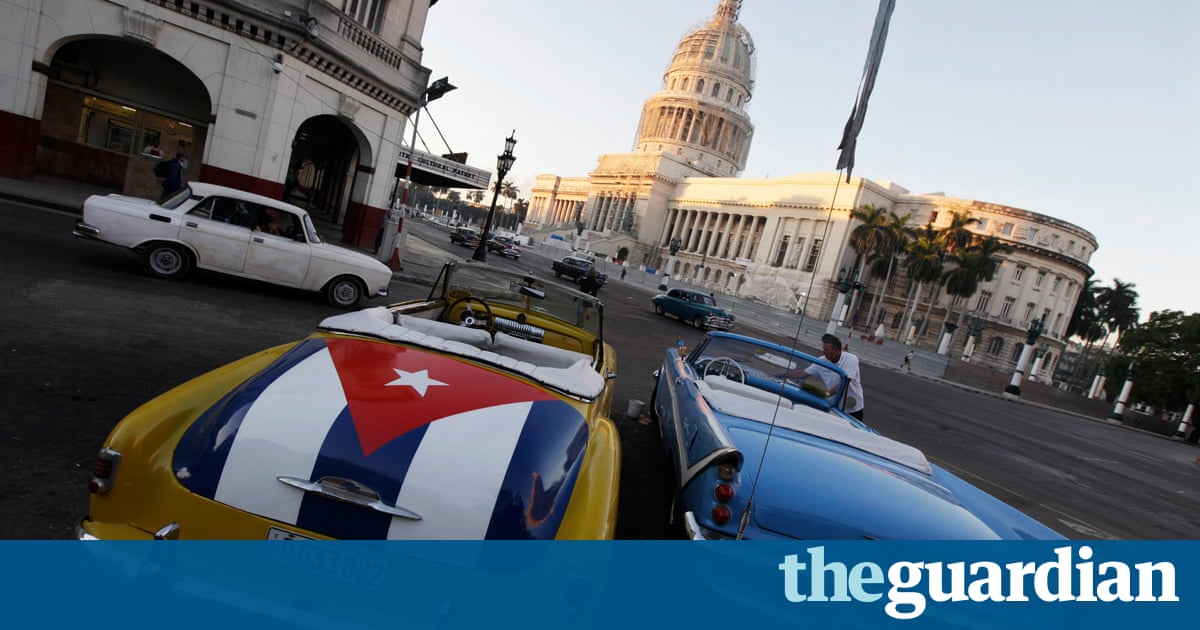 It has been 60 years since Alexa Ferrers grandparents fell in love on Havanas famous seafront esplanade, the Malecn but only three weeks since the third-generation Cuban American was finally able to visit her familys homeland and retrace their first romantic footsteps.

Taking advantage of Barack Obamas relaxation of a half-century of travel restrictions, Ferrer, a student from Miami, spent 10 days in Cuba fulfilling her childhood dream, in an emotionally charged journey across the country that until recently would have been unthinkable.

On Friday, however, if Donald Trump fulfils expectations by announcing a reversal of at least some of his predecessors conciliatory policies, the shutters could be closing once more.

To Ferrer, in her fourth year of Latin American studies at the University of Florida, such a move would squander years of progress towards a normalisation of relations between the countries and rob many Cubans on the island their chance to rise above poverty.

I realise this trip might no longer be possible for those like me, but its not about our selfish interest to travel, its more about the opportunity weve opened, said Ferrer, 21, who visited in May on a trip organised by Discover Cuba, the travel wing of Roots of Hope, a Miami-based advocacy group linking young Cuban Americans with Cubans on the island.

Id be heartbroken if Im not allowed to travel but Id be way more heartbroken that someone whos been operating a casa particular or paladar would be shut out of business, she said, referring to the private bed and breakfasts and home restaurants that have flourished in recent years.

These people are the rich ones now on the island. Our tourism has created a middle class that has not existed the way it is now, with the people that own casas particulares, paladars, or operate a taxi realising this is the avenue to make money.

Ive just met all these incredible Cubans that are seeing success in their lives for the first time. Imagine how nervous they are. They dont deserve it.

The White House has not yet released details of Trumps recalibration of US policy towards Cuba, but the president is widely expected to fulfil a pledge made on a campaign visit to Miami in September to follow a harder line to put pressure on Havana over human rights. Floridas Cuban American politicians, including Senator Marco Rubio and the US congressman Mario Daz-Balart, have worked with the administration to help shape the new direction.

As well as rolling back Obamas relaxation of travel restrictions, which allowed American cruise ships and airlines to resume scheduled services to Cuba last year for the first time in more than 50 years, Trump is reported to also be considering moves to limit business opportunities for US companies.

John Kavulich, president of the independent US-Cuba Trade and Economic Council, warned that almost all US business in Cuba would be shut down if Trump imposed a ban on dealings with Gaesa, the economic wing of the countrys military government, which controls 60% of the islands economy, including state-owned hotels, restaurants, banks and gas stations.

Such a move would place existing or planned deals with several major American hotel chains in immediate jeopardy.

Trump is expected to make his announcement at Little Havanas Manuel Artime Theatre, a symbolically important venue named for the political leader of the failed 1961 Bay of Pigs invasion in which Cuban exiles attempted to overthrow the Cuban dictator Fidel Castro.

The embassies in Havana and Washington DC that reopened in 2015 are expected to be unaffected by Trumps policy shift, but his tightening of the relationship and reinforcing of the 50-year US-Cuba trade embargo will please many among Miamis hardline Cuban exile community who helped him win Florida and consequently the White House in Novembers presidential election.

Various business and advocacy groups, however, including Human Rights Watch, remain opposed to any reining back. The previous administration was right to reject a policy that hurt ordinary Cubans and did nothing to advance human rights, said Daniel Wilkinson, HRWs managing director for the Americas.

The fact that Obamas approach hasnt led to political reform in Cuba after just a few years isnt reason to return to a policy that proved a costly failure over many decades.

Ferrer, meanwhile, said she understood the position of the hardliners. My grandfather trained for Bay of Pigs, his cousin served seven years as a political prisoner, and I come from a family where some members feel like they cant go back, she said.

But you also have people like me, the third generations who are going back, and the people on the island, so excited and loving, the most generous people I ever met.

People see what its like to have a middle class, to work for your money and become an entrepreneur. As soon as we build that wall back up, its going to weaken the private sector and open up the space for the state to take control again.