The Affordable Care Act AKA Obamacare is more popular than Trump and the Republican party realize. Theyve opened themselves to an ambush 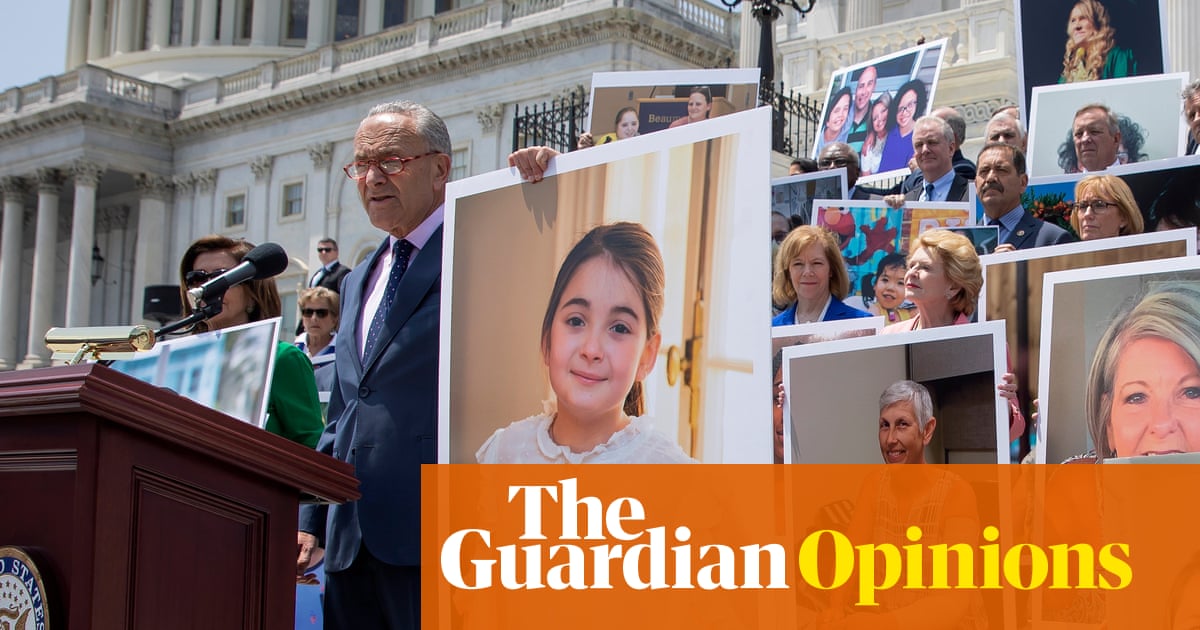 Unemployment and inflation are low. America growls, but its sword is sheathed. Donald Trump should be preaching peace and prosperity. Instead, the president appears determined to make his re-election bid about healthcare and relitigate the 2018 midterms. If past is prelude, that tale doesn’t come with a happy ending for Trump or his party.

At the moment, Trump may prevail in this latest skirmish over the Affordable Care Act (ACA), at least in the courts. But as far as winning the war for public opinion, that’s a whole other story.

Last November, Trump’s hostility toward the ACA ultimately elevated Nancy Pelosi to the House speakership. That same impulse may now cost him his view from the Oval Office. Come election day 2020, his latest dream may degenerate into a nightmare.

On Tuesday, Trump attacked the supreme court for previously leaving the ACA in place. As he framed things, “Recent ‘strained’ decisions by the United States supreme court … allowing the world’s most expensive & pathetic healthcare (Obamacare) to stay in place, when it would have been replaced by something far better, shows how incredibly important our upcoming 2020 election is.”

Trump wrote this despite his prior misadventures in healthcare. Back in his first year in office, Trump was ready to sign anything just so he could declare a victory. Indeed, after holding a Rose Garden rally for passing one iteration of Trumpcare, Trump turned around and lambasted the House GOP’s bill as cruel.

Also on Tuesday, 18 Republican attorneys general waged wholesale war on the ACA, claiming that the current iteration of the law is now unconstitutional as the result of changes made in 2017 to the tax law. According to reports, two Republicans on a three-judge appellate panel were open to striking down at least a portion of the most memorable piece of Barack Obama’s legacy.

The latest polls tell us that half the country views “Obamacare” as “mostly a good thing”, while fewer than 40% disagree with that proposition. Since the ACA’s enactment in 2010, the hostility surrounding the law has markedly abated.

On the other hand, if the ACA and its protections were struck down, the consequences could be grave. The Urban Institute reports that “the number of uninsured people in the US would increase by 19.9 million, or 65%”. In fact, the effects in swing-state America could be even more devastating, both on the personal and political planes.

All things being equal, the ranks of uninsured would more than double in Michigan and Pennsylvania. Florida would probably see a jump in uninsured by two-thirds. As for Wisconsin and Texas, the figure would swell by one-third. In other words, ACA repeal would be a dagger in the chest of the most purple of states. Were Trump to lose any three of those states, he would be forced into unplanned and early retirement.

Collins proudly stands by her vote for Brett Kavanaugh, but healthcare is something else. Together with the late John McCain, Collins successfully opposed ACA repeal in the Senate back in the summer of 2017. Now she’s voicing opposition to Trump’s legal strategy.

“DOJ Should Defend ACA, Protections for Pre-Existing Conditions,” declared a recent news release from Collins’ office. “133 million Americans – including 590,000 Mainers – are living with pre-existing conditions such as asthma, arthritis, cancer, diabetes, and heart disease.” The Democratic congressional leadership couldn’t make the argument for preserving the ACA any more strongly.

Trump’s determined efforts to undo the ACA may also provide the Democratic presidential field with badly needed cover against charges of socialism and cultural detachment. Right now, three of the four leading Democratic contenders – Kamala Harris, Bernie Sanders and Elizabeth Warren – raised their hands when it came to scrapping private health insurance. Sometimes the “perfect” really is the enemy of the good.

Only Joe Biden, Obama’s vice-president, is reluctant to go over a cliff, and wisely so. While Medicare for All may thrill the party faithful, parting with private insurance is a whole other story. Nearly 70% of the US rates their healthcare coverage as either good or excellent. In other words, most of the US is not looking to recreate the world anew.

What the electorate is hungry for is reassurance, not disruption. With Trump again waving his fist at the ACA, the Democrats would be wise to use this moment to their advantage. There is no reason why the 2018 playbook can’t work again.