Republicans witness offered opposing view, saying that the impeachment process was being rushed 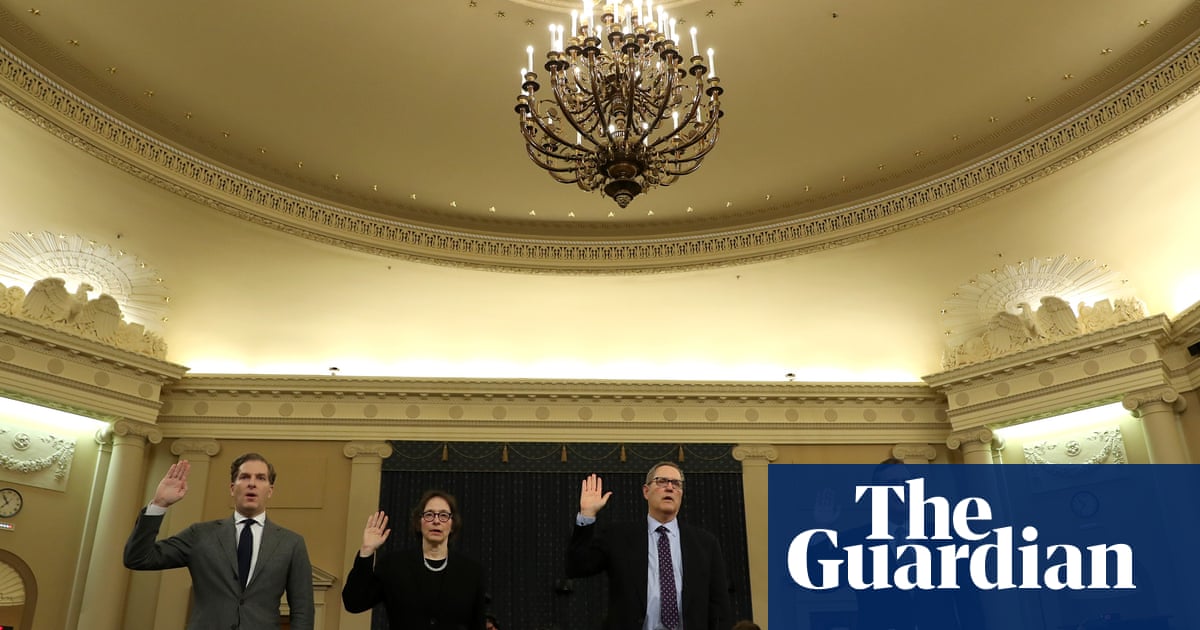 Impeachment experts testified before the House judiciary committee on Wednesday that Donald Trump’s misconduct offered a textbook case of impeachable offenses as prescribed by the constitution and applied over the course of US history.

“If what we’re talking about is not impeachable, then nothing is impeachable,” said witness Michael Gerhardt, a University of North Carolina law professor.

Four constitutional scholars, including three called by Democrats and one called by Republicans, became the first witnesses to testify in a second round of public impeachment hearings beginning on Wednesday and expected to last until late next week.

The hearings are the last stop before the proceedings could move to the House floor for a vote to impeach, or not to impeach, Trump, which could take place before a holiday break beginning on 20 December.

The committee chairman, Jerry Nadler, said that Trump was the first president to engage in conduct that met all three criteria for impeachment contemplated by the framers of the constitution: abuse of power, betrayal of national security, and interference in the conduct of elections.

“Never before has a president engaged in a course of conduct that included all the acts that most concerned the framers,” Nadler said.

Nadler was echoed by witnesses including Gerhardt.

“If Congress fails to impeach here, then the impeachment process has lost all meaning, and, along with that, our constitution’s carefully crafted safeguards against the establishment of a king on American soil,” Gerhardt said.

The witness called by Republicans, George Washington University law professor Jonathan Turley,offered an opposing view, saying that the impeachment process was being rushed.

“We are all mad and where has it taken us?” Turley said. “Will a slipshod impeachment make us less mad or will it only give an invitation for the madness to follow in every future administration?”

As the new high-stakes phase of the impeachment inquiry began,Republicans resorted to procedural objections and high-temperature harangues in an effort to protect Trump.

The Republican side lodged a series of rapid-fire interruptions and parliamentary inquiries as the hearing began, interrupting the first witnesses and leading Nadler to resort repeatedly to his gavel.

The Georgia congressman Doug Collins, the top Republican on the committee, accused Democrats of moving to impeach Trump “because you just don’t like the guy”.

“The American people is [sic] really gonna look at this and say, ‘Huh? What are we doing?’” Collins said.

In his opening remarks, the ranking member laced into the Democrats for pursuing what he called a “simple railroad job” – and then mocked the legal scholars sitting before him.

“We’ve got law professors here,” he said sarcastically. “What a start to a party.”

Democrats accuse Trump of misusing the powers of his office for personal gain by pressuring Ukraine to manufacture negative headlines about Joe Biden, Trump’s political rival. Trump also stands accused of obstructing a congressional investigation by ordering subordinates not to cooperate with the impeachment inquiry. The charges are laid out in a 300-page report referred to the judiciary committee late on Tuesday by Adam Schiff’s intelligence committee, which has led the process to this point.

The judiciary committee has historically been the place where articles of impeachment originate. Wednesday’s hearing is the only one scheduled before the committee so far, with more expected. Democrats expect the committee to wrap its work within two weeks, though there is no set calendar.

Republicans led by Collins tried to upend the hearings on Wednesday by objecting on procedural grounds and foregrounding Trump’s fiercest defenders, including Representatives Jim Jordan of Ohio and John Ratcliffe of Texas.

Also sitting on the judiciary committee is Matt Gaetz of Florida, who made a splash last month when he led a group of Republican lawmakers into the secure basement facility where the impeachment inquiry was proceeding.

On Wednesday, Gaetz tore into a witness, the Stanford law professor Pamela Karlan, for a joke she made about the president’s youngest son’s name: “The constitution says there can be no titles of nobility,” Karlan said, “so while the president can name his son Barron, he cannot make him a baron.”

The joke also drew censure from first lady Melania Trump, who tweeted, “A minor child deserves privacy and should be kept out of politics.”

Late in the hearing, after the first lady’s tweet had been read into the record, Karlan apologized, saying: “It was wrong of me to do that.”

Testimony on Wednesday proceeded under rules familiar from the previous public hearings, with 45-minute chunks of questioning time at the top for the committee leaders and staff, followed by five-minute blocks for each member.

In an interview with the Guardian last month, Gerhardt said that in spite of Republican complaints that Trump had not been given sufficient opportunity to defend himself in the impeachment proceedings, the House process had been “extremely fair”.

“I think that because the constitution says the House has the sole power to impeach, there’s no role for the president to dictate how he should be involved, who should bring a lawyer and things like that – it’s left to the discretion of the House, and the House I believe in this situation has been extremely fair,” Gerhardt said.

The White House counsel, Pat Cipollone, informed Nadler earlier this week Trump and his lawyers would not participate in Wednesday’s hearing.