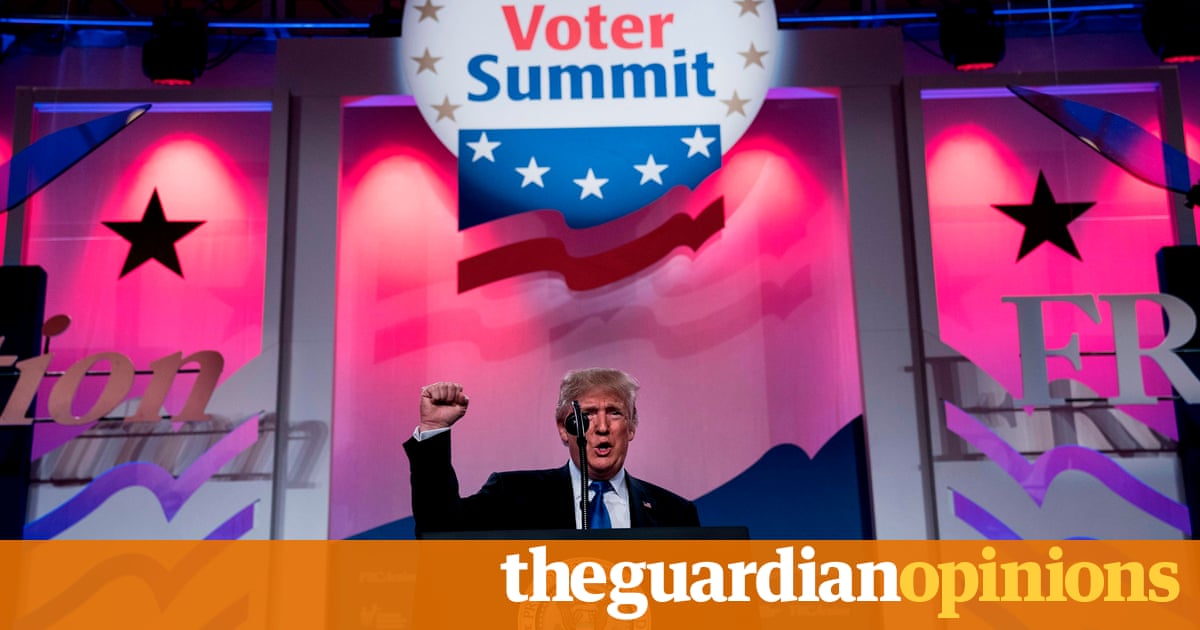 Donald Trump should be the last person to speak on moral values. Yet, on Friday, he received standing ovations for his speech at the Values Voter Summit in which he claimed that his administration is “stopping, cold, attacks on Judeo-Christian values.” This accentuates the moral hypocrisy of the religious right which has wedded itself to arguably the most immoral president in the history of the United States.

The writing was on the wall. In 2016, white evangelicals went from being the least likely to the most likely group to agree that a candidate’s personal immorality has no bearing on his or her performance in public office. So much for the Moral Majority. Perhaps this explains why religious conservatives have stood by Trump even as a greater number of business leaders and Republicans have abandoned him.

The “pro-life” position is grotesque when it narrowly defines life as a fetus while remaining pro-guns, pro-death penalty and pro-war. In reality, pro-life often really means anti-abortion. Yet, it still fails here on its own grounds. Studies have continuously found that making abortion illegal does not reduce the number of abortions that take place within a country.

Now, the pro-life movement has found a strong ally in Trump who has shown little regard for human life. He’s lashed out at protestors denouncing police brutality against black lives.

His attempts to eliminate Obamacare have threatened the healthcare of millions. In the aftermath of Hurricane Maria, Trump has been heartless towards Puerto Rican lives and has recently threatened to pull resources from the island in the midst of a humanitarian crisis.

There are now Republicans who are afraid that Trump’s nuclear threat endangers the life of the entire planet. Meanwhile, the audience at the Values Voters Summit were excited to hear Trump defend the phrase “Merry Christmas.” Defending the Christmas greeting was a highlight of Trump’s speech even though this holiday celebrates the birth of a brown refugee.

In some views, conservative Christians’ alliance with Trump represents an abandonment of moral conscience. But this is to presuppose that the religious right once had moral coherency. The truth is that this movement has always used the issues of abortion and religious freedom as cover for discrimination.

As historian Randall Balmer has argued, conservative evangelicals were initially reluctant to take up the issue of abortion in the 1970s. Instead, it was resistance to racial integration that helped to unite conservative evangelicals around a political agenda. Before Roe v Wade, there was the case of Green v Kennedy. This 1970 ruling ended tax-exempt status for private Christian schools known as “segregation academies.”

Jerry Falwell, who founded Liberty University, began to speak out about abortion after being influenced by conservative intellectual Francis Schaeffer and being recruited by Republican operatives.

Years before, Falwell had decried mixing religion with politics and had rebuked the activism of Martin Luther King Jr. His leadership is an example of how evangelical leaders were drawn into a larger political scheme that was fueled by racism and hypocritical moral standards.

In this light, the religious right’s alliance with Trump is not an aberration but a reiteration of how this movement began. Its center was always morally vacuous. Trump has simply brought it full circle.