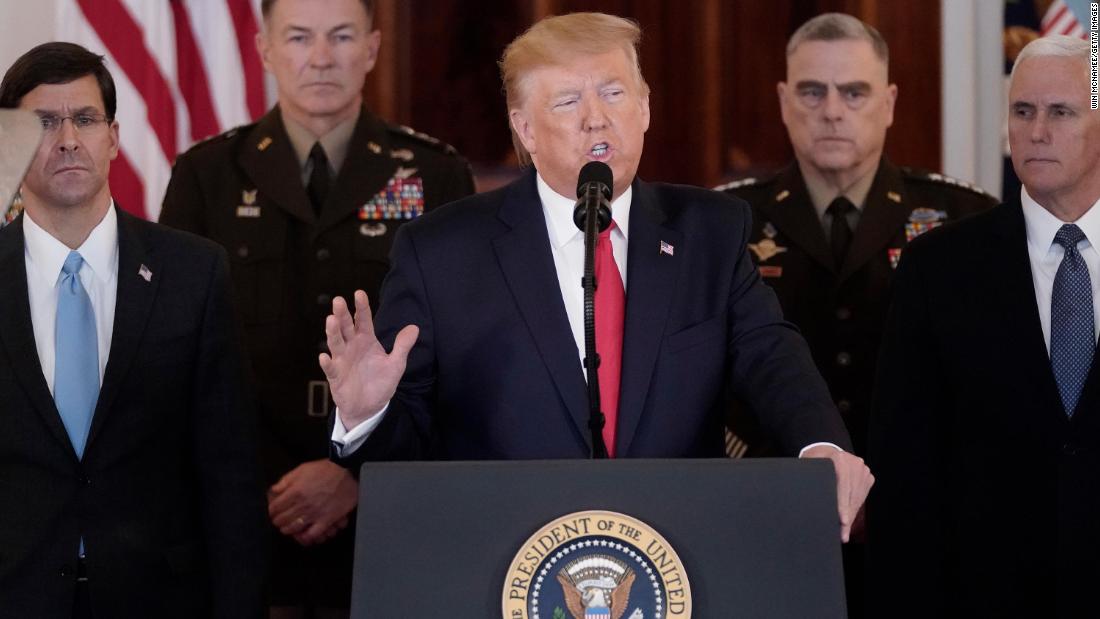 Trump has essentially asked that Americans just trust him that Soleimani had to die to prevent an “imminent,” “very major” attack. Even if you put aside the long history of presidential deception about matters of war, Trump’s consistent and flagrant disregard for truth has made trusting him quite difficult.
The killing of Soleimani is one of the most significant decisions of his presidency. Trump has lied, incessantly, even about insignificant little stuff. (I’ve counted more than 7,000 false claims since his inauguration.) Would the guy who made up a “Man of the Year in Michigan” award, who touted a nonexistent phone call from the Boy Scouts and who adds tens of thousands of people to the actual size of the crowds outside his campaign rallies be above overhyping a bit of intelligence?
It is possible, of course, that Trump has chosen this one subject to be more accurate than he usually is. Senior Trump officials, such as Defense Secretary Mark Esper, have vouched for the intelligence supposedly demonstrating an imminent threat from Soleimani, and it’s possible we’ll learn more in coming days.
But Democratic members of Congress emerged from a closed-door national security briefing on Wednesday saying they had not been shown evidence of an imminent threat. (Republican Sen. Mike Lee said he was “left somewhat unsatisfied” by the information provided on the basis for the killing.) And Trump’s performance since the airstrike has reinforced, rather than eased, concerns about his honesty.
In a Monday interview with Rush Limbaugh, Trump made no mention of an imminent attack, instead emphasizing Soleimani’s history of bad deeds. In the Oval Office appearance on Tuesday, Trump vaguely suggested it was Soleimani’s suspicious travel “stops,” not actual attack plans, that required the commander’s demise.
Trump then littered his Wednesday address to the nation with inaccuracies — though he was mostly reading from a teleprompter.
He exaggerated the amount of money that was made available to Iran in the 2015 nuclear agreement. He said the nuclear agreement “expires shortly,” though some provisions run until 2040 and some are indefinite. And he falsely claimed he had eliminated not only the ISIS caliphate but “100% of ISIS.” (This may have been an accidental slip, but still.)
Trump’s aides and allies have suggested that Americans should trust the nation’s intelligence agencies even if they don’t trust Trump himself. In a Fox News appearance on Tuesday, White House press secretary Stephanie Grisham said, “I know a lot of people are now questioning the intel. That’s really unfortunate.”
Grisham, of course, works for a president who has made a relentless effort to undermine the credibility of these same intelligence entities, which he has described as part of a “deep state” bent on his destruction.
Trump enjoys the loyalty of millions of devotees who are willing to support his positions even when he reverses those positions from one day to the next, who are willing to take his word even though that word has proven serially unreliable.
With the rest of the country, it’s hard for him to have it both ways.