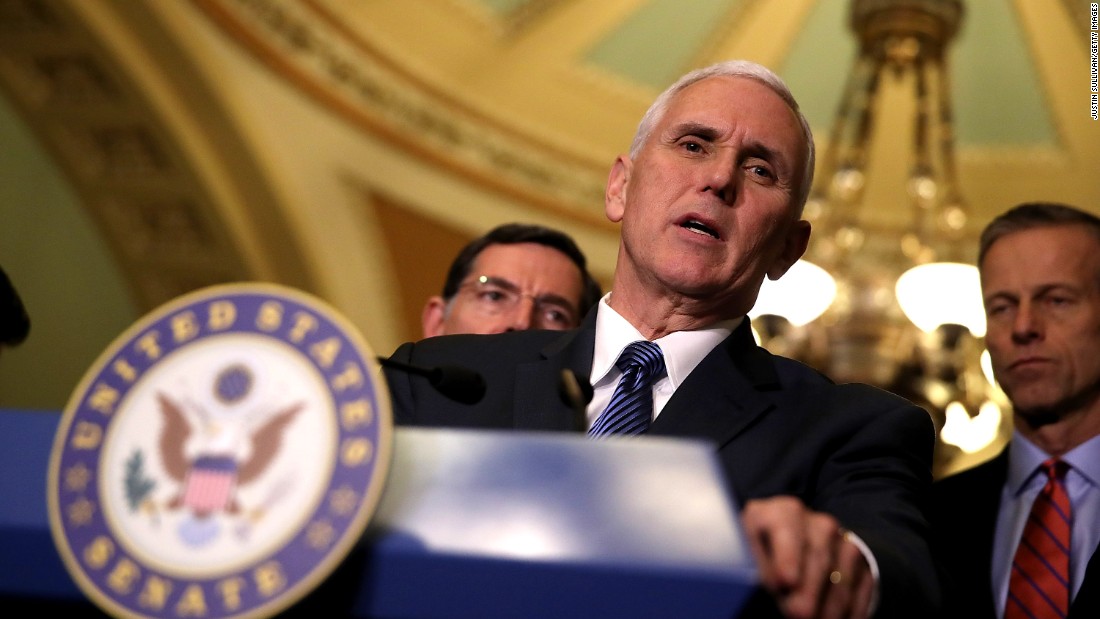 Washington (CNN)President Donald Trump, in an effort to sell his health care plan to wary conservatives, is turning to his trio of former House Republicans with what he hopes are influential conservative credentials: Vice President Mike Pence, Health and Human Services Secretary Tom Price and Office and Management and Budget director Mick Mulvaney. 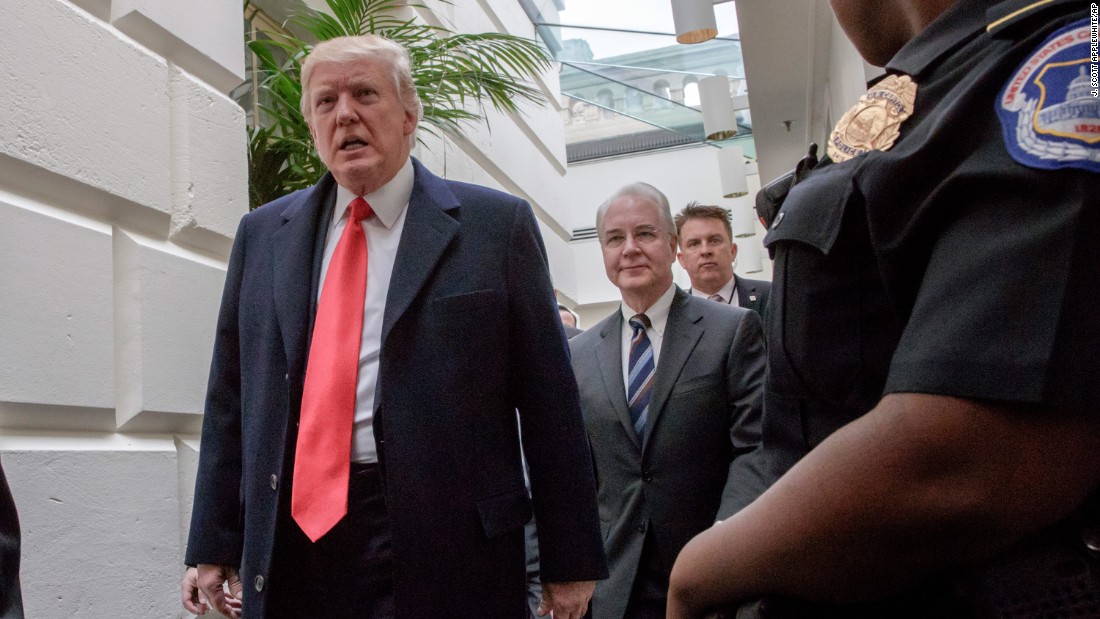 Which Republicans are opposing the Obamacare repeal bill?
It is unclear, though, what success the three officials have had.
Alabama Rep. Mo Brooks, who attended the Wednesday meeting led by Pence and other White House officials, said based on the discussion at the meeting “the resolve to vote no was strengthened” by those Freedom Caucus members in the room.
Brooks said he likes Pence but “he’s been put in an impossible position” to push a flawed bill.
According to CNN’s count, 23 House Republicans — primarily conservatives — have flat-out said they will vote against the bill to repeal or replace Obamacare. And a Freedom Caucus aide said Wednesday that the currently have more than 25 no votes and are “asking leadership to start over.” 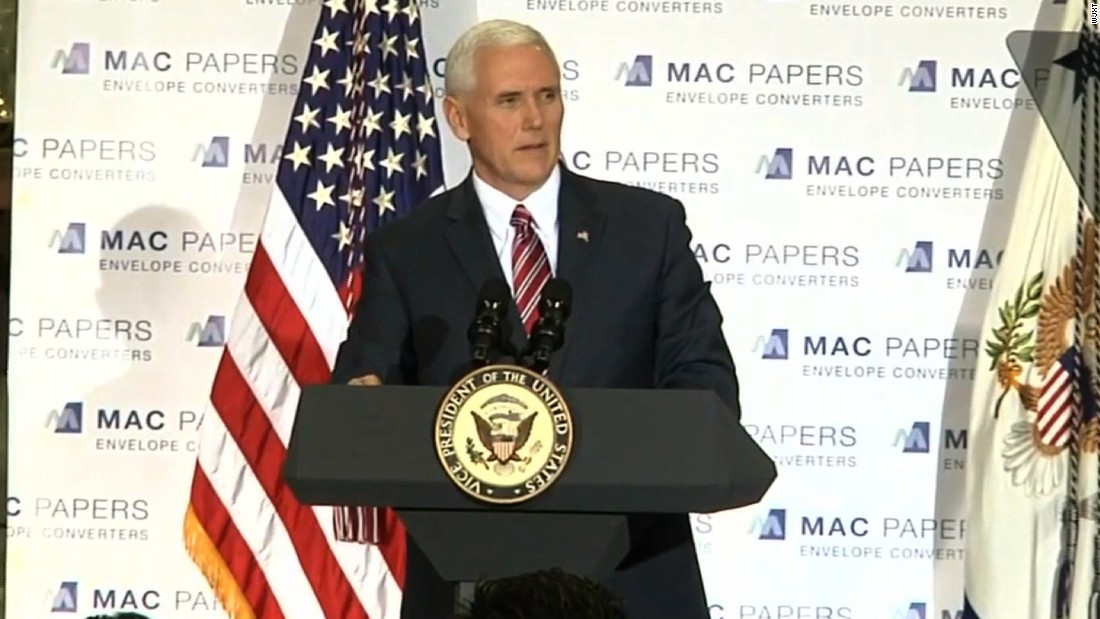 Pence has been an integral part of the lobbying effort since even before taking office — trekking to the Hill for one-on-one meetings and group meetings. He even staked his claim on the House side with an official office on the first floor of the Capitol, where he regularly meets with House members.
Lawmakers who have met with him say his role appears focused largely on collecting intelligence and concerns from House members and senators and relaying them back to the White House, rather than making hard pitches for votes.
Pence met with House conservatives Wednesday, where, according to a senior administration official, the vice president emphasized his history with House Republicans. Before he joined Trump’s campaign, Pence was the governor of Indiana and a congressman from the Hoosier State from 2001 to 2013.
House members, while appreciative of Pence’s visits, have also told him point blank that they intend to vote against the bill and have noted to him the amount of turnover among House Republicans since Pence left a few years ago.
The House Freedom Caucus, in particular, is made of many newer and more conservative lawmakers who never had a chance to develop a personal relationship with Pence. 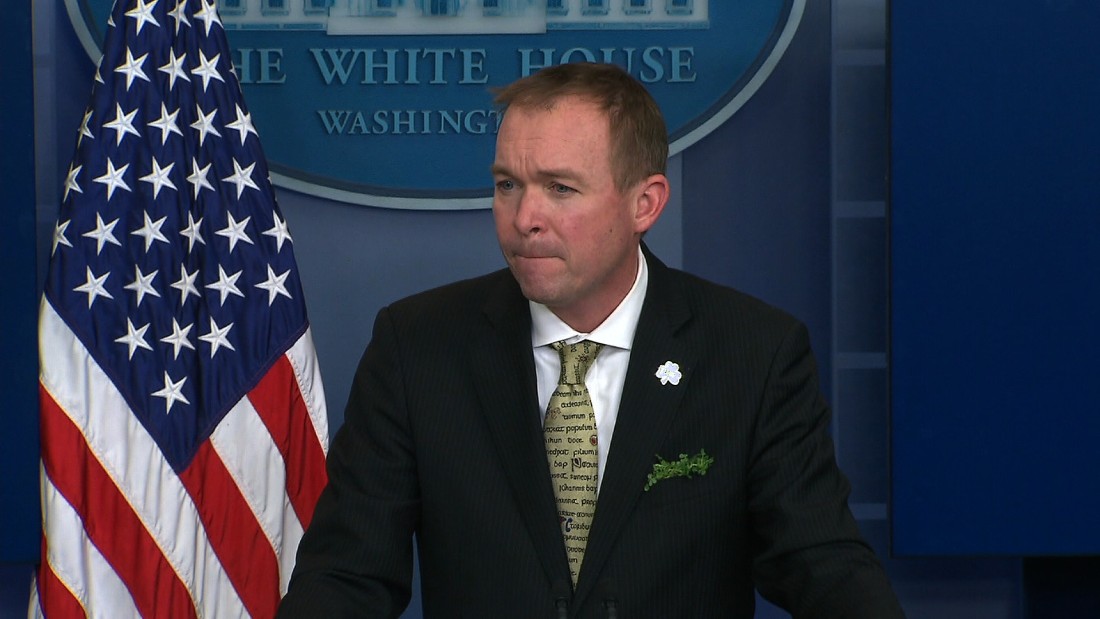 White House press secretary Sean Spicer, responding to questions about not having enough votes ahead of Thursday’s vote on the bill, leaned on the Capitol Hill experience shared by Mulvaney and Price.
Spicer said Mulvaney was “a leader in that caucus” and “has been a very strong advocate of this policy.”
“He has been up on the Hill talking to his former colleagues, assuring them of the effort and why the process has to go the way it does,” Spicer said. “I am optimistic in the sense of what we are seeing and the trajectory this is going.”
Mulvaney, before he joined the Trump administration, was a conservative House member from South Carolina, where he was a member of the Freedom Caucus who railed on Obamacare, President Barack Obama’s sweeping health care law that Republicans are looking to repeal.
While Spicer said Wednesday that Trump was the “closer” on selling the health care bill, it appears the administration is banking on Pence, Mulvaney and Price to be the heavies with conservatives. 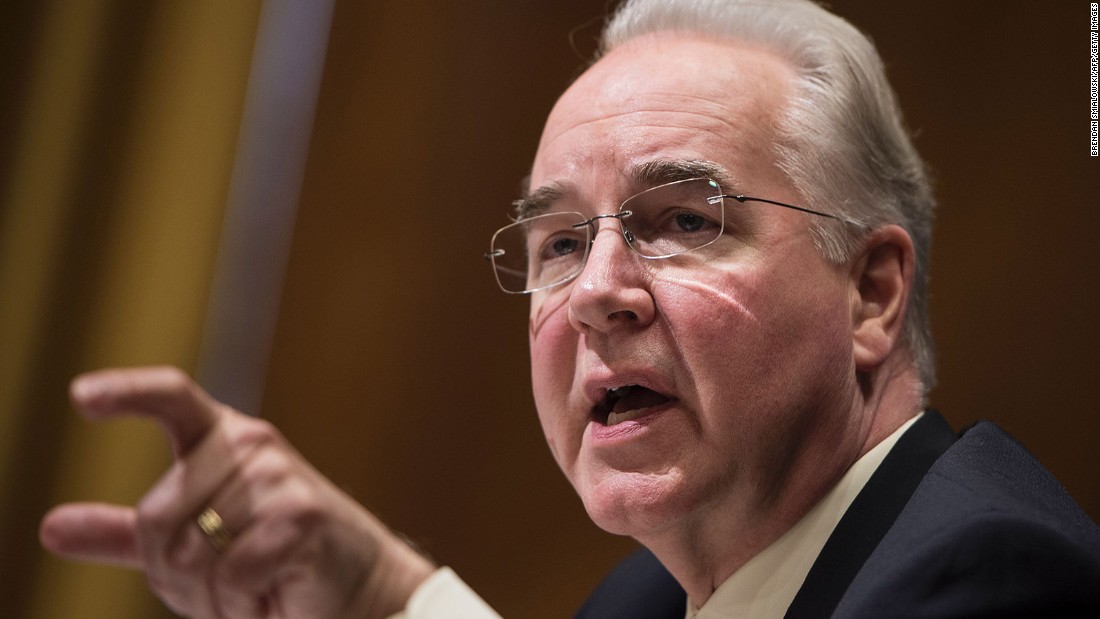 One person who was, until recently, a member of the Freedom Caucus is Price, who now leads Trump’s health care effort at HHS.
Price was a member of the Republican caucus in the House from 2005 to 2017, where he led the charge against Obamacare.
An aide to Price said that the secretary has leaned on his “long history of being a leader on health care issues in the House” and is “working with his colleagues on reform.”
The aide said Price’s conversations have primarily focused on “the substance of the challenges folks are incurring within the current healthcare system and the solutions that the administration is committed to pursuing through a broad reform effort.”
The conversations, the aide added, include “the current reconciliation legislation but additional legislative efforts in Congress and the administrative actions and regulatory relief HHS is pursuing.”