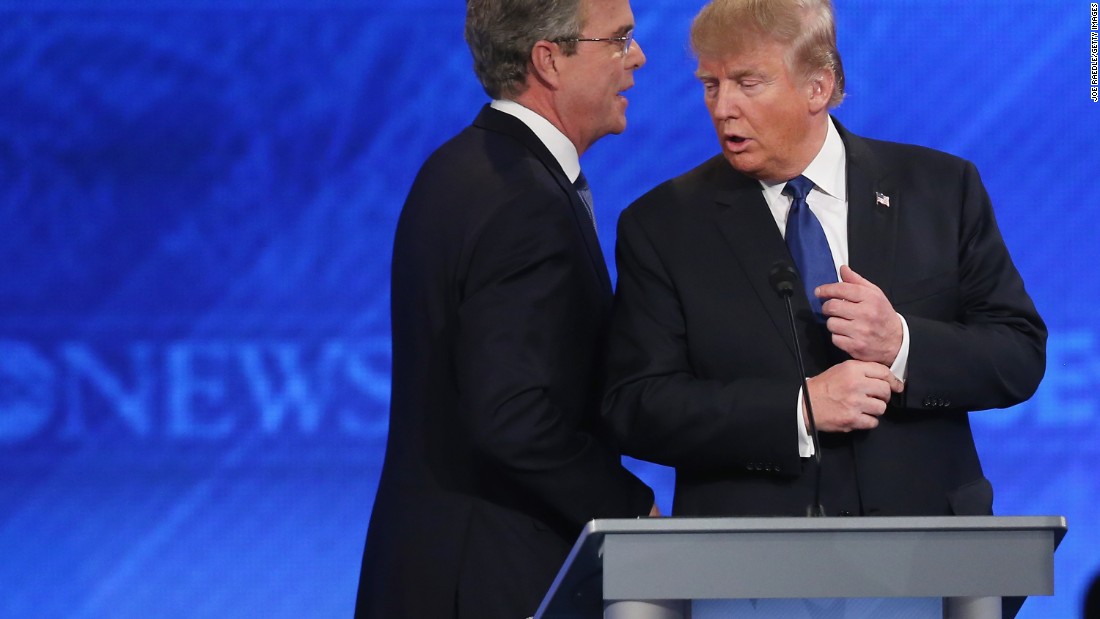 (CNN)I have worked on three Republican presidential campaigns, and they all had one common strategic imperative: When it comes to defining your opponent, don’t leave anything to chance. For some reason, Donald Trump’s primary opponents decided to challenge this rule.

The Jeb Bush campaign offered a case study on this. Early in the campaign, when NBC’s Chuck Todd asked where he got his military advice, Trump responded: “I watch the shows.” It’s hard to think of a more disqualifying remark coming from a candidate in a Republican presidential primary.
As part of my work offering on-air commentary, I regularly talked to communications and political staff on the GOP campaigns. When I received a routine updates from Bush’s press shop that merely pointed out Trump’s remarks in an “in case you missed it” type of way, I was taken aback. Why wasn’t the campaign against Trump more forceful, more sustained?
I pressed Bush’s aides to hit Trump for learning about the military on TV, but got nowhere.
My main advice to Bush’s campaign and others battling Trump: Attack his lack of experience and even basic understanding of national security issues. This was a glaring weakness. A very public effort to exploit it would require their constant attention, given Trump’s domination of media coverage. Where was the long line of national security experts? What were the advertising plans? I expected to hear back from Bush’s campaign with a confident, almost gleeful readout of the plan they were hatching to crush Trump for making this remark. Crickets. Nothing.
As a result, the moment the opportunity quickly passed. The media turned its attention to Trump flogging Bush, the opponent he dubbed “low energy.”
Months later, it still boggles my mind that the Bush campaign and all the rest let that opening pass. It was a telling sign. Perhaps they thought the media would do their work for them. Perhaps they feared Trump’s retaliation.
Whatever the reason, Trump’s Republican opponents failed to define him. They broke the rule.
They left it to chance.