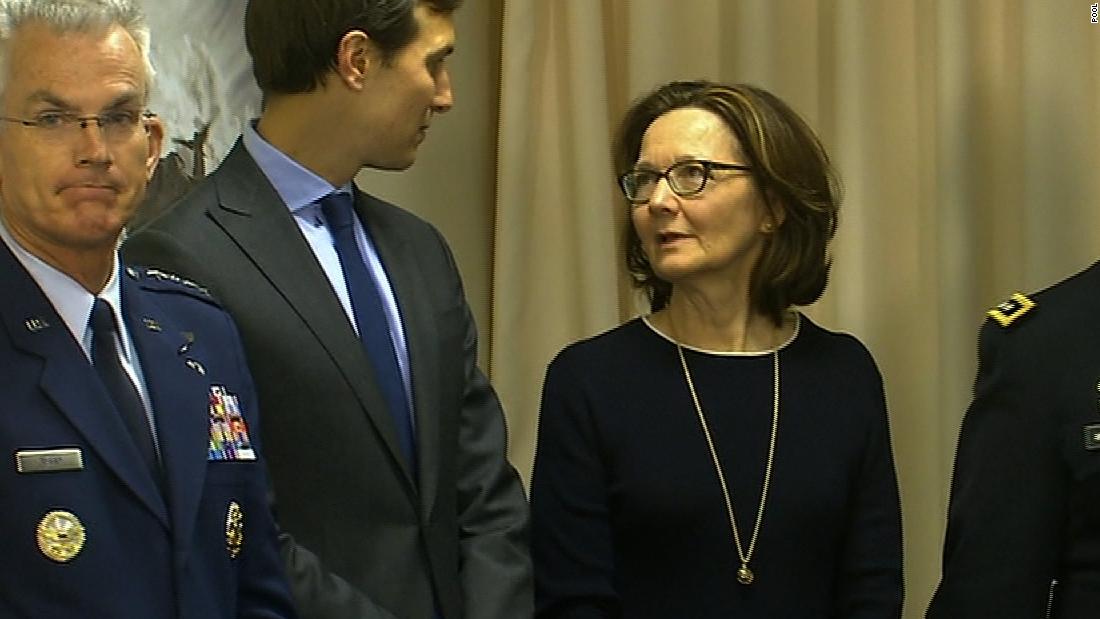 (CNN)President Donald Trump’s choice to run the CIA has privately faced a barrage of questions from senators over her role in the Bush-era destruction of CIA interrogation tapes, but she still hasn’t alleviated a number of concerns about the matter ahead of her confirmation hearings.

The destruction of the tapes

On the tapes, she has told lawmakers she did not order their destruction and had sought to go through the appropriate channels after being asked to draft a cable calling for them to be destroyed, according to lawmakers and an agency official. She has said that her supervisor had taken a different course of action without allowing the then-CIA director to review the cable first.
Haspel was chief of staff in 2005 to the head of the CIA’s clandestine service, Jose Rodriguez, when he ordered the destruction of the tapes documenting the CIA’s harsh interrogations of terrorism detainees that critics say amount to torture, including waterboarding. The issue caused a major uproar at the time, leading to the naming of a special prosecutor, who later declined to press charges. 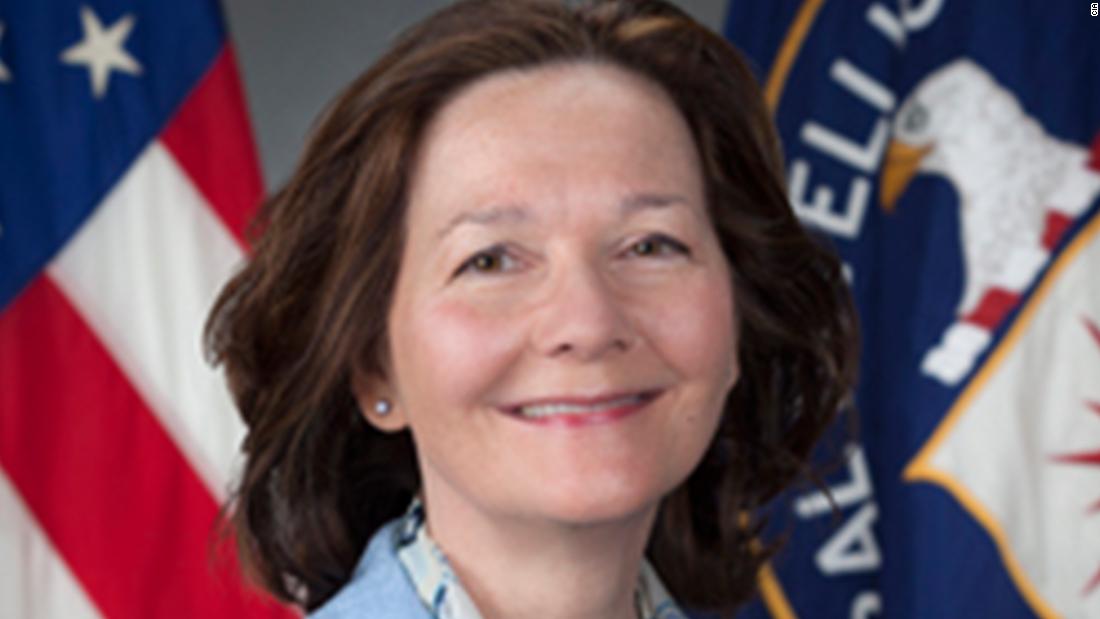 In his book, Rodriguez explained that that he asked his chief of staff — then Haspel — to draft the cable ordering the destruction of the tapes, although he said that the ultimate decision was his. “This had been such an ordeal that I wanted to personally handle what I thought was the end of a long bureaucratic nightmare,” Rodriguez wrote. “My chief of staff drafted a cable approving the action that we had been trying to accomplish for so long.”
Rodriguez argues that he was “not depriving anyone of information about what was done or what was said. I was just getting rid of some ugly visuals that could put the lives of my people at risk. I took a deep breath of weary satisfaction and hit send.”
But others involved have said that Haspel was an advocate within the Bush administration for destroying the tapes — and not just following Rodriguez’s orders.
John Rizzo, the former acting CIA general counsel, wrote in his 2014 book that Rodriguez and his chief of staff “were the staunchest advocates inside the building for destroying the tapes.”
Rizzo said that Rodriguez and his chief of staff, who isn’t named in the book, continued to press the matter amid his own opposition to destroying the tapes, along with then-CIA Director Porter Goss, the White House counsel’s office and the director of National Intelligence. “Jose and his chief of staff kept coming to me,” Rizzo wrote. “On the edges of meetings on other subjects, in the hallways, they would raise the subject almost every week.”
Rizzo declined to comment further to CNN, beyond saying that he stood by his book.
Haspel is only referred to as Rodriguez’s chief of staff and not by name in both books because she was undercover in the role.
CIA spokesman Ryan Trapani said Haspel has been “consistent and clear” to lawmakers that the cable was drafted at Rodriguez’s request, saying she consulted with the “affected officers” and she drafted the cable “with the understanding” she would raise it with Goss.
“When she subsequently saw that Rodriguez had sent the cable to the field, she asked him whether he had raised the matter with Goss,” the spokesman said. “Rodriguez told her that he had not talked to Goss and he had sent the cable out based on his understanding of his authority.”

‘She wasn’t a clerk. … She was the chief of staff’

Not all lawmakers have been satisfied with those assurances.
King added that she appeared to be an “advocate for the destruction of evidence,” though he said he had not confirmed that yet as he seeks more details. 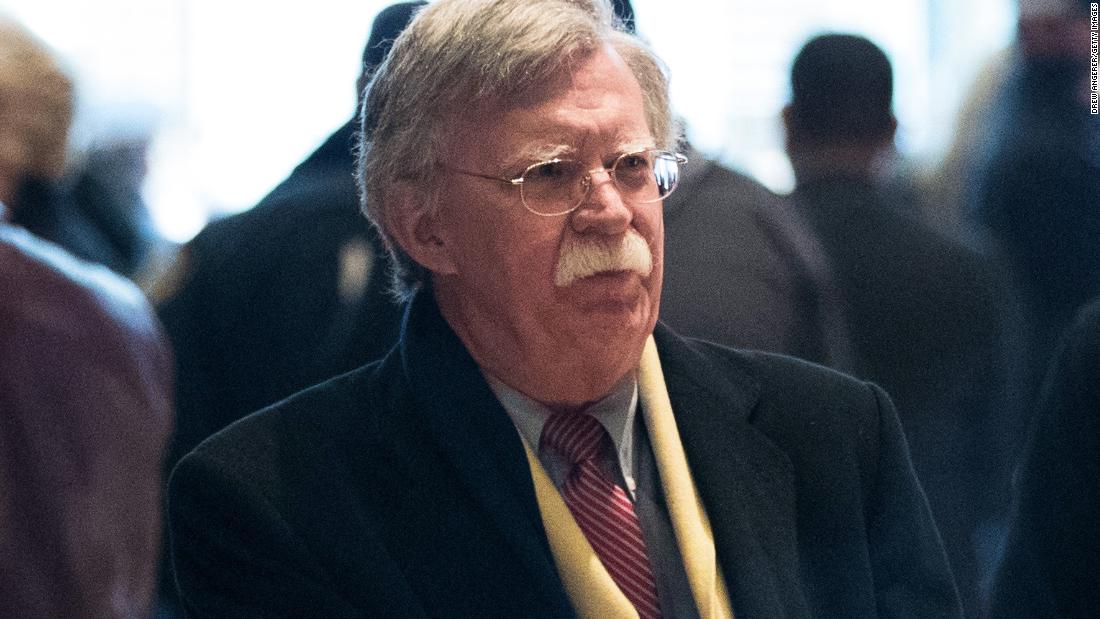 “She wasn’t a clerk,” King said. “She was the chief of staff.”
Republicans advocating for Haspel have come to her defense, pointing to the fact that the federal prosecutor appointed to investigate the matter did not bring charges against anyone. And they argue she’s won support across the aisle, even from some former Obama officials.
“This was all studied by a special prosecutor. The special prosecutor said there’s no fault here,” Senate Intelligence Chairman Richard Burr, a North Carolina Republican, told CNN. “If for those both individuals and journalists who say she committed a crime, the special prosecutor said she didn’t. It shouldn’t be an issue.”
Texas Sen. John Cornyn, the No. 2 Senate Republican, said Haspel shouldn’t be judged on a “caricature” of her 33-year CIA career.
“My understanding is that was vetted and she was following instructions of her superior officer, Jose Rodriguez,” Cornyn said. “And so I certainly don’t see how that would disqualify her from this job.”
And Sen. Marco Rubio said of the destruction of tapes: “I don’t think that’s a controversy, ultimately. … She’s in a tough spot defending herself because a lot of the things she’s done are covert in nature.”

The intelligence community has largely rallied around the nomination of Haspel, who spent most of her career in the CIA undercover. The CIA has undertaken an unusual public relations campaign to promote her, and more than 50 top national security and intelligence officials signed a letter last month backing her nomination, including six former CIA directors. 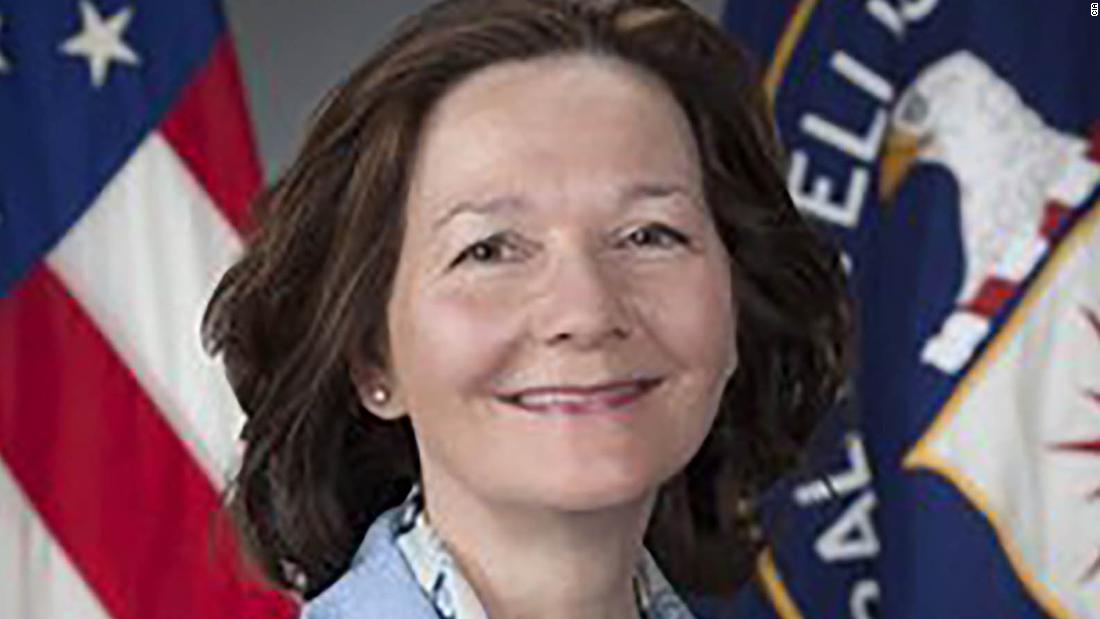 In his defense of Haspel, Burr also pointed to a letter written by former acting CIA director Mike Morell when Haspel was appointed deputy CIA director last year, a position that did not require Senate confirmation. Morell wrote in an op-ed last year that she believed the destruction of the tapes was a “lawful” act carried out under the request of her supervisor, and he led a review that cleared her of any wrongdoing.
Democratic Sens. Dianne Feinstein of California, Martin Heinrich of New Mexico and Ron Wyden of Oregon have sent the CIA multiple letters calling for her full record to be made available for review, including over the destruction of tapes since many records are still classified.
Feinstein, who voted for Trump’s first CIA director, Mike Pompeo, said Tuesday that she met with Haspel “several times” and has even shared a meal with her. Still, she said she has concerns about Haspel’s role in interrogation tactics during the Bush-era.
“To make that person No. 1 at the agency sends a signal to the rest of the world that is not a positive signal in my view,” Feinstein said.
Sen. Mark Warner, the top Democrat on the Intelligence Committee, is so far noncommittal.
“I think this will be the focus of a huge amount of attention from members on both sides of the aisle,” Warner said of the destruction of the tapes. “It’s really important for all members of the Intel Committee, for that matter all members, that the CIA provide as much transparency as possible.”