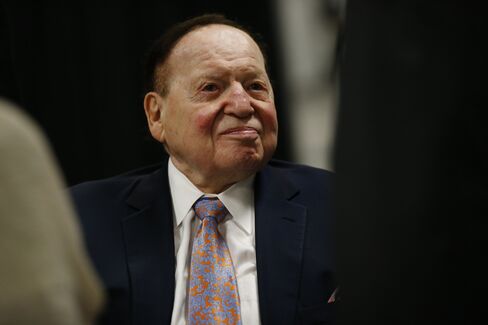 On Monday, Donald Trumps campaign was asking fans to send $5 or $10 to buy pizza and snacks for election-day volunteers. Hes ending his campaign against Hillary Clinton the way he began it: heavily outspent by his opponent.

Trump cant blame his financial disadvantage on a lack of wealthy supporters. Some of them promised that big money was coming, but never followed through. And as of Sunday, even Trump himself hadnt spent nearly as much on his own campaign as he promised.

Overall, Clinton and her allies raised more than $1 billion through Oct. 19, the last date for which comprehensive figures are available, compared with about half that for Trump and his allies. Support from super-political action committees, which can accept donations of unlimited size, was particularly lopsided in Clintons favor.

If Trump wins the election today, hell have millions of middle-class fans to thank for financing most of his campaign — people who sent $35 over the Internet in response to his daily entreaties, and helped him smash the Republican record for small-donor fundraising. If he loses, these are some of the deep-pocketed supporters who didnt come through for him:
306649170

1. Sheldon Adelson. Earlier this year, the New York Times reported the Las Vegas casino mogul offered to spend as much as $100 million on Trump. Trump and his team occasionally bragged about the offer. Adelson and his wife actually spent at least $10 million on Trump, and possibly more — but nowhere near $100 million.

2. Carl Icahn. The billionaire investor made a video praising Trump last year, and told Bloomberg News in August that he was considering forming a super-PAC to support the campaign. He didnt.

3. Tom Barrack. The real-estate investor and close friend of Trumps appeared on CNN in June, claiming hed raised $32 million for a new pro-Trump super-PAC. Then Barrack abruptly distanced himself from the group, and didnt give it a cent. Its on track to spend about $20 million.

4. Trump. In recent weeks, he pledged again and again to put $100 million into his campaign. So far, he hasnt. His actual giving, as of Sunday, stood at $66 million. At this point, its probably too late for a last-minute cash infusion to have any impact.

Trumps failure to live up to his own promise is particularly surprising, because hes repeated the $100 million pledge so frequently and so recently.

Spies estimates that Trump, who is narrowly trailing Clinton in the polls, might be leading if hed put more of his money into the campaign early on, and used it for television advertising. His refusal to do so is one reason other wealthy donors refused to back him, Spies said.

Representatives for Trump, Adelson, Icahn, and Barrack either declined to comment or didnt respond to requests for comment on Monday.

Anthony Scaramucci, a top Trump fundraiser and surrogate, says most Trump supporters are just grateful for what he did contribute. “$66 million is a lot of scharole,” he said.
Late last month, Trump seemed to signal a last-minute deluge of cash was coming.

In at least three separate e-mails sent out under his name on Oct. 27, and one under the name of his son, Eric, Trump offered to “triple match” any contributions he received between then and the end of the month.

“We cant leave anything on the table,” one of the e-mails said. “Thats why I am making this HUGE final investment to win, by triple matching every contribution we receive by midnight, October 31st.”

Unlike similar offers hes made in the past, the e-mails didnt mention any upper limit to his contribution. If fundraising continued on its normal pace, the offer could easily have put Trump on the hook for $20 million or $30 million.

But the offer wasnt mentioned again after the 27th, and the campaign didnt respond to repeated questions about what happened to it. Trump did indeed contribute to his campaign the following day, but it was only $10 million, bringing his cumulative total to $66 million.

Also on the 28th, Trump wouldnt commit to meeting the $100 million pledge during an appearance on Fox News. “What it takes is what it takes,” he told Foxs Bret Baier.

By Oct. 31, he was throwing the $100 million figure around again at a rally in Michigan. And as Election Day approached, the Trump campaign ratcheted up its fundraising pitches, asking for as little as $15 from donors online. “JOIN NOW with an emergency contribution,” Trump wrote in one of at least five emails his campaign sent on Monday. “I need your help more than ever.”