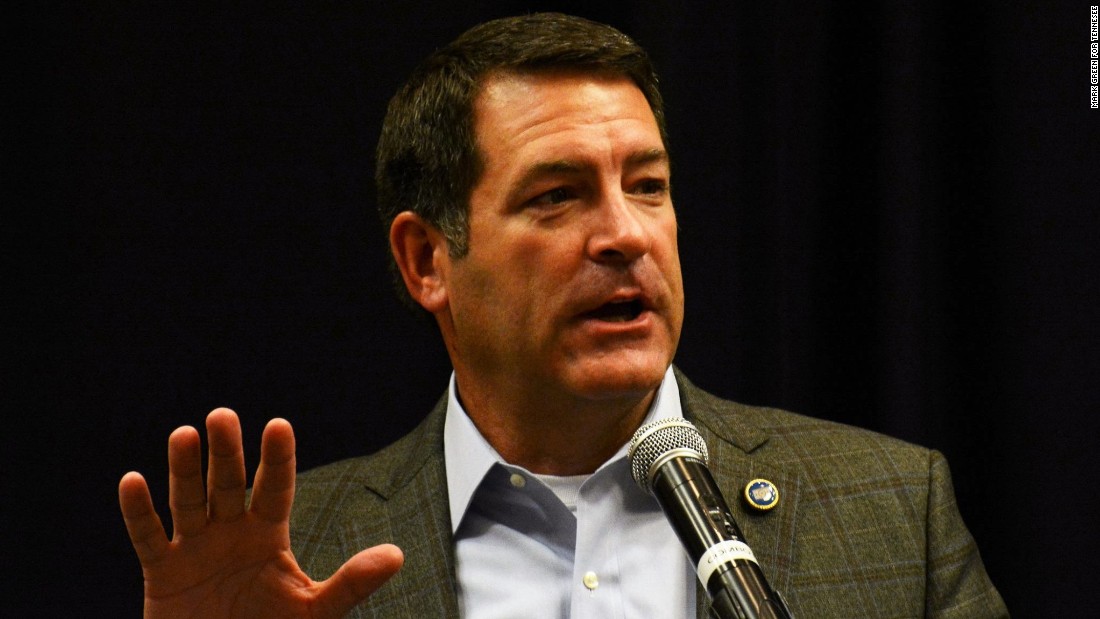 Washington (CNN)The nomination of President Donald Trump’s Army secretary is in serious jeopardy, and he could be withdrawing as soon as this week, three sources familiar with the matter told CNN.

Mark Green, Trump’s second pick to be Army secretary, is facing what the sources described as a difficult — if not insurmountable — path to confirmation amid a backlash over his controversial statements on LGBT issues, Islam and evolution.
The sources said that Green’s withdrawal is not finalized, but it’s unlikely he would go forward because “there are questions whether he has enough support from either side of the aisle” to get confirmed, according to one source.
Darren Morris, a political adviser to Green, said the notion he was withdrawing was “completely, absolutely untrue,” and that he’s prepping for the confirmation hearing this week in Washington.
The Department of Defense referred CNN to the White House, which declined to comment.
If Green were to withdraw, however, the Tennessee state senator would be the third military service secretary to drop out after being selected by Trump — and the second Army secretary nominee — adding to the Trump administration’s troubles appointing officials to key national security posts.
Green, a retired Army flight surgeon and West Point grad, was tapped in early April as Trump’s pick for Army secretary after billionaire Vincent Viola withdrew over issues related to divesting from his financial holdings.
Philip Bilden, Trump’s first pick for Navy secretary, also withdrew over financial issues — a week after both the White House and Pentagon publicly denied he was dropping out.
Democrats and LGBT groups have slammed Green over his previous comments on LGBT issues, which included saying: “If you poll the psychiatrists, they’re going to tell you that transgender is a disease.”
He’s also been criticized by Muslim groups for comments about not teaching “the pillars of Islam” in public schools.
On Monday, CNN reported Green is a self-identified creationist who delivered a lecture arguing against the theory of evolution.
Green defended himself against the criticism in a Facebook post last week, charging that the “liberal left has cut and spliced my words about terrorism and ISIS, blatantly falsifying what I’ve said.”
His confirmation hearing has not yet been scheduled by the Senate Armed Services Committee, but it would likely be a bruising battle with Democrats demanding explanations for his previous statements.
Republican Sen. Lindsey Graham of South Carolina, a member of the committee, told CNN’s Kate Bolduan Tuesday that he didn’t know yet whether he would support Green.
“I don’t know. He’s denied some of these comments,” Graham said. “He’s a military officer, he’s a doctor who was involved in the raid to capture Saddam Hussein, so he has a fine military record. I know him casually. This is why we have hearings. I want to make sure he’s the right man to lead the Army.”
One source said that Green’s politics were “good for the state Senate in Tennessee, not so much to follow a gay Secretary of the Army that Obama had,” a reference to former President Barack Obama’s last Army Secretary, Eric Fanning, the first openly gay person to serve in that role.
The Trump administration has yet to confirm any Pentagon officials below Defense Secretary James Mattis. The nomination of former Republican Rep. Heather Wilson of New Mexico for Air Force secretary is pending on the Senate floor.
When Green was nominated, Mattis expressed his support. “He had my full support during the selection process, and he will have my full support during the Senate confirmation process,” he said in a statement. “I am confident of Mark’s ability to effectively lead the Army.”