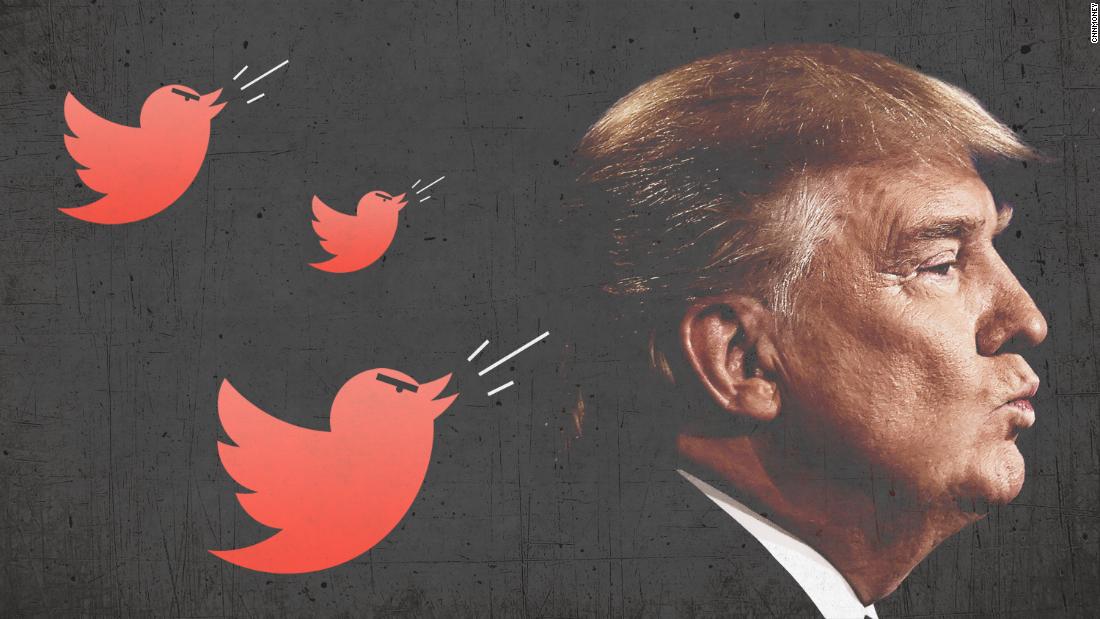 (CNN)The last time Baghdad sent troops into Kirkuk to kick out Kurdish forces, I was in the first group of journalists taken to see the aftermath.

Fresh on the heels of the allied liberation of Kuwait in 1991, swaths of Iraq’s downtrodden rose up against Saddam Hussein. The Shia in the south and the Kurds in the north were both brutally crushed.
Around Kirkuk we witnessed the ugly aftermath of more killings. Kurds who had been gunned down, their bodies untouched where they fell.
It was, as my wife — then a CNN correspondent — reported, “an object lesson in brutality.”
Although Baghdad’s offensive in Kirkuk this week is tame by comparison, it is nevertheless an object lesson not just for the Kurds, but for the US — and President Trump in particular. 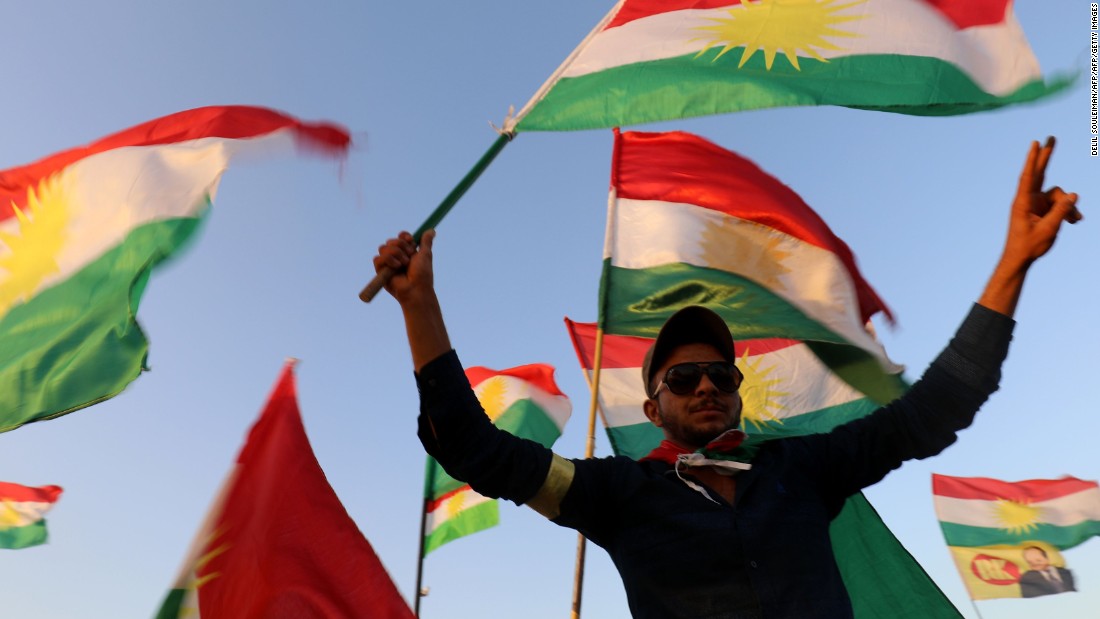 The Iraqi government forces arrived in US-made Humvees and Abrams tanks backed by Shia militias who are supported by Iran. Both the US and Iran are vying for influence in Iraq.
Iran’s claim is historic, rooted in religious ideology. By contrast, America appears as the Johnny-come-lately.
So when Trump refused to recertify Iran’s compliance of the Iran nuclear deal last week and threatened to designate Iran’s top military force, the revolutionary guard — the IRGC — a terrorist organization, he wasn’t just slapping down the theocracy — he was also upping the stakes in Iraq.
In part drawing a line in the sand; in part throwing sand in the faces of Iran’s leaders. Iran’s Supreme Leader the Ayatollah Ali Khamenei is throwing sand back, pledging to undermine US interests in Iraq and by implication its Kurdish region.
Not long after my visit to Kirkuk in 1991, the US designated Kurdish areas a safe zone, denying Saddam access.
Since then, the Kurds — under their leader Masoud Barzani — have cemented autonomy and grown claims for independence, wooing America as a protector by granting oil rights and offering strategic airbases for them — some close to Iran’s border.
But last month, Barzani pushed the relationship to the brink by forcing through a Kurdish referendum on independence against the express wishes of America, Iraq, and Iran. Only Israel accepted the Kurds’ overwhelming call for independence.
On the eve of Iraq’s Kurdish offensive this week, an IRGC general slipped into Kirkuk with two Iraqi generals and told the Kurds to get out or be crushed.
Both the President and the Iranians have put their cards on the table: Trump can’t abide them; they want American influence in the region gone. The days of cooperating over ISIS are likely not long for this world. 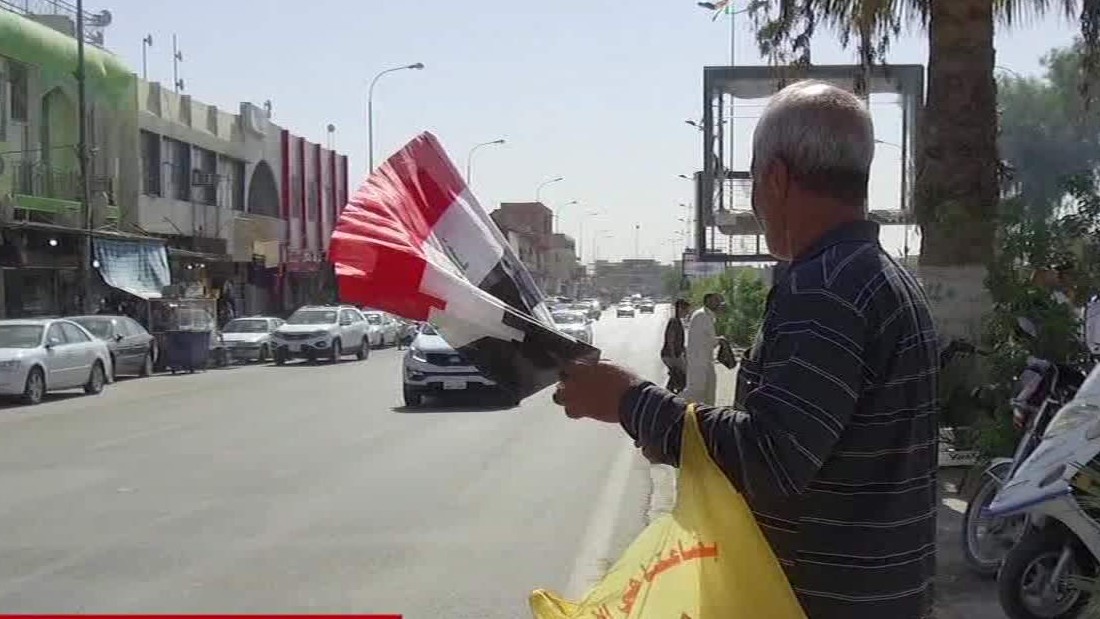 Kirkuk on edge after Peshmerga pushed out

A marriage of convenience is splintering, as they so often do, into a messy separation.
If the Iran deal was the pre-nup, the divorce won’t be about who gets to keep how much enriched uranium as much as it will be about who gets which country or region as a sphere of influence.
The fault lines have been solidifying for decades. A first faint trace came almost a century ago with the Sykes-Picot division of the post-Ottoman Middle East.
The Sultan’s caliphate was parceled up into trans-tribal, trans-ethnic and trans-secular countries whose citizens were new to such nationhood.
In the century since, kings and dictators have mostly sought to subjugate in their own interest. National interest has only ever been a tool wielded to hold on to power.
It is why Iraq and Syria are in turmoil today and why Lebanon is still recovering from a civil war that ended over two decades ago. The region is fragile and every outside player makes it more brittle.
As former US Secretary of State Colin Powell apparently told President George W. Bush: “If you break it, you own it.”
Donald Trump may not have created this mess, but his recent pronouncements on the Iran deal appear to lack the leadership skills that would be expected of a US president.
Indeed, Trump seems to be the only person unable to comprehend the ripple effect of his actions.
Trump’s sabre rattling on Iran and North Korea isn’t just ensuring that citizens of those countries get in line behind their regimes, but it also exposes the paucity of his policies to a global audience. 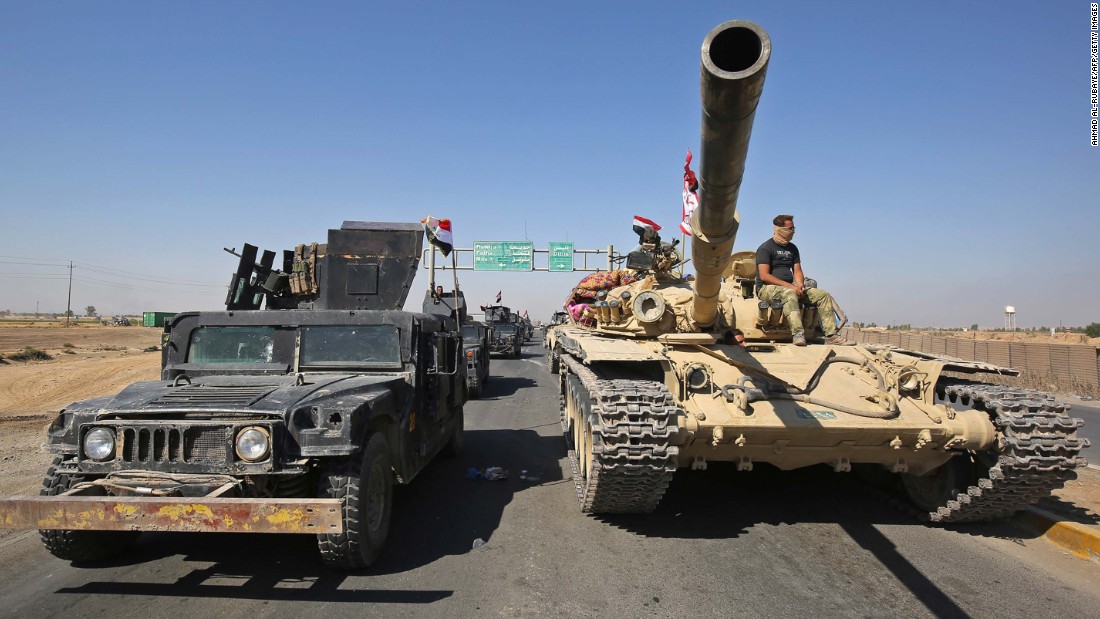 All of the other signatories to the deal — Russia, China, Germany, France and the UK as well as the EU — urged against doing what he did and risk triggering a collapse of the deal.
EU Foreign Policy Chief Federica Mogherini sounded particularly bitter: “It is not (a) bilateral agreement. It does not belong to any single country. And it is not up to any single country to terminate it.”
Trump’s more than 200 days in office are shearing him of his allies’ close support.
His decision on Iran shredded any last vestige of doubt for Trump’s critics and most of his allies that he is setting America’s international standing back years — maybe decades.
His statement on Iran has been the culmination of months of unease that most European leaders had hoped could be avoided.
Within a week, their worst fears may be taking shape. Kurds routed from Kirkuk by Iranian-backed forces and the real possibility of a bigger confrontation that could mean more refugees spilling into Europe.
The assumption that Trump’s impulses can be kept in check by wiser minds in his administration is being challenged.
Secretary of State Rex Tillerson said: “President Trump’s foreign-policy goals break the mold of what people traditionally think is achievable on behalf of our country … We’re finding new ways to govern that deliver new victories.”
On Iran, Defense Secretary James Mattis said: “I give advice to the President, he was elected by the American people and I stand by the Iran strategy as it came out today.”
And Chief of Staff John Kelly offered this guidance on his role at the White House: “I was not sent in to — or brought in to control him.” 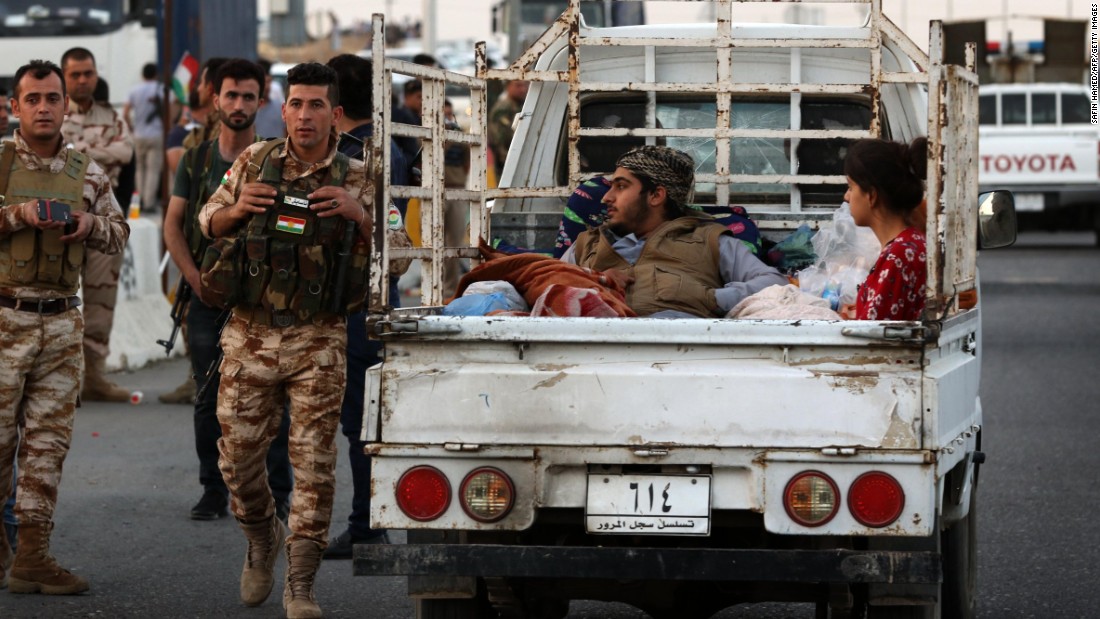 What’s really worrying European diplomats is what could happen if another Middle East conflict kicked off.
In 2015, a massive wave of refugees principally from the Syrian conflict shifted Europe’s politics to the right and changed the face of the continent.
More evidence of this came in Austria’s elections last weekend: The world’s youngest-ever leader surfing into power on a wave of anti-migrant rhetoric.
Voters in Germany, France and Holland have also boosted nationalist hopes of a revival in the immediate aftermath of Britain’s Brexit vote.
Europe is experiencing a reactionary lurch in which nationalists feel emboldened — and the refugees of Syria’s civil war helped make that happen.
Another Middle East war would likely cloud Europe’s horizons further. ISIS is using the moment to stoke primal fears. A perfect storm may be brewing.
Our lives risk being reshaped by inexperienced leaders who like lashing out on both sides of the Atlantic. Don’t tell me that isn’t a recipe for disaster.