Threats against journalists, a promise to purge political enemies. The rise of Donald Trump has disturbing echoes of the former Republican presidents career 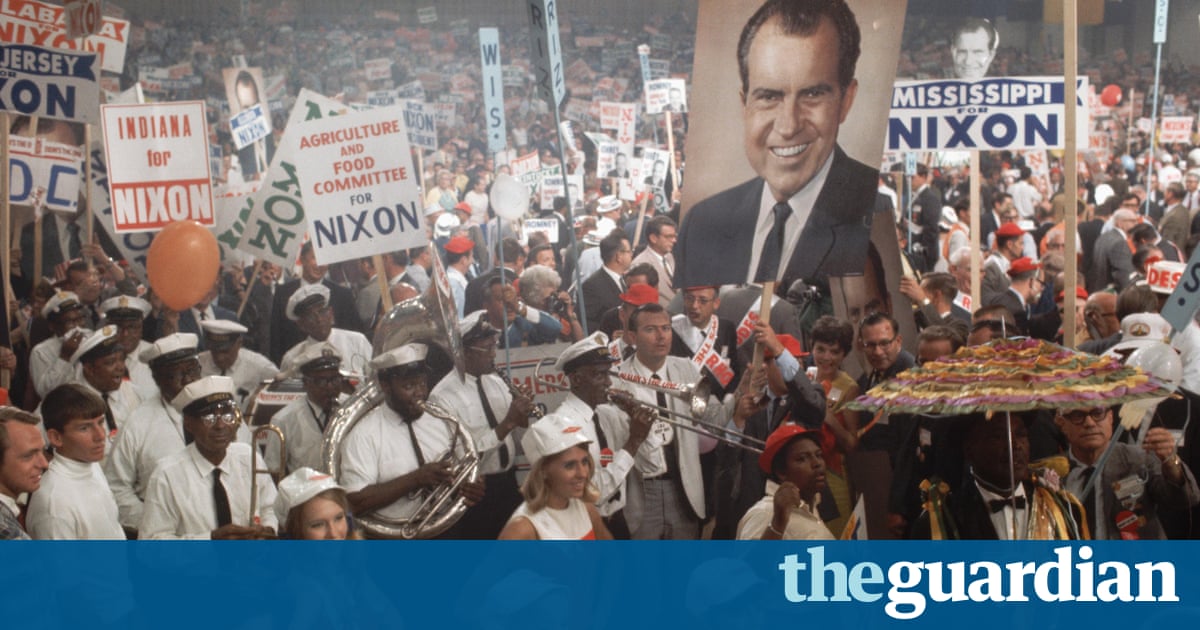 As Donald Trumps own advisers said this week that Trump would use Richard Nixons famous law and order rhetoric during his 1968 campaign as his inspiration for his Republican nomination speech on Thursday, many have begun comparing Trump to the disgraced former president. The parallels with a man who presided over another era in which there were widespread allegations of police brutality and killings of unarmed African Americans seem compelling.

But if you take a detailed look back at Nixons 1968 campaign for president, the analogy runs much deeper than his not-so-coded language attacking racial minorities. As each day passes, Trumps success looks more and more similar to Nixons rise to power.

Just yesterday, Trump campaign surrogate (and widely assumed prospective attorney general) Chris Christie said Trump would seek a new law to purge Obama-appointed federal employees. Trump has also promised to prosecute Hillary Clinton if he becomes president, and given the disturbing call-and-response of Lock her up! during Christies convention speech on Tuesday, theres little doubt he would follow suit. Its a reminder that Nixon took his own campaign hatchet man John Mitchell and installed him as attorney general to do his dirty work.

But long before Nixon ordered Mitchell to wiretap and subpoena journalists who crossed him when he became president, he was threatening to sue the New York Times for libel for an editorial about his vice-presidential running mate, Spiro Agnew just as Trump has threatened multiple news organizations with libel suits in the past several months.

Much like Trump, Nixon and Agnew spent a great deal of their campaign attacking the media, so much so that as former New York Times general counsel James Goodale wrote in his 2011 book on the Nixon administrations war on journalism: Many who covered the election for the press said they felt under threat with everything they wrote.

Just as Trump cajoles his campaign crowds to boo and hiss at the reporters covering him, and hurls insults their way on a nightly basis, Nixon had Agnew tour the country giving entire speeches ripping into television and news media, once famously referring to the mainstream press as Nattering nabobs of negativism and executionary journals fit only to line the bottom of bird cages. Trumps invective-filled tweets aimed at any journalist who writes an unflattering story about him bring to mind Agnew regularly calling out individual reporters by name in those same speeches.

One of Nixons favorite tricks against his enemies was to set the IRS on anyone who crossed him. You can hear him on the Nixon tapes demanding that one person or another who had wronged him have their tax returns audited by the IRS. Trump himself has already hinted at using this tactic as well. After Amazon CEO and billionaire Jeff Bezos criticized Trump in May, Trump immediately accused Bezos of owning the Washington Post to avoid taxes and seemingly hinted at a crackdown to come if he were to become president.

And then theres foreign policy. Nixon spent the entire 1968 campaign claiming that he had a secret plan to get the US out of Vietnam and that he would bring peace to a country torn up by war all the while covertly planning on escalating the war behind the scenes. You may remember Trump started out his campaign claiming he had a secret plan to defeat Isis and has been relentlessly hammering Hillary Clinton for voting for the disastrous Iraq war. Yet at the same time, he supported that war at the time, and has made several comments suggesting he would engage in war crimes, such as torture and killing the families of terrorists.

One things for sure: a Trump administration would turn into a golden age for leaks. Just look at the debacle over the plagiarism scandal surrounding Melina Trumps speech on Monday. There are different factions in his campaign constantly trying to backstab each other by anonymously leaking to the press. Much like under Nixon, and even in a climate of heightened fear for news organizations, you can bet there will be no shortage of civil service employees willing to tell the press all the crimes happening behind closed doors especially now that Trump is promising to fire them en masse.