If enacted, the bill would be the largest single transfer of wealth to the rich from the middle class and poor in American history 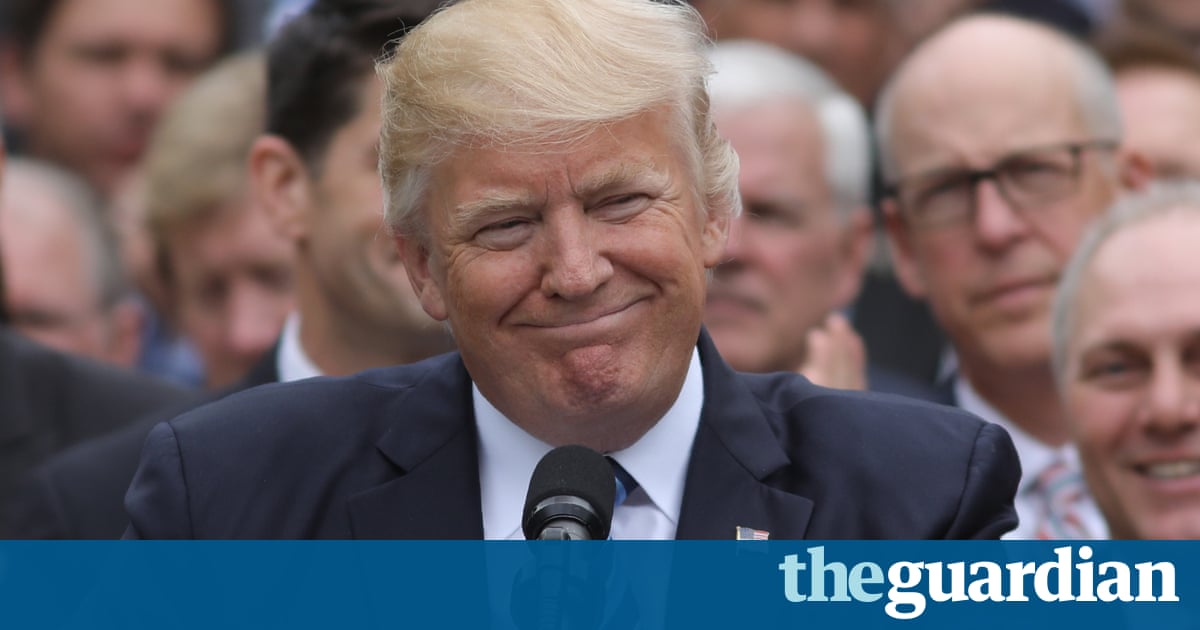 The Senates bill to repeal the Affordable Care Act is not a healthcare bill. Its a tax cut for the wealthiest Americans, paid for by a dramatic reduction in healthcare funding for approximately 23 million poor, disabled, working and middle-class Americans.

Americas wealthiest taxpayers (earning more than $200,000 a year, $250,000 for couples) would get a tax cut totaling $346bn over 10 years, representing what they save from no longer financing healthcare for lower-income Americans.

Thats not all. The bill would save an additional $400bn on Medicaid, which Mitch McConnell, Paul Ryan, and Donald Trump are intent on shrinking in order to cut even more taxes for the wealthy and for big corporations.

If enacted, it would be the largest single transfer of wealth to the rich from the middle class and poor in American history.

This disgrace is being proposed at a time when the countrys rich receive the highest percentage of Americas income since the era of the robber barons of the late nineteenth century.

Almost all of the transfer is hidden inside a bill thats supposed to be a kinder and gentler version of its House counterpart, which Trump called mean, mean, mean.

Look closely and its even meaner.

The Senate bill appears to retain the Affordable Care Acts subsidies for poorer Americans. But starting in 2020, the subsidies would no longer be available for many of the working poor who now receive them, nor for anyone whos not eligible for Medicaid.

Another illusion: the bill seems to keep the Affordable Care Acts Medicaid expansion. But the expansion is phased out, starting in 2021.

The core of the bill where its biggest savings come from is a huge reduction in Medicaid, Americas healthcare program for the poor, elderly and disabled.

This, too, is disguised. States would receive an amount of money per Medicaid recipient that appears to grow as healthcare costs rise.

But starting in 2025, the payments would be based on how fast costs rise in the economy as a whole.

Yet medical costs are rising faster than overall costs. Theyll almost surely continue to do so as Americas elderly population grows, and as new medical devices, technologies, and drugs prolong life. Which means that after 2025, Medicaid coverage will shrink.

The nonpartisan Urban Institute estimates that between 2025 and 2035, about $467bn less will be spent on Medicaid than would be spent than if Medicaid funding were to keep up with the expected rise in medical costs.

The states would have to make up the difference, but many wont want to or be able to.

So insurance companies could technically cover people with pre-existing conditions for the cost of, say, their visits to a doctor, but not hospitalization, drugs, or anything else they need.

The Senate bill only seems like a kinder, gentler version of the House repeal of the Affordable Care Act, but over time it would be even crueler.

Will the American public find out? Not if McConnell can help it.

He hasnt scheduled a single hearing on the bill.

McConnell thinks hes found a quiet way not only to repeal the Affordable Care Act but also to unravel Medicaid and funnel the savings to the rich.

For years, Republicans have been looking for ways to undermine Americas three core social insurance programs Medicaid, Medicare and social security. The three constitute the major legacy of the Democrats, of Franklin D Roosevelt and Lyndon Johnson. All continue to be immensely popular.

Barack Obamas Affordable Care Act is almost part of that legacy. Its not on quite as solid a footing as the others because its still new, and some wrinkles need to be ironed out. But most Americans support it.

Now McConnell believes he can begin to undo the legacy, starting with the Affordable Care Act and, gradually, Medicaid.

But he knows he has to do it in secret if hes to be successful.

If this shameful bill is enacted, McConnell and Trump as well as every Republican senator who signs on will bear the burden of hundreds of thousands of deaths that could have been avoided, were they not so determined to make rich Americans even richer.