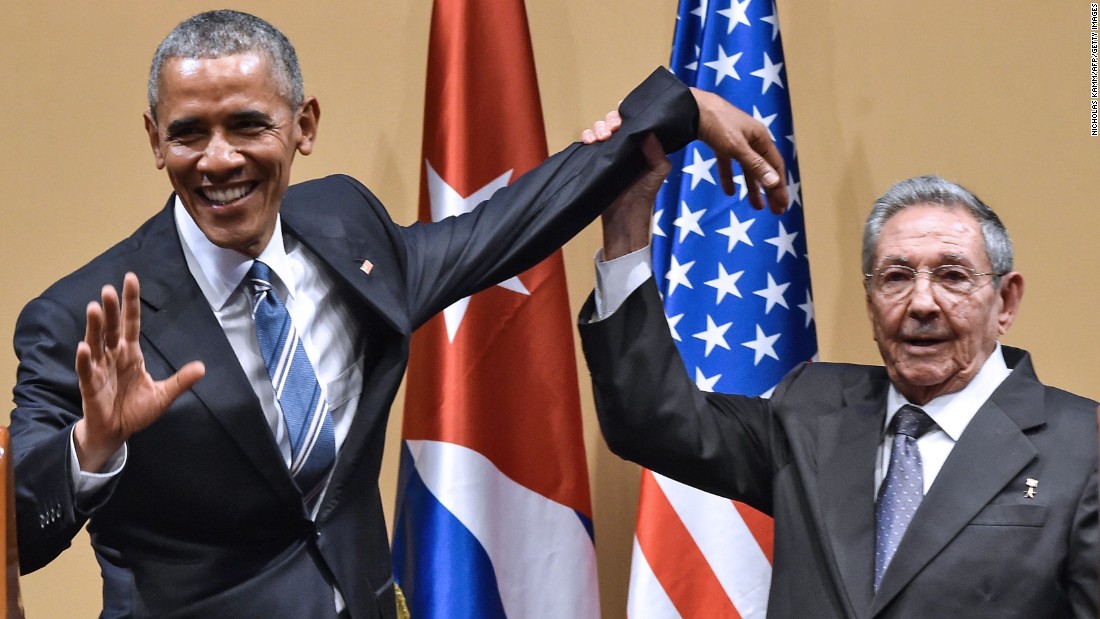 Washington (CNN)President Donald Trump is expected to reveal his administration’s new policy toward Cuba in a speech in Miami next Friday, according to two US officials.

Miami has long been an enclave for anti-Castro Cuban exiles.
US officials said Trump is likely to blast the Cuban government for human rights abuses and impose sanctions on officials suspected of carrying out the repression of dissidents. The officials also previously said Trump is expected to demand that US fugitives of justice, such as Assata Shakur, who received political asylum on the island after being convicted of killing a New Jersey state trooper and escaping from a US prison, be extradited.
The Obama administration’s changes were viewed as a significant relaxation of tensions between US and Cuba since Fidel Castro’s 1959 revolution. During his time in office, President Barack Obama exchanged prisoners with the Cuban government, reestablished diplomatic relations with Havana and became the first US president since 1928 to visit Cuba.
In January, Cuban President Raul Castro, who has said he will step down in February 2018, said his government wished “to pursue a respectful dialogue and cooperation on topics of common interest with the new government of President Donald Trump.”
White House press secretary Sean Spicer indicated in February that a tougher posture toward Cuba could be in the works.
“We are in the midst of a full review of all US policies towards Cuba,” Spicer said. “The President is committed to an agenda of ensuring human rights for all citizens throughout the world and as we review those policies in Cuba, that will be forefront in those policy discussions.”
Cuban officials have not yet commented on news of Trump’s speech or potential policy changes.