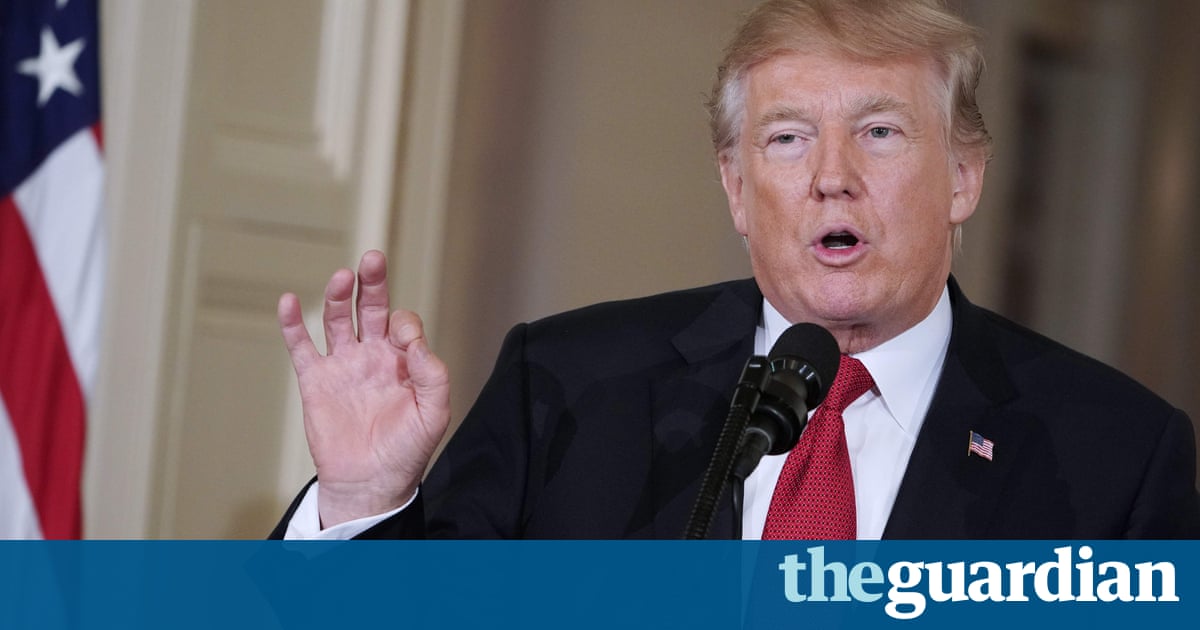 Donald Trump is expected to disavow the Iran nuclear deal in a speech on Friday denouncing the government in Tehran, but he will not call for the US to abandon the agreement, according to officials briefed on the president’s intentions.

European officials expressed relief that the White House speech did not appear to represent a US abrogation of the 2015 deal.

Since Trump signaled in recent months that he did not want to constantly certify to Congress a deal which he detested, European diplomats have been lobbying intensively in Washington to stop the US walking out of the accord entirely.

“Of all the places it could have been on the spectrum, this is very much at the better end,” one European official said.

However, the speech will take a tough stance towards Iran, which will raise tensions and is likely to cause friction in transatlantic ties. The US president will say the steps Iran has taken as its part of the deal are not proportionate to the sanctions relief the country has been granted.

Trump will not ask Congress to reimpose sanctions, which would most likely cause the collapse of the 2015 agreement. Instead, the president will recommend Congress amends its own legislation so that Iranian infringements of the deal, and potentially other actions outside the scope of the agreement, would automatically trigger the reimposition of those sanctions.

Trump’s speech will include a list of allegations of malign Iranian behaviour, focusing on its ballistic missile programme, its role propping up the Syrian regime of Bashar al-Assad and its support for the Lebanese Shia militia, Hezbollah.

Trump will also impose sanctions on members of Iran’s Islamic Revolutionary Guard Corps (IRGC), focused on its support of militant groups abroad – but will not go as far as listing the IRGC as a terrorist group.

The greatest European fear was that Trump would torpedo the nuclear deal, known as the Joint Comprehensive Plan of Action (JCPOA), by reimposing sanctions, or calling on Congress to do so. That does not appear be Trump’s plan – although officials cautioned he could change his mind at the last moment.

Instead, the president will say his administration is willing to work with Congress and US allies to fix the “flaws” in the agreement, and vow to impose more vigorous verification of Iranian compliance.

“In effect, he is saying if Iran goes one millilitre over the limits in the JCPOA, the US will leave. There will be no flexibility,” a senior official said.

Trump will ask Congress to amend 2015 legislation known as the Iran Nuclear Agreement Review Act (INARA), to insert automatic triggers for the reimposition of sanctions and to change a clause thatrequires him to certify the agreement every 90 days, a source of political embarrassment as he has repeatedly denounced it as the “worst deal ever”.

Under a new version being negotiated with Congress, he would have to endorse the deal less frequency but the US intelligence community would have to assess whether Iran is carrying out covert activity in facilities not visited by the IAEA.

Under the Obama administration, Iran’s stockpile of heavy water (that can be used in certain nuclear reactors) twice went above the agreed limits, although according to the latest report by the International Atomic Energy Agency, it is now well below that benchmark. Trump will signal he will not be so accommodating.

The other signatories to the JCPOA – the UK, France, Germany, Russia, China and Iran, have said it is not realistic to try to renegotiate its terms. However, the European signatories have said they were ready to discuss how it can be bolstered by stiffer measures aimed at Iran’s missile programme, and what nuclear agreement might follow the JCPOA.