President indicates readiness to slap tariffs on the entirety of Chinese goods, saying it is the right thing to do for our country 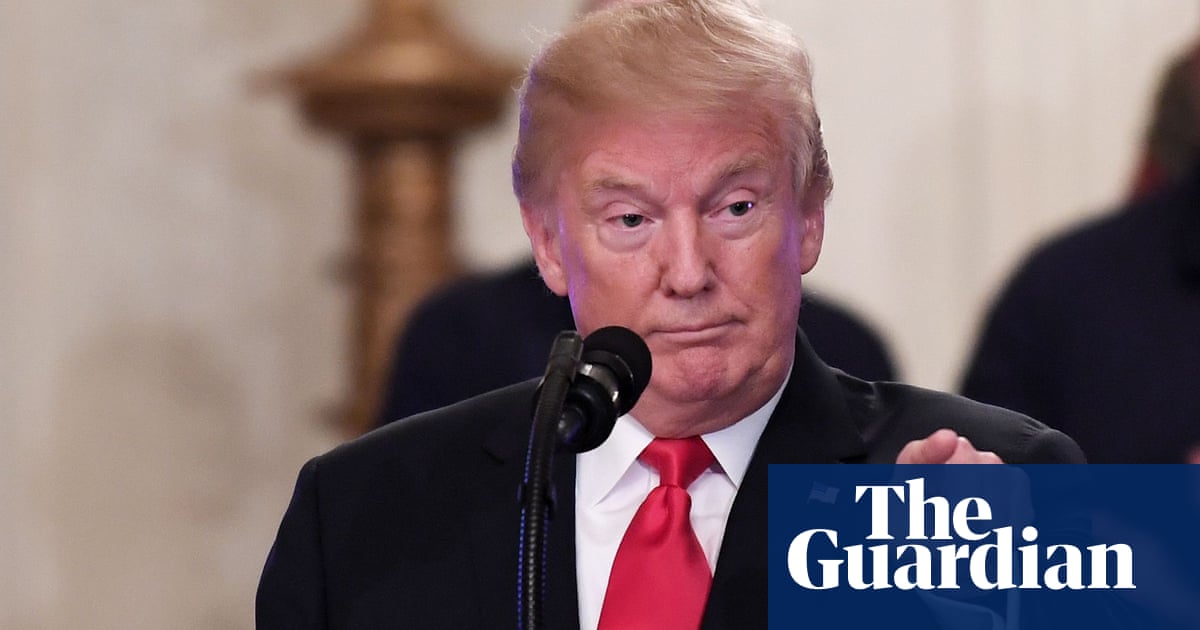 Donald Trump escalated economic global tensions on Friday, lashing out a range of targets that included the European Union, the Federal Reserve and China, indicating that he is prepared to raise tariffs on Chinese imports from $34bn to cover the entire $505bn of Chinese imports.

“I’m willing to go to 500,” he said during a taped interview with the business channel CNBC, an escalation he was prepared to makebecause it “was the right thing to do for our country” and because the rise in stocks – the S&P 500 is up 31% since his election – allowed him to pursue a more aggressive trade policy.

Trump also turned to Twitter to predict that US soybean farmers will emerge victorious from the US-China trade dispute.

“Farmers have been on a downward trend for 15 years. The price of soybeans has fallen 50% since 5 years before the Election. A big reason is bad (terrible) Trade Deals with other countries. They put on massive Tariffs and Barriers. Canada charges 275% on Dairy. Farmers will WIN!”

Trump’s comments caused the Dow Jones Industrial Average to register a slight dip before the opening stock market bell in New York, though it then shook off the president’s threat and rose again on strong US corporate earnings growth.

The US president did not limit himself to commenting on tariffs and trade, and he accused China and the EU of currency manipulation.

“China, the European Union and others have been manipulating their currencies and interest rates lower, while the US is raising rates while the dollar gets stronger and stronger with each passing day – taking away our big competitive edge.”

He added: “As usual, not a level playing field …”

While the Trump administration has stopped short of honoring a campaign pledge to formally designate China as a currency manipulator, the president’s stream of consciousness approach to economic issues, andwhat many experts perceive as the dangers of unintended consequences, is causing alarm in foreign capitals and central banks.

The president’s latest finance-focused comments come ahead of the visit of the European commission president, Jean-Claude Juncker, to Washington next week for talks aimed at heading off a US-European trade war. Juncker is set to meet Trump on Wednesday.

Angela Merkel, the German chancellor who used her annual summer press conference to warn of a proposed 25% US tariff on European cars and components on national security grounds, said Juncker “will be making suggestions there about how we can enter into a discussion process to avoid this”.