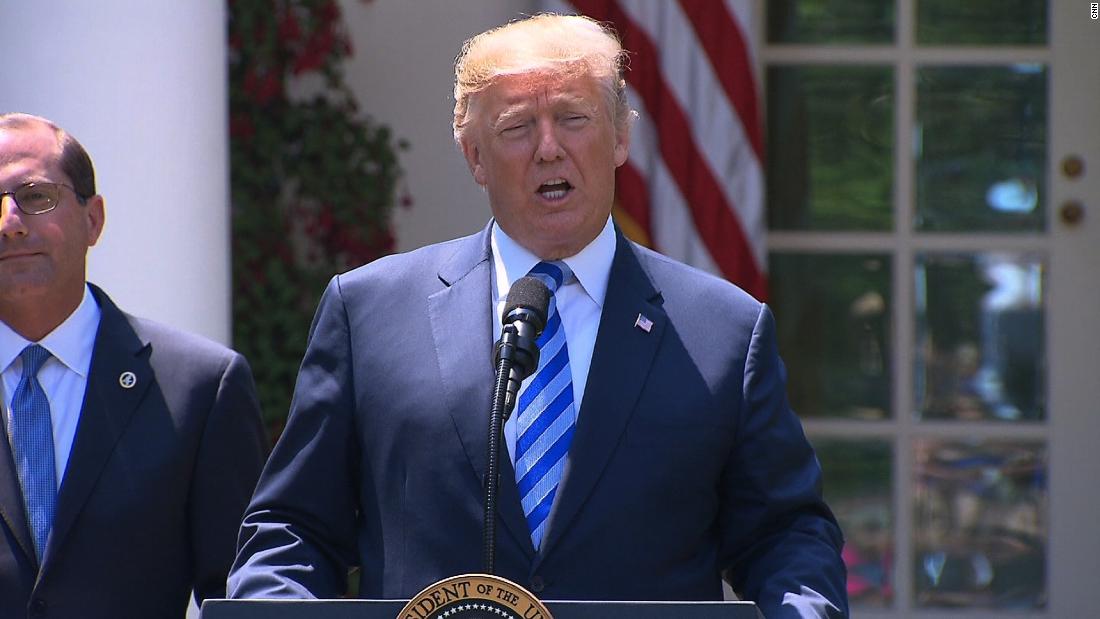 Washington (CNN)President Donald Trump said Saturday that the Senate should approve a government spending package that includes funding for border security and a wall before the August break or not go on recess.

Congress passed a $1.3 trillion spending bill in March that will fund the government through the end of September. That legislation included $1.6 billion in border security funding.
But Trump has made clear he wants more money allocated, and he even floated the possibility at a rally last month that he might support a government shutdown in the fall if Congress does not provide what he believes to be adequate funding for border security.
It is unclear why the President did not mention the House of Representatives in his tweet on Saturday, but the margin of Republican control of the Senate is narrower than in the House, making it potentially more challenging for Trump’s priorities to win passage in the upper chamber.
Trump has frequently accused Democrats of obstructing his nominations, but there are a number of administration positions requiring Senate confirmation that do not have a nominee.
According to a tracker from The Washington Post in collaboration with the Partnership for Public Service, there is no nominee for more than 200 of the 650-plus key executive branch positions that need confirmation by the Senate.
The average time it takes to confirm a nominee under the Trump administration is 84 days, according to the Post’s tracker, which is a longer period of time than for recent administrations, including those of former Presidents Barack Obama and George W. Bush.