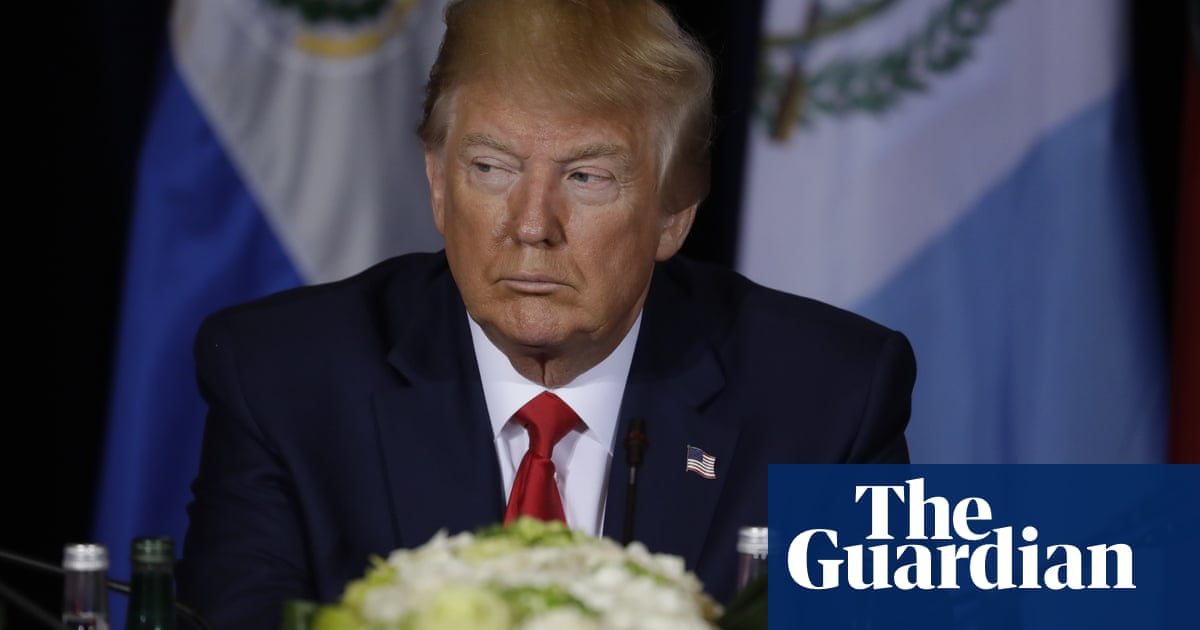 But documentation has never before emerged, as it did on Wednesday, of Trump as US president asking a foreign leader for dirt on his political opponents. And there’s reason to believe that much more, and worse, is about to come out.

The perception surged on Wednesday that Trump’s misdeeds might have just caught up with him.

“If I got a transcript like the Trump-Ukraine call in a regular criminal case for bribery or extortion, I’d think, ‘Wow, I’m surprised they’re discussing this so openly and clearly,’” tweeted Elie Honig, a former federal prosecutor who worked on mafia cases in the southern district of New York.

“I think the precise legal term for this is, ‘Holy crap,’” tweeted Randall Eliason, a professor at George Washington University school of law.

“The president of the United States has betrayed our country,” tweeted Hillary Clinton, the 2016 Democratic presidential nominee. “That’s not a political statement – it’s a harsh reality, and we must act. He is a clear and present danger to the things that keep us strong and free.”

Before the White House’s release of the phone call summary, the dam of Democratic reluctance to open impeachment proceedings against Trump had already broken. The question now is whether the torrent of damning information likely to emerge in the coming days about interactions between Trump, lawyer Rudy Giuliani, the US attorney general, William Barr, and Ukrainian officials will be enough to sweep aside the substantial barriers that have to this point protected Trump, starting with the support of Republicans in Congress.

“The only conclusion I can reach after reading that devastating call summary is that Trump’s White House staff want him to resign or be impeached,” tweeted Ken Gude, a former progressive thinktank executive. “That’s the only explanation I can come up with for why they would release this call summary.”

Anyone holding their breath for Republicans to turn on Trump would have long since expired. But there are signs that Trump is now in deeper trouble than he was, for example, with the release of special counsel Robert Mueller’s report.

Trump is lugging a low 40s approval rating into a 2020 re-election fight which even some fellow Republicans expect him to lose, making for a political vulnerability perhaps reflected in the early reaction among Republicans to reports of a whistleblower complaint against Trump over his conversations with the Ukrainian president.

Every Republican senator voted for a resolution advanced by Democrats on Tuesday calling for the whistleblower complaint to be immediately provided to the House and Senate intelligence committees, which the White House has so far refused to do. Unanimity in the Senate is rare these days, especially on matters pertaining to Trump.

The Republican chairman of the Senate intelligence committee additionally joined Democrats in calling for the committee to interview the whistleblower. And Republicans in the Senate led by Mitt Romney, the former presidential candidate who represents Utah, have expressed concern about Trump’s actions.

“I did read the transcript,” Romney told reporters on Capitol Hill on Wednesday. “It remains troubling in the extreme, it’s deeply troubling.”

But Trump still has significant padding against the impeachment threat. About 20 Republican defections against Trump in the Senate would be required to remove him from office. And his closest allies showed no sign of budging.

“Wow,” tweeted the Republican senator Lindsey Graham, who was a leader of the effort in 1998 to impeach Bill Clinton for lying about his relationship with Monica Lewinsky. “Impeachment over this? What a nothing (non-quid pro quo) burger. Democrats have lost their minds when it comes to President @realDonaldTrump.”

But the stark nature of Trump’s request of a foreign leader for help against a political opponent seemed to carry him into unprecedented hazards.

“If this ‘transcript’ is supposed exoneration of Trump, can’t imagine what the inculpatory evidence looks like, tweeted Neal Katyal, a former US acting solicitor general.

The allegedly criminal nature of the act was even acknowledged on Tuesday on Fox News, typically terrain where Trump can do no wrong.

“It is a crime for the president to solicit aid for his campaign from a foreign government,” Judge Andrew Napolitano, a regular Fox analyst, said. “This is the same crime for which the Trump Organization was investigated by Bob Mueller, who decided not to seek an indictment because there wasn’t enough evidence.”

That is not why Mueller decided not to seek an indictment; in fact, Mueller said he was deferring to justice department guidelines against indicting a sitting president.