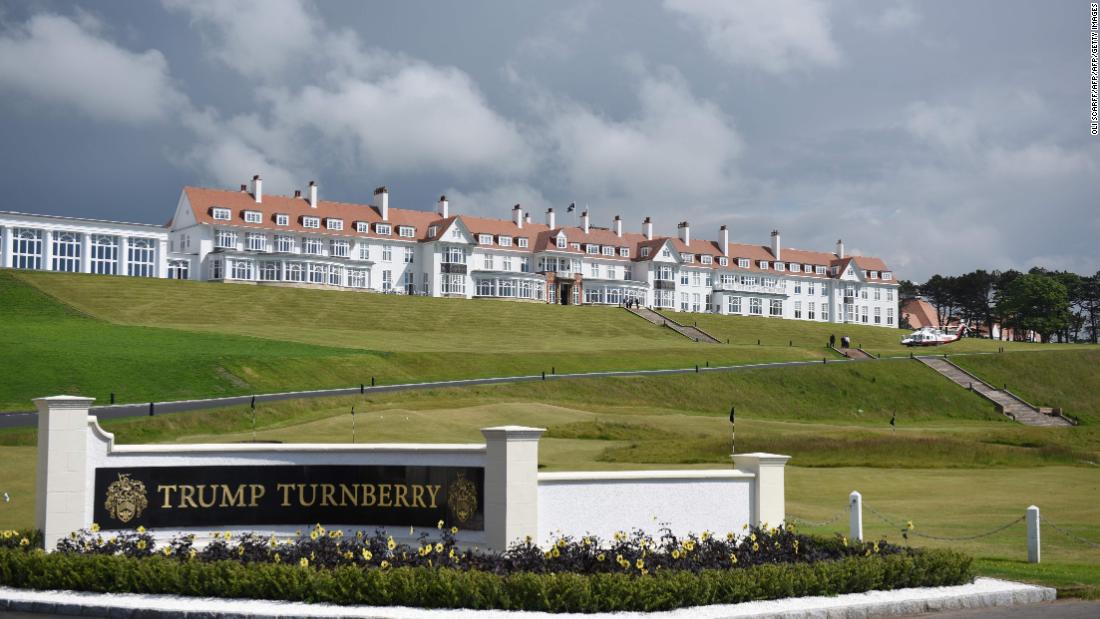 (CNN)Though President Trump frequents his own Trump-branded golf courses regularly, taking foreign leaders onto the green and to the clubs for meals, the golf courses made him less money in his first year as President than before he took office.

Of the 17 golf companies listed on the filing, 14 of them saw losses from the previous year.
The President saw a 27% cut in his income from the Trump National Golf Course outside Washington, where he’s visited more than 20 times since taking office.
He took the biggest hit, a 35% drop, at the Trump National Doral golf course. Trump reported $115,865,590 last year and $74,755,375 in the most recent filing. The financial disclosure also reports mortgage loans of up to $75,000,000 for the Miami golf course.
In total, Trump carries as much as $1.25 billion in mortgages that will mature in the next five to seven years for three of his golf courses.
There was one new golf company listed that brought in $270,000 in income. Golf Productions LLC, which on 2017 financial disclosures listed Trump and his daughter Ivanka Trump as president and vice president since 2009, is described in a previous filing as a golf video production company. Neither Trump had previously reported income from their roles with the company.
The Trump Turnberry course in Scotland did see a nearly $6 million spike in 2017, which is a significant 41% increase. A CNN report in October 2017 revealed that the Turnberry golf resort had been suffering in 2016, losing more than $20 million that year. The resort was closed for six months of renovations in 2016. In June of that year, Trump’s son Eric Trump unveiled a new layout for the resort’s “King Robert the Bruce” course.
Overall, Trump earned $214,702,692 from his golf-related companies and that money went into a trust he set up when he became President. Trump did not sell his business holdings but rather stepped down from leadership positions and transferred the companies into this trust, where the profits will accrue for when he leaves office.
Trump previously released financial disclosures as a candidate in May 2016 and again in 2017 after he took office.