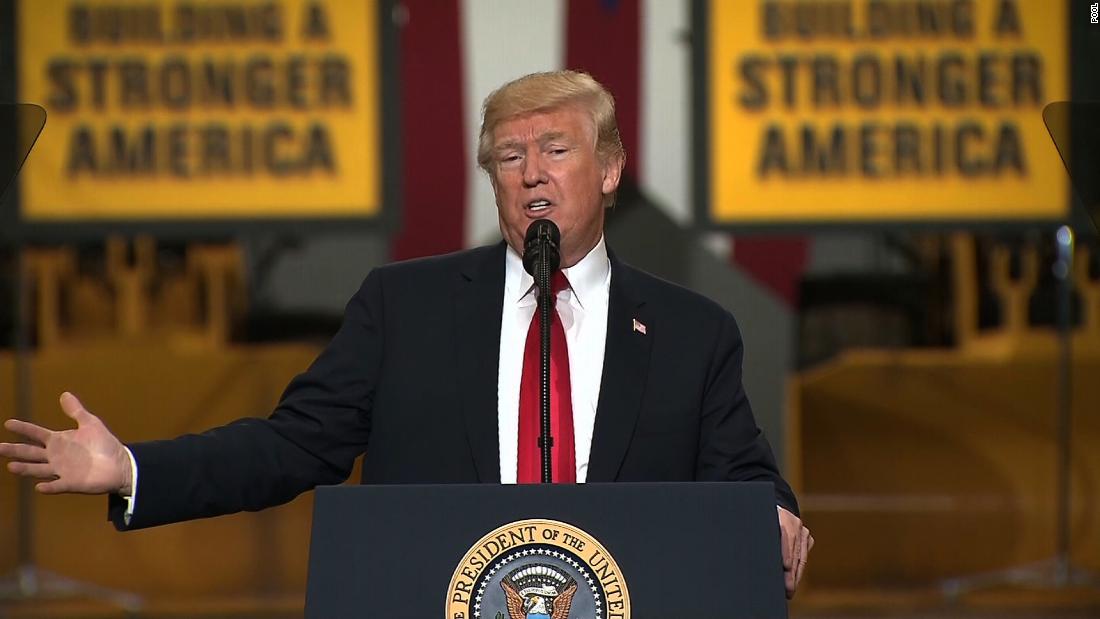 (CNN)President Donald Trump placed a hold on more than $200 million in recovery funds for Syria this week, demanding more information on how the money is being used, senior State Department officials have confirmed to CNN.

The funding was to be used for basic infrastructure projects, such as restoring power and water and rebuilding roads. Then-Secretary of State Rex Tillerson announced the funding last month at an aid conference in Kuwait.
The hold on the money, first reported by The Wall Street Journal, signals an about-face for Trump, who just months ago agreed to an open-ended strategy to defeat the remnants of ISIS and prevent a power vacuum that would allow them to return or other powers like Iran to fill the void. In January, Trump signed off on a major speech by Tillerson in which he laid out the strategy for the country, declaring “it is vital for the United States to remain engaged in Syria.”
But by mid-February, Trump told top aides he wanted American troops out of Syria as soon as victory could be declared, two administration officials said. Shortly after that, Trump said the United States was in Syria to “get rid of ISIS and go home” during a press conference with Australian Prime Minister Malcolm Turnbull.
During a speech in Ohio on Thursday, Trump went further, saying, “We’ll be coming out of Syria, like, very soon. Let the other people take care of it now. Very soon — very soon, we’re coming out.”
Trump grew angry after reading a story in The Washington Post about the money, the officials confirmed. White House chief of staff John Kelly called Deputy Secretary of State John Sullivan, who is serving as acting secretary until Mike Pompeo is confirmed, to tell him Trump was ordering the money be frozen.
The hold on the aid isn’t necessarily permanent, and officials said it will be discussed this week at senior-level interagency meetings, including a National Security Council meeting, to address the status of the anti-ISIS campaign.
The State Department said in a statement that it continually reviews appropriate assistance levels and continues to work with the international community, members of the anti-ISIS coalition, and partners on the ground to provide much-needed stabilization support to vulnerable areas in Syria.
“The United States is working every day on the ground and with the international community to help stabilize those areas liberated from ISIS and identify ways to move forward with reconstruction once there has been a peaceful political transition away from (Syrian President Bashar al-) Assad,” the statement said.
But the hold on funding, coupled with Trump’s comments this week, have raised alarm bells at the State Department that the US could leave precipitously. The department and Pentagon were planning for a gradual shift from a military-led campaign to a diplomatic mission involving rebuilding of areas liberated from ISIS to prevent their return.
Officials already point to a resurgence of ISIS in some areas after Kurdish fighters had to divert their attention to fight Turkish forces conducting operations in northern Syria.
“The hold on this money only compounds the problem,” one senior State Department official said. “It’s pretty depressing.”
This story has been updated to reflect the actual prime minister of Australia.